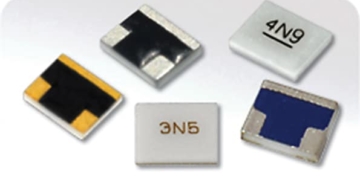 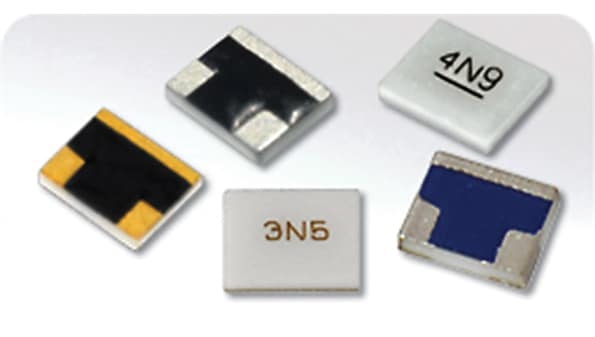 0
SHARES
226
VIEWS
Attenuators can control signal amplitudes in a variety of ways, even with attenuation that changes as a function of temperature.
Oct 2, 2015 Jack Browne | Microwaves and RF
source: MWRF article
Amplitude control in a system, at various power levels and frequencies, is important for countless reasons. It’s a task usually bestowed upon one of the most essential of components—the attenuator. But specifying an attenuator is rarely simple, since system-level applications often require attenuation under very specific operating conditions, and be maintained even as temperature, frequency, and pulse widths change in a system. Attenuators are also available in many different package styles and formats. Therefore, it helps to get a closer look at how the different attenuators perform when attempting to specify an RF/microwave attenuator to a particular application.

Selecting an attenuator for an application requires a great deal of filtering through specifications. Often, it’s more than just a simple matter of sorting through performance variables and picking a type of package. That’s because some performance limit, such as power-handling capability, will greatly influence the type and size of package.

1. The LPAR50-dB-1WWP series of attenuators can handle 50-W average power and 2.5-kW peak power from 0.689 to 2.7 GHz while maintaining low passive-intermodulation (PIM) distortion. (Courtesy of MECA)

Tremendous progress has been made in circuit materials and attenuator designs during the last few decades. However, smaller attenuators, such as surface-mount-technology (SMT) components, are still limited in power-handling capabilities compared to larger attenuators in metal packages with coaxial connectors or waveguide signal ports.

Many key performance parameters, such as insertion loss, attenuation accuracy, and power-handling capability, were reviewed in an earlier article on attenuators. The article also provided a brief review of the mechanical options for RF/microwave attenuators, including fixed, continuously variable, and programmable attenuators that change attenuation in discrete steps.

One parameter that’s growing in importance for various types of attenuators is the passive-intermodulation (PIM) distortion level. Such distortion, found in passive components like cables, connectors, and attenuators, can be caused by the unwanted mixing of multiple signals. Low PIM is critical to achieving dependable performance in cellular basestations and other communications systems using complex modulation schemes.

More companies than ever now offer fixed and variable attenuators with low PIM levels, such as the LPAR50-dB-1WWP series of low PIM fixed attenuators from MECA. Multiple-attenuator configurations are available, including 15, 20, 30, and 40 dB. Although supplied in somewhat large enclosures (Fig. 1), they are designed to handle high power levels and are capable of 50 W average power and 2.5 kW peak power from 0.689 to 2.7 GHz. The devices are supplied with 7/16 and Type N connectors insulated with virgin-grade polytetrafluoroethylene material (PTFE) to minimize the generation of PIM at high power levels, even during attenuation of the signal amplitude.

Temp-Variable Attenuators on the Rise

The technology isn’t new. One form of it was actually patented in the early 1990s by EMC Technology, a pioneer in the technology. The firm’s Thermopad temperature-variable attenuator line is winning over more designers as a solution for RF/microwave amplitude variations caused by changes in temperature.

The patented technology combines level setting and temperature compensation in a single device, helping to reduce component counts and costs. The totally passive Thermopad temperature-variable attenuators add little or no distortion to a system, and they can be supplied with attenuation/temperature responses tailored to the needs of a system or circuit, with negative and positive coefficients of attenuation possible.

The Thermopad attenuators have minimal effect on signal phase or time-domain response, which means minimal distortion on complex I/Q signal modulation formats. Models in the company’s MTVA line of absorptive RF/microwave attenuators (Fig. 2), for example, come in compact surface-mount housings that are smaller at higher frequencies, and feature attenuation values from 1 to 9 dB at frequencies from dc to 18 GHz.

Other players in the temperature-variable attenuator market include Thin Film Technology Corp. and International Manufacturing Services (IMS). Thin Film Technology offers the ATV0805J Series of temperature-variable attenuators in a compact 0805 package style (0.079 × 0.049 × 0.035 in.). These RoHS-compliant components are fabricated with thermally sensitive thermistor material on alumina substrates. The product line, usable from dc to 10 GHz, is available with attenuation values from 1 to 6 dB and an attenuation tolerance of ±0.5 dB. They are rated for power levels to 63 mW.

IMS enables circuit designers to tackle effective dissipation of heat through its Therma-Bridge and Therma-Plane series of resistive components—the AV-0805 line of thin-film temperature-variable chip attenuators. Fabricated on alumina substrate material, these surface-mount devices are characterized to 5 GHz and available in attenuation values from 1 to 10 dB in 1-dB increments. Eight or nine attenuation-versus-temperature response curves are available for the attenuators, depending on attenuation value. The compact chips are operate in the –40 to +100°C temperature range, and are rated for power levels to 63 mW.

What’s been covered here represents just a few examples of how attenuators are evolving to handle amplitude-control issues in RF/microwave systems. As demonstrated by MECA’s attenuator, high-power handling capabilities still require considerable physical size to dissipate heat, which will limit the power-handling capabilities of chip-sized attenuators.

Resistive materials continue to advance, though. As a result, more circuit and system designers are discovering the effectiveness of adding attenuation (in particular, temperature-variable attenuation) in series with power amplifiers to help level the amplitude gain response in systems such as cellular-communications base stations, cable-television (CATV) infrastructure equipment, and satellite-communications (satcom) systems equipment.