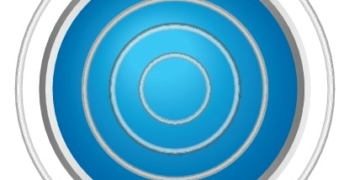 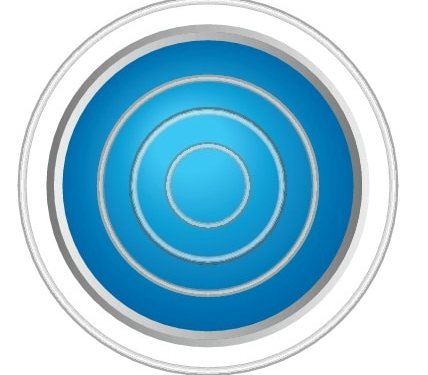 Automotive systems represent a growing area of opportunity for passives and capacitors in particular. Driver assistance systems, for example, utilize millimeter wave (mmwave) radar at 77GHz for adaptive cruise control, blind-spot detection and long-range, forward-looking collision warning (FCW). In a collision warning system, a 77 GHz transmitter emits signals reflected from objects ahead, at the side and to the rear of the vehicle and are captured by multiple receivers integrated throughout the vehicle.

Last month in MarketEYE Dennis Zogbi pointed out that the global market for ceramic capacitors used in the microwave and millimeter wave spectrum from 1 GHz to 300 Ghz was in the hundreds of millions of dollars for FY 2015 and global unit consumption is in the hundreds of millions of pieces per year (see New Growth Markets for Electronic Capacitors in the Microwave Frequency Range, Dec. 14, 2015). With vehicle safety becoming a key selling point and an effective way for automakers to differentiate their vehicles from competitors, global sales of automotive radar systems alone will total $4.38 billion in 2020, according to the research firm IHS Automotive.

In comparison with laser-light based systems mmwave radar is characterized by its superior performance under adverse conditions such as rain, fog and road grime. Also, with a shorter wavelength than microwave, mmwave radar can have smaller antennas for transmitting the radar beam. Ordinary pulsed radar, which detects the range to a target by emitting a short pulse and observing the time of flight of the target echo, requires the radar to have high instantaneous transmit power and often results in a radar with a large and expensive physical structure. Frequency-modulated continuous-wave (FMCW) radars achieve similar results using much smaller instantaneous transmit power and physical size by continuously emitting periodic pulses whose frequency content varies with time. With FMCW the radar system can measure both distance and range velocity simultaneously with a high degree of precision.

Designing passives into modules and systems intended for use in applications such as collision avoidance radar requires facing the choice of either using integrated passive device technology or employing external discrete passive components. Surface area on a PCB is expensive and in the RF range performance of large passives can be lower than desired given that passive components operating at mmwave frequencies presents challenges due to ohmic loss and parasitic inductance and capacitance. As a result, GaAs processes increasingly are being utilized to fabricate reliable and low-cost monolithic microwave integrated circuits (MMICs), with high yield production of both transistors and passive elements (i.e., resistors, metal-insulator-metal [MIM] capacitors, and inductors).

The MIM capacitor is a parallel-plate capacitor formed by two planes of metal separated by a very thin (usually high K) dielectric. An advantage of MIM capacitors is that they are formed in the metal interconnect layers, thereby reducing CMOS transistor process integration complications.

Automotive safety systems such as radar must be as inexpensive as possible to produce, yet at the same time must also be absolutely fail safe. Integrated passive devices technology is a way of realizing high quality factor (Q) passives in low loss substrates (simply put the Q factor for a capacitor represents the ratio of energy stored in the capacitor to the energy dissipated as thermal losses in the equivalent series resistance at a given frequency).

High Q factor passives are important because the Q factor of passives typically reduces at mm-wave frequencies. For capacitors the Q factor becomes one of the most important characteristics at RF frequencies because equivalent series resistance (ESR) increases with frequency. This resistance creates additional thermal noise. In many applications noise levels can be critical and high-Q capacitors are used in order to maintain the desired signal-to-noise ratio. Dissipative losses increase as well. Again, this is why RF circuits typically use high-Q capacitors to reduce these high-frequency losses.

mmW GaAs designers need to make their MMIC designs for automotive radar systems as compact as possible. To increase the circuit density (and reduce cost, another design parameter) large capacitance density is essential. One common method to increase the capacitance density is reducing the dielectric thickness. However, reducing the dielectric thickness generates undesired high leakage current. Another problem is that the increase in capacitance density is usually accompanied by increased voltage nonlinearities. Further, as the dielectric thickness is reduced, it is more difficult to maintain the breakdown electric field and the reliability of the capacitor. So you have to also consider breakdown voltage. All of this notwithstanding, due to advances in MMIC production technologies 77GHz transmit/receive-chipsets complete with MIMs are readily available for system applications.

What’s coming with regard to automotive radar? Researchers the University of Massachusetts, Lowell, in work sponsored by Raytheon report they have come up with a new ink they used to print devices that can be tuned to generate or detect radio waves of specific frequencies. Radar systems, of course, operate by transmitting radio waves and then detecting the signals that return after the waves hit an object in their path.

The new ink was used to produce a voltage-variable capacitor (varactor). The researchers believe this is the first all-printed varactor, an essential electrical component used in automobile collision-avoidance systems (as well as cellphone towers). Another device that now may be printable thanks to the new ink is a filter that can block specific frequencies of electromagnetic radiation or allow them to pass through. Such filters prevent unwanted radiation from disrupting radar systems of all types, including the military and civilian aviation variety.

Statements of fact and or opinions expressed in MarketEYE by its contributors are the responsibility of the authors alone and do not imply an opinion of the officers or the representatives of TTI, Inc.