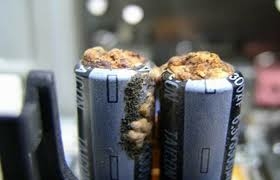 GAINESVILLE, USA– A Gainesville consumer has filed a class-action lawsuit against Samsung over allegations certain televisions are defective.

John Howe filed a complaint on behalf of all others similarly situated on Dec. 29 in the U.S. District Court for the Northern District of Florida, Gainesville Division against Samsung Electronics America Inc., Samsung Electronics Co. LTD, HH Greg Inc. and Gregg Appliances Inc. citing the Unfair and Deceptive Trade Practices Act and other counts.

According to the complaint, the plaintiff alleges that he suffered damages from purchasing a Samsung television set with faulty capacitors that prematurely fail, which shortens the life of the device. The plaintiff holds Samsung Electronics America Inc., Samsung Electronics Co. LTD, HH Greg Inc. and Gregg Appliances Inc. responsible because the defendants allegedly failed to provide a fix or recall the defective television sets despite having knowledge of the faulty capacitors in their product.

The plaintiff requests a trial by jury and seeks damages, interest, injunctive relief, all legal fees and any other relief as this court deems just. He is represented by Paul S. Rothstein in Gainesville.