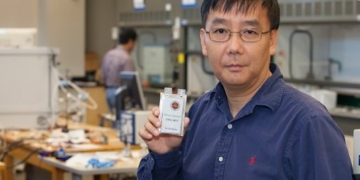 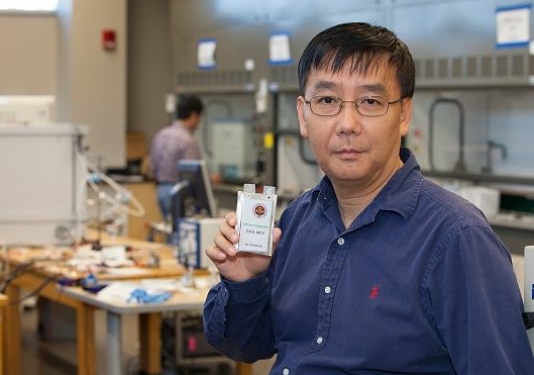 It’s the next big step in an invention the army is already using. Zheng invented a lithium ion capacitor that was a safer option than lithium batteries in radios used by soldiers. Batteries often over-heated while capacitors created energy surges that were more practical in the field.

“After they switched to our capacitor, it worked very well,” said Zheng, who has 18 patents, five of which are licensed for commercial use. He’s the Sprint Eminent Scholar Chair in Electrical and Computer Engineering Professor.

The army now wants the lithium ion capacitor idea to be used for other applications, such as vehicles and tanks. A micro-grid is currently the primary source of energy. But it is bulky and heavy due to lead-acid batteries currently used.

The hybrid idea is more than 20 years in the making, Zheng said, who previously worked for the army’s research lab in For Monmouth, New Jersey, in 1993. He came to FSU four years later with the hopes of creating a lesser expensive version of the capacitors he made for missiles.

“We are helping them to reduce the weight they carry and the soldier can be more mobile,” Zheng said.

General Capacitors, located on Hamilton Park Drive across from Tallahassee Community College, was created as a result of Zheng’s invention. With 15 employees, the company has more than doubled in sized in the last two and half years.

Plans are underway to create a “clean room” expansion that will boost the company’s productivity and create opportunities for 30 jobs overall, many of which are high-wage tech jobs.  As an engineer, Zheng said one of the most rewarding parts of his job is having an impact on society.

“Companies like General Capacitor are leading the way to rewriting our economic story here in Tallahassee,” said Jay Revell, vice president for the Tallahassee Chamber of Commerce. “We believe that research grants and similar opportunities that invest in the technology being developed here are a huge step in the right direction for diversifying our local economy. A more diverse economy will translate to more jobs and higher wages. That’s the path forward for our community.”