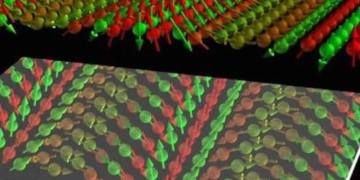 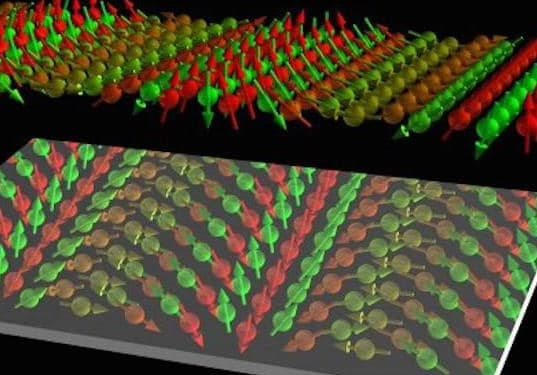 Superconductivity, which is almost incompatible with magneticfield, under certain conditions is able to promote magnetization. Russian scientist Natalya Pugach from the Skobeltsyn Institute of Nuclear Physics at the Lomonosov Moscow State University discovered this yet to be explained effect with her British colleagues, whose theory group headed by Professor Matthias Eschrig. They suggest that techniques based on this effect are able to move us closer to future supercomputers: spintronic devices. Their study was published in the prestigious Nature Physics journal.

The research team, which included Natalya Pugach from the Skobeltsyn Institute of Nuclear Physics, studied the interactions between superconductivity and magnetization in order to understand how to control electron spins (electron magnetic moments) and to create the new generation of electronics.

“Superconducting spintronic devices will demand far less energy and emit less heat. It means, that this technology will allow to create much more economical and stable computing machines and supercomputers”, — Natalya Pugach explains.

The main obstacle to the development of these devices lies in the fact, that the spins of the electron and of other charged particles are very difficult to control. The results of this new research show, that superconductors may be useful in the process of spin transportation, and ferromagnetics may be used to control spins.

“My colleagues experimented with devices called superconducting spin-valves. They look like a “sandwich”, made of nanolayers of ferromagnetic material, superconductor and other metals. By changing the direction of magnetization it is possible to control the current in superconductor. The thickness of layers is crucial, because in case of the “thick” superconductor it is impossible to see any interesting effects”, — Natalya Pugach explains.

During the experiments scientists bombarded the experimental samples with muons (particles that resemble electrons, but are 200 times heavier) and analyzed their dissipation scattering. This method gave the researchers the possibility to understand, how the magnetization proceeds in different layers of the sample.

The spin-valve consisted of two ferromagnetic cobalt layers, one superconductive niobium layer with thickness of approximately 150 atoms and a layer of gold. In the experiment researchers discovered an unexpected effect: when magnetization directions in two ferromagnetic layers were not parallel, the interaction between these layers and superconductive layer produced induced magnetization in the gold layer, “overjumping” the superconductor. When scientists changed the magnetization directions in two layers, making them parallel, this effect almost disappeared: field intensity experienced twentyfold decrease.

“This effect was unexpected. We were very surprised to discover it. Previously we tried to explain the results with another magnetization distribution pattern, that was predicted before, but in vain. We have some hypotheses, but we still do not have any complete explanation. But nevertheless this effect allows us to use the new method of manipulations with spins”, — Natalya Pugach says.

It is quite possible, that the finding will allow development to develop conceptually new spintronic elements. According to Natalya Pugach, superconductive spintronics technologies may help to build supercomputers and powerful servers, whose energy consumption and heat emission create much more problems than in case of ordinary desktop computers.

“Development of computer technologies was based on semiconductors. They are good for personal computers, but when you use these semiconductors to build supercomputers, they produce heat and noise, demand powerful cooling systems. Spintronics allows to solve all these problems”, — Natalya Pugach concludes.