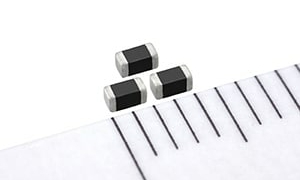 * To cut smartphone-related business to 30 pct from 40 pct

Japanese electronic parts maker TDK Corp aims to boost sales of automotive products to reduce its proportion of smartphone-related business to 30 percent of revenue from 40 percent, its new chief executive said on Wednesday.

“We hope to raise the weight of the automotive business, currently just 17 to 18 percent, to 30 percent as early as possible,” Shigenao Ishiguro told Reuters in an interview.

Japanese electronic components makers such as TDK and Murata Manufacturing Co Ltd prospered in recent years as suppliers to Apple Inc and other global smartphone makers. But a worldwide slowdown in smartphone sales is now forcing the manufacturers to find new revenue sources.

“There’s nothing new about a device reaching a maturity point,” Ishiguro said, noting the same scenario happened with personal computers.

In the past, the 81-year-old company rode out technological shifts. Once an audio tape maker, it enjoyed brisk sales of magnetic heads for hard disk drives until demand for personal computers tapered.

It then reinvented itself as a smartphone parts supplier with main products including rechargeable batteries and high-frequency filters that separate radio signals.

Drawing on its magnetic head technology, TDK is expanding sales of magnetic sensors that measure angles in the electric power steering systems and windscreen wipers of vehicles.

The company in talks with around 40 major automotive parts suppliers, Ishiguro said.

“We have several projects running with some clients,” he said, aiming to expand the automotive applications of the sensor. (Reporting by Makiko Yamazaki and Kentaro Hamada; Editing by Christopher Cushing)