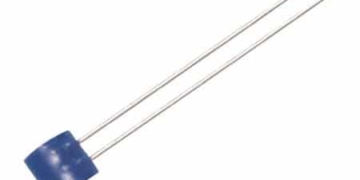 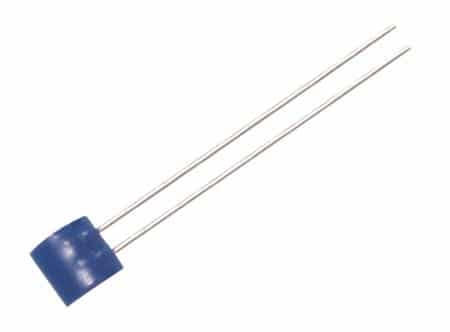 From thermocouples and thermistors to resistance-temperature-detectors (RTDs), temperature sensors are varied and ubiquitous, but it would be wise not to take them for granted. Each type comes with its own set of inherent pros and cons in terms of cost, reliability, linearity, and ease of use. In this feature we will take you through some classics, while also updating you on the state of the art, how to make best of them, and a good example or two of temperature sensor and silicon integration.

By far, the biggest challenge designers face when using temperature sensors is how and where the sensor is placed with respect to the object or environment being measured (the measurand). Even the type of package and how it is mounted can make a difference between satisfactory and unsatisfactory measurements. With signal levels so low, losses in the connecting wires are but one of the issues to be overcome, but more on that in upcoming features.

But it’s also highly non-linear and requires the use of significant linearization algorithms. It also produces very small output voltages of tens of µV/°C, requiring the use of analog amplification, and is susceptible to noise which means signal conditioning is required. And it is fairly accurate provided that accurate correct cold-junction compensation (CJC) and signal conditioning is provided. Experts agree that the signal-conditioning aspect of a thermocouple is a major challenge for temperature sensor users.

Fortunately, there are many inexpensive monolithic ICs on the market that help, like the Analog Devices ADT7420/ADT7320 (I2C/SPI outputs). It allows thermocouple cold-junction compensation with accuracy within ±0.25°C (Figure 1). Together with Analog Devices’ AD849x series of precision amplifiers, it provides convenient analog CJC for modern thermocouple sensor types.

The ADT7320/7420 16-bit sensors also have the added advantage of not requiring calibration. Recommended for new designs by ADI, start with the EVAL-ADT7420 evaluation board.

Thermistors: Low cost, but keep one eye on current

Another popular temperature sensor type is the thermistor, not least because of it’s very low cost (a few cents in large quantities). This thin-film sensor is quite small (a bead of about 4 mm in diameter with two leads) and it suits applications like over- and under-voltage shutdown instrumentation. It is highly sensitive and accurate, rugged, and flexible enough to be fitted into a variety of packages.

But it does have one problem. It is a self-heating device so proper care must be taken to limit the current being sensed to a low-enough value to minimize this challenge. It is also susceptible to moisture failure, though modern glass-encapsulated thermistors can be purchased to handle this problem, adding extra cost, of course. And software is needed to handle a thermistor’s inherent non-linearity.

For a higher price, a resistance-temperature detector (RTD) offers the best linearity and stability over a reasonably wide temperature range of about −250°C to 850°C, which is second only to a thermocouple. An RTD consists of a deposited film of copper or platinum. Its resistance increases with increasing temperatures in a known and repeatable manner, with excellent accuracy levels. RTDs like the F2020 series from Omega Engineering offer designers a flat 2×2 mm factor (Figure 2).

Higher integration for ease of use

Silicon integration levels for temperature sensors are on the rise. A designer can purchase not just the sensor element, but also the analog-to-digital converter (ADC), signal-conditioning, filtering, and other functions all on a single chip.

One of the more recent devices is the MCP9600-I/MX from Microchip Technology (Figure 3).

It is the industry’s first integrated thermocouple IC that enables the display of thermocouple temperatures in °C, simplifying the design of thermocouple sensing systems and reducing development costs. It includes precision instrumentation, precision temperature measurement, a high-resolution analog-to-digital converter (ADC), a temperature-data digital filter, a math engine, and is pre-programmed with firmware for a broad range of thermocouple types like K, J, T, N, S, E, B, and R.

For a totally integrated CJC solution, try the Texas Instruments’ ADS1018 ADC. This 12-bit 5V unit in an ultra-small (2×1.5×0.4 mm) X2FN package is designed for thermocouples but can also be used with thermistors (Figure 4). The SPI-compatible very low current device suits portable applications in process control.