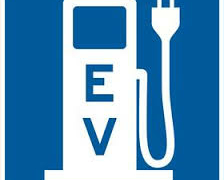 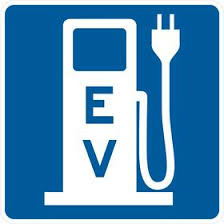 Electric vehicles (EVs) are growing in numbers worldwide as an increasing amount of automotive manufacturers produce their own versions of the electric car. While these vehicles are still limited in range by the charge capacity of their batteries, the number of charging stations is increasing, providing more charging options for EV owners at farther distances from their home charging stations (essentially their home connections to the power grid).

One of the important components in maintaining the reliability of these road-side charging stations is the busbar- a key component in the power-distribution circuitry that transfers electricity from a source to the input connector for an EV’s charging circuitry. To balance the power distribution requirements of different Electric Vehicle Service Equipment (EVSE) external charging systems, a laminated busbar design with integral film capacitor features low equivalent series resistance (ESR) and low equivalent series inductance (ESL) for handling the DC link requirements of modern EVSE commercial EV charging stations.

As EV and battery technologies continue to evolve, their various limitations will be addressed and (hopefully) overcome. The low environmental impact of an EV is certainly an attractive feature for many owners, but the typically long charging times of an EV’s batteries require EV drivers to carefully plan each trip for distance, amount of charge required, and allotment of time for recharging the batteries.

EVs are designed with built-in charging circuitry which includes an AC-to-DC converter to allow charging DC power cells with household power at 120 VAC. Unfortunately, this relatively low voltage requires a long charging time to bring an EV battery from near-zero charge to a fully charged condition, typically about 8 to 12 hours (overnight). The battery charging rate is a function of voltage, with higher voltages providing faster charging rates. If higher voltage and power are available, faster EV battery charging rates are possible. For example, a charging system with twice the household power at 220 to 240 VAC, the charging time can be reduced to approximately 6 to 8 hours. Such a higher-voltage charging system relies on a robust DC link and power distribution system, and the power distribution infrastructure relies on busbars capable of handling high voltage and current.

Many home EV charging systems consist of a charging cable with a grounded three-prong plug for 120 VAC at one end and a J1772 SAE EV charging plug designed for EVs at the other end. The typical charging time for connection to a home power supply of 120 VAC and 15 or 16 A is about 12 hours, as part of what is known as a Level One charging cycle. Depending upon the EV, its batteries, and internal charging circuitry, higher input power levels allow faster charging cycles.

Some EVs, such as the Nissan Leaf, allow faster charging rates with higher input power, as part of a Level Two charging cycle. When “fueled” with 220 to 240 VAC and 30 A, a Level 2 charge for an EV’s batteries can be performed in six to eight hours. When even higher DC voltages are available, such as 480 VDC, extremely fast charging times of an hour or less are possible, as what is known as a Level three charging cycle. Most commercial, public charging stations for EVs are designed for Level Two charging cycles. Many commercial charging stations are in locations where an EV driver may spend some time during the charging cycle, such as shopping centers or metropolitan areas.

Get On the Bus

These different EV battery charging rates require different power sources and a robust DC link infrastructure, including the busbars used in the power distribution system. For example, the faster flow of energy for Level Two charging cycles compared to Level One charging results in generation of heat wherever inductance and losses in the power distribution circuitry are high. Power components such as busbars must be designed for proper thermal management when used for fast EV charging cycles, including in Level Two charging stations.

Conventional busbars are available in a number of different formats, including as flat strip assemblies and multiple-conductor cable assemblies. The current rating is typically limited by the types of capacitors used with the busbars for charge storage. Although electrolytic capacitors are typically the type of high-valued capacitors used with higher-power busbars, these “soda-can” capacitors are physically large and add a great deal of size to the total busbar assembly. In addition, for high values of capacitance, these capacitors typically exhibit high values of inductance, which can degrade the power efficiency of these busbar assemblies in DC links.

For the commercial EV charging stations and the DC links that supply them, suitable busbars should have low inductance and low loss in order to distribute energy with high efficiency and minimal generation of heat. Commercial EV charging stations typically provide at least three or four access ports with J1772 connectors for charging multiple vehicles at the same time (Figure 1), requiring power distribution components such as busbars that are physically compact but capable of supporting high power densities.

Figure 1: Commercial EV charging stations reducing charging times compared to home charging units by distributing power at higher voltages and currents.
Fortunately, a compact laminated busbar offers the performance and features needed for DC links in EV charging applications through a combination of design and choice of materials. The busbars are fabricated with tin- or nickel-plated copper or aluminum conductors on a polyester dielectric film that is backed, if needed, by a rigid insulation board for mechanical reinforcement (Figure 2). The busbars boost power-handling capability by means of a novel integrated annual capacitor with voltage rating as high as 2000 VDC and capacitance values as high as 1600 μF. This combination results in high power handling capability with excellent thermal characteristics as a result of low loss and low inductance. The annual capacitors are metallized polypropylene film designs that are encapsulated in a molded polymeric case and potted with RTV silicone for environmental protection and enhanced long-term reliability.

Figure 2: This novel laminated busbar saves space over conventional designs by integrating a low-profile, annular capacitor.
The annular capacitors integrated with these laminated busbars feature an unusual, low-profile design that is a fraction of the height of traditional electrolytic capacitors with the same capacitance values (Figure 3) but much lower ESRs. The capacitors help balance ripple and switching currents in the EV power-supply system, achieving high power density in a much smaller size than conventional stacked busbars with multiple electrolytic capacitors.

Figure 3: The high-performance capacitor used with the laminated busbar is capable of providing high capacitance values with low inductance.
At higher power levels, standard electrolytic capacitors with high inductance and based on polypropylene (PP) film offer limit current ratings because the PP film is a poor thermal conductor. The annular capacitors integrated with the laminated busbars are composed of materials chosen for higher thermal conductivity and better effective dissipation of heat. In addition, the DC inductance of the busbar/capacitor assembly is reduced by integrating the capacitor directly onto the busbar structure. By allowing the busbar’s conductors to serve as the capacitor’s terminals, the power distribution path length is reduced along with the inductance, resulting in a compact busbar assembly that is capable of high power density.