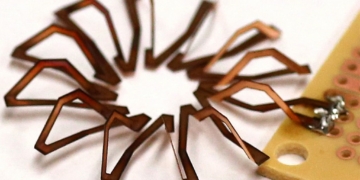 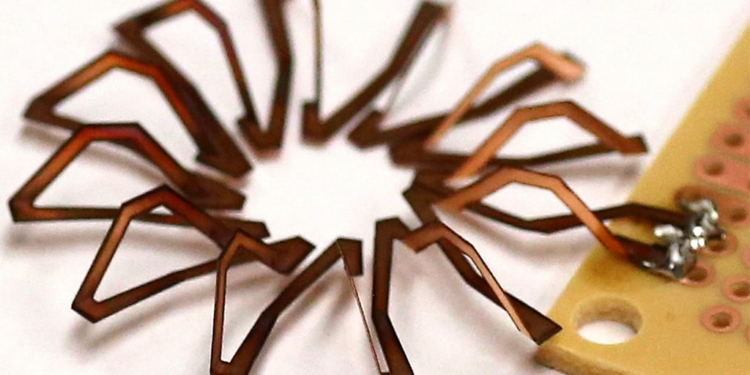 By Samuel K. Moore. Army researchers use a common laser engraver to make inductors and other complex shapes.

In research reported in an upcoming issue of IEEE Electron Device Letters, researchers at the U.S. Army Research Laboratory, in Adelphi, Md., show how they can make three-dimensional inductors by using a laser to both cut and fold copper. The Army is interested in origami inductors because the technology could give deployed soldiers the ability to make replacement parts rather than rely on what could be a risky and expensive delivery. But never mind its practical purpose; the process is just absolutely mesmerizing to watch.

The laser origami technique exploits a phenomenon called counterbending. Using the laser at half-power (10 watts) and rapid scanning (100 mm/s), the laser heats a spot to be bent. Because of the low power and brief blast, only one side of the copper gets hot. That side temporarily expands, bending away from the laser and producing permanent strain in the cooler, opposite side. When the hot spot contracts again, the strain bends the copper back up toward the laser, folding the copper permanently.

Compared to commercial inductors from Coilcraft that have about the same inductances, the laser-origami components rang in with similar quality factors. (Quality factor is a dimensionless quantity that tells how awesome your inductor is.)

The Army team—Nathan Lazarus, Sarah S. Bedair, and Gabriel L. Smith—are building a planar inductor, which requires a bit of conductor to protrude into the third dimension. It’s about 20 millimeters on a side, and the process took about 12 minutes.

They’re building a toroidal inductor, which is about as 3D as you get. It has an outer diameter of 34 mm, and inductance of 159 nanoHenry. 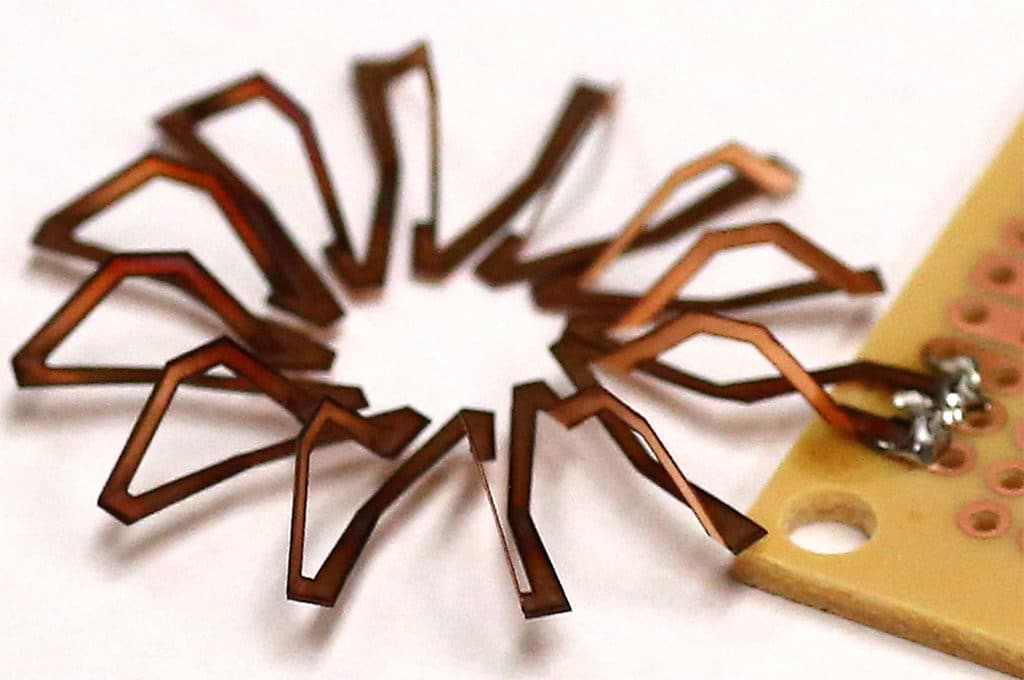 You can watch some more videos at the link here.