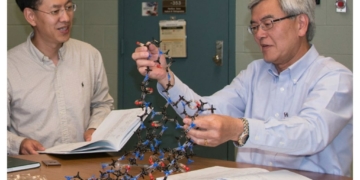 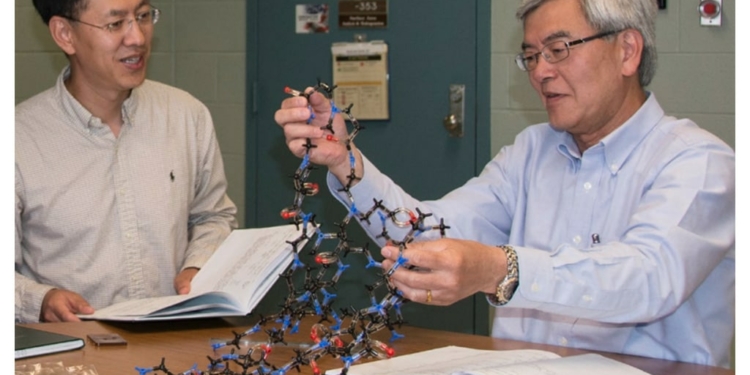 A significant advancement in the synthesis of thermoplastics used to miniaturize microelectronics has been developed by the Air Force Research Laboratory introducing advanced capabilities for film capacitors, electric vehicles, pulsed power, and gate dielectric field-effect transistors.

Such “high-k” materials, which have a melting point greater than 150 degrees Celsius, are used in high energy-density-storage capacitors, gate dielectrics, and electroactive materials.

They are critical as embedded capacitors, enabling electronics to be miniaturized without compromising performance, and in other applications, enhance the performance of electronic systems.

But before advanced high-k materials can be transitioned from the lab into use by “film capacitors for power-conditioning, power electronics in hybrid electric vehicles, pulsed power, and gate dielectric field-effect transistors,” the patent application states, they “must possess processability, good dielectric properties over a broad frequency range, and be thermally stable.”

And that’s where the Air Force is expanding capabilities through organic chemistry.

Using a scalable, radical halogenation process (in this case bromination), the researchers created halogenated PPO, which “is a versatile intermediate for introducing a wide range of functional groups to impart desired final properties (such as chemical resistance and higher thermal stability) without the risk of molecular weight reduction and the possibility of converting the linear architecture of PPO to that of a network.”