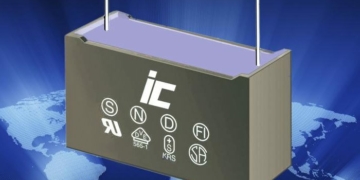 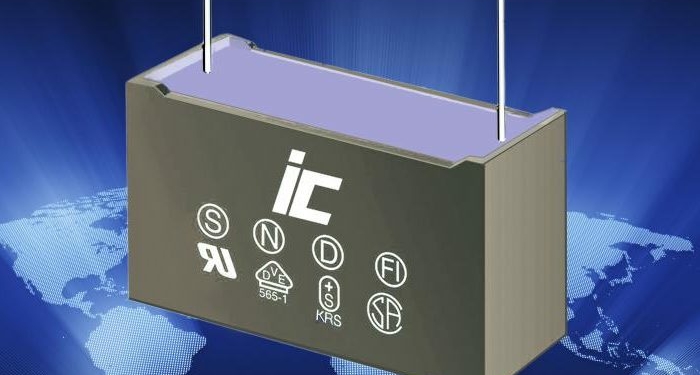 Illinois Capacitor’s new all-weather “MPX/MPXB” Series metalized polypropylene capacitors suppress conducted electromagnetic/radio frequency interference (EMI/RFI) before it can be transmitted via power lines to or from other devices. Designed to connect across the input of an AC mains powered device, the MPX meets the demanding 85/85 THB (Temperature, Humidity, Bias) test, as well as a full complement of safety agency X2 Class approvals, including UL, CSA, VDE, and others. The MPXB is a specialized version, utilizing more robust construction, for use in AC divider circuits.

The 85/85 THB test is a form of accelerated testing that subjects a part to 85° C heat with 85 percent relative humidity and an applied bias voltage (240Vac) for 1,000 hours. This demanding test simulates the extraordinarily harsh operating conditions encountered by many commercial and industrial products.

AC line suppression applications are widespread, and include use with motors, AMR (Automated Meter Readers), solar micro-inverters, UPS, power supplies, cash stations, vending machines, industrial controls and appliances. The MPX also can be used as a safe means of coupling a receiving circuit to an external antenna. In the event of a failure, X2 Class devices do not present an electrical shock hazard to users of the equipment.