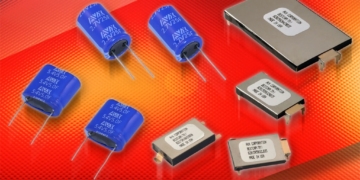 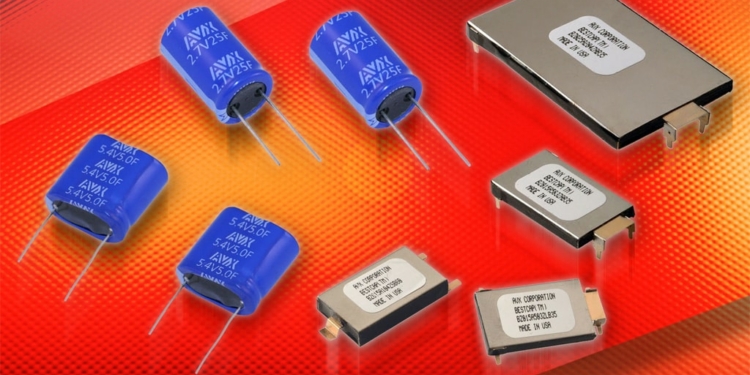 Supercapacitors are increasing in popularity amongst board-level components. In turn, there is now greater demand for supercapacitor reliability testing data, as sub-ppm component failure rates are critical for minimizing and eliminating PCB rework.

Electrochemical devices, like supercapacitors and batteries, are not well suited to typical electrostatic capacitor testing techniques, which use higher voltages and temperatures as acceleration factors. One of the primary requirements for the effective use of voltage and temperature acceleration is that their corresponding mechanisms should stay the same, and that is not the case for electrochemical devices. Using higher voltages and temperatures than a supercapacitor is rated for will cause hastened degradation of capacitance and a significant rise in ESR, so these conditions are not representative of normal operating conditions.

Due to these limitations, supercapacitors should only be tested at or below the maximum rated voltage and temperature, but for a longer span of time than electrostatic capacitors. It is also possible to test these devices at or below the rated voltage and temperature, ensure that the mechanisms do not change, and then use that data to estimate the failure rates over time; however, verifiable, long-term testing is preferable whenever possible.

The rated voltages of standalone supercapacitors are generally lower than other energy storage devices, like batteries, so supercapacitors are often placed in series to attain desired voltage values. However, using capacitors in series tends to create a voltage imbalance during the charge and discharge cycle, which can threaten the maintenance of operation at or below rated voltage and negatively affect the longevity of all components in the circuit. There are several circuit balancing techniques that can effectively surmount this issue (e.g., passive balancing with a resistor across a capacitor or with a diode, active balancing with an IC chip, using a buck-boost converter with a single large capacitor to scale up the voltage, etc.), but each requires the addition of nonessential components that could infringe upon space-constrained device footprints, negatively affect load current, and create yet another potential point of failure.

It also employs some general rules of thumb established through 12 years of electrochemical device testing experience and verified by crosschecking the results for validation. For instance, failure rate (F) has been shown to follow the relationship:

in which “V” is voltage, “n” is the voltage exponent, “Q” is the activation energy (measured in electronvolts [eV]), and “k” is the Boltzmann constant.

The following test procedures were conducted on AVX’s SCM Series supercapacitor modules, which, unlike other supercapacitors in series, do not require balancing circuitry. Introduced to market in October 2016, SCM Series supercapacitor modules are comprised of SCC Series cylindrical, electrochemical, double-layer supercapacitors connected in series and produced using a core-matching technique that combines capacitors with similar capacitance, ESR, and leakage current values (assuming that leakage current values were measured when the charging current reached an asymptotic value, i.e., after approximately 72 hours of test time).

SCM Series parts rated for 5V/5F (SCMT22C505MRBA0) were tested at various applied voltages at 85°C, and the results clearly demonstrate that the parts exhibit a decreasing rate of change in capacitance as the voltage drops and that ESR values become stable with time.

Derating to 90% (4.5V) of rated voltage drastically improved the longevity of the part (Figure 2). In this test, the 5F part lost 30% of capacitance after a little more than 3,000 hours, and ESR began exhibiting a slow rise at the same mark. As such, it can be safely concluded that this part would survive 85°C operating temperature for 3,000 hours at 4.5V operating voltage.

At 80% of rated voltage (4.0V), the part almost passed 85°C testing conditions for 4,000 hours. The ESR curve was encouraging — demonstrating a slow, lethargic rise — however, the capacitance dropped off after 3,000 hours of testing (Figure 3).

The curve in a Capacitance vs. Time plot of an unbalanced 5V/0.47F module tested at rated voltage and 70°C for 4,000 hours (Figure 5) also illustrates that capacitance reached an asymptotic value, which indicates slow degradation of capacitance.

Similarly, when an unbalanced, 5V/1F, two-capacitor module (SCMR18C105MRBA0) was tested at rated voltage, 40°C, and 95% relative humidity for 4,000 hours, it easily passed both Capacitance vs. Time and ESR vs. Time tests, proving its suitable under said conditions (Figure 6).

At rated voltage, all SCC Series parts are rated for a maximum operating temperature of 65°C. Long-term testing of a2.7V/1F (SCCR12B105SRB) part at 70°C and a derated voltage of 2.1V demonstrated that capacitance reached an asymptotic value as testing neared the 4,000-hour mark (Figure 7).

When the same part number was tested with rated voltage applied and held at 70°C for 4,000 hours, capacitance easily withstood the test conditions (Figure 8).

The results of this case study clearly indicate that AVX’s SCM and SCC Series supercapacitors operate well within rated specifications at elevated temperatures and exhibit unique qualities that enables their use at ≤4V and 85°C. These proven performance capabilities are important because they provide long-term evidence of the technology’s suitability for use in parallel with lithium ion (Li-ion) batteries — a feature that is not currently offered by any other supplier in the industry.