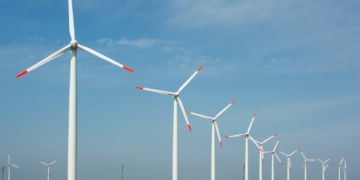 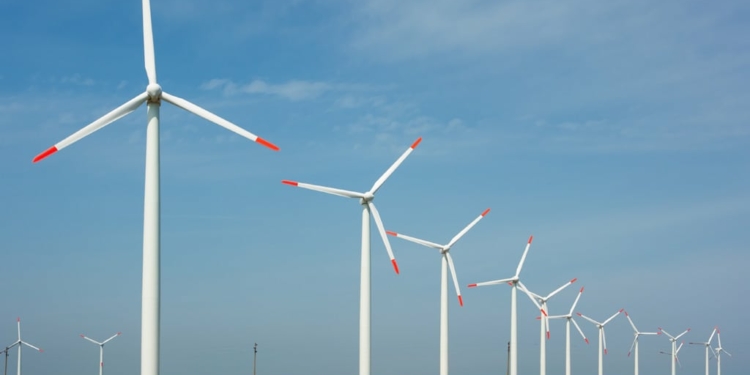 Sponsored by Digi-Key and ON Semiconductor/Kemet for Electronic Design: These components, typically built to withstand tough conditions, are critical for maintaining the reliability and long-term life of energy-harvesting systems that are often installed outdoors.

Since the first waterwheel and windmill, people have been “harvesting” energy from one source and applying it to another. Today, the sources of the harvest have exploded to reap extremely tiny amounts of electrical power from ambient sources like the sun, wind, tides, and of course, hydropower that currently produces more than 15% of the world’s electricity.

In general, the goals of energy harvesting are to create large amounts of power to reduce reliance on fossil fuels, or to enable small devices such as wearables and the sensors in IoT networks—someday perhaps eliminating batteries in these devices. Among the diverse array of technologies employed in energy harvesting, capacitors and current-sense amplifiers often play an outsized role in the long-term life of the system.

Capacitors, for example, are core components of photovoltaic and wind-power generation, where they’re used in inverters that convert dc to ac electricity, and to store power for moments of months depending on the application. In wind-power systems, the trend is toward direct-drive systems that eliminate gearboxes by connecting the rotor directly to the generator. This approach not only eliminates a large, heavy, expensive, and frequently troublesome component, but reduces maintenance as well.

Turning the Tide in Capacitors

Although electrolytic capacitors were first used in wind-power applications, film and polymer-type capacitors are replacing them, as they combine small size with high efficiency and longer operating lives, and in some cases the ability to “self-heal” to repair dielectric faults (Fig. 1). Ceramic types don’t need self-healing since they’re inherently robust, but for metallized film, tantalum capacitors provide that capability.

1. Self-healing in a film capacitor shows the fault area being sealed.

Aluminum capacitors employ a solid polymer as the cathode that transitions to a non-conductive state when a fault in the dielectric causes localized heating. Metallized-film capacitors also can transition to an open circuit when a dielectric failure occurs, dramatically reducing the possibility of a fail short. With a tantalum capacitor, when a fault occurs in the dielectric, the current flow causes localized heating and the cathode material transitions to a non-conductive state, effectively healing the site of the fault. When the same voltage is applied again, the capacitor will be more robust.

In inverters for solar photovoltaic systems, film capacitors are used in both the ac and dc sections (Fig. 2). They reduce harmonic content through filtering in the ac section between the power source and the ac-dc converter, and in the converter, “snubber capacitors” reduce the high peak transient voltages and current generated by MOSFET or IGBT switching transistors.

The dc link connects two ac systems with different voltages and frequencies using an intermediate dc stage in which a capacitor temporarily stores the energy until conversion back to ac, while also filtering ac ripple. Kemet’s C4B in the MKB Series is a good example of a film capacitor designed for use in DC link applications. It combines low loss with high contact reliability and can handle a peak voltage of 2.5 kV.

Solar-power modules integrate a variable power source into a standardized electrical network. The solar inverter plays this role by rectifying the dc voltage delivered by the solar panel to ac for the grid and monitors the nonlinear response of photovoltaic diodes to ensure that maximum power is produced. Current measurement is thus a core requirement and current-sense amplifiers provide the means for reliably monitoring current flow.

For energy-harvesting, current-sense amplifiers are more widely employed than difference amplifiers as they operate with input levels that exceed their supply voltage. They also need no resistor network for attenuating high-voltage input levels and can use small shunt resistors, reducing power consumption

Current-sense amplifiers (sometimes called current-shunt monitors or current-shunt amplifiers) employ integrated resistors to create a full differential input. They measure small voltage drops across a shunt resistor connected to the inputs. These devices accurately amplify the 1- to 10-mV signal from the shunt with varying amounts of gain.

There are four common sensing configurations: low-side, high-side, unidirectional, and bidirectional, each having specific pros and cons for specific applications. Low-side current sensing places the low side of the load at one end of the sense resistor, with the other side of the sense resistor grounded. They have the advantage of being simple to implement, but they aren’t able to detect high-side shorts. And, if the load is accidentally connected to ground, the configuration can result in the presence of very high current.

High-side measurement eliminates these problems because the high side of the load is placed at one end of the sense resistor and the low side of the load is connected to ground. In this way, the load maintains a direct connection to ground while also detecting high load currents caused by accidental shorts. Unidirectional sensing is used when only the current flowing to the load needs to be sensed. Bidirectional sensing is used when sensing current flows in both directions.

ON Semiconductor’s NCS and NCV Series of current-sense amplifiers (Fig. 3) accommodate all four configurations and measure the voltage across shunts at common-mode voltages from −0.3 to 26 V dc independent of supply voltage. Their zero-drift architecture allows them to sense the shunt with maximum voltage drop as low as 10 mV full-scale. They operate from a single +2.2- to +26-V dc supply, draw 80 A, and operate over a very wide temperature range of −40°C to +125°C.

Capacitors and current-sense amplifiers are two critical components in energy-harvesting systems. They’re joined by a variety of others that, although they don’t get much attention, are equally important for maintaining the reliability and long-term life of systems which, more often than not, are installed outdoors and need to withstand the elements.