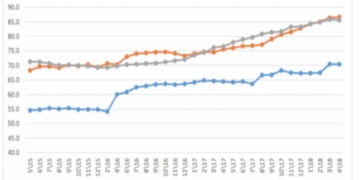 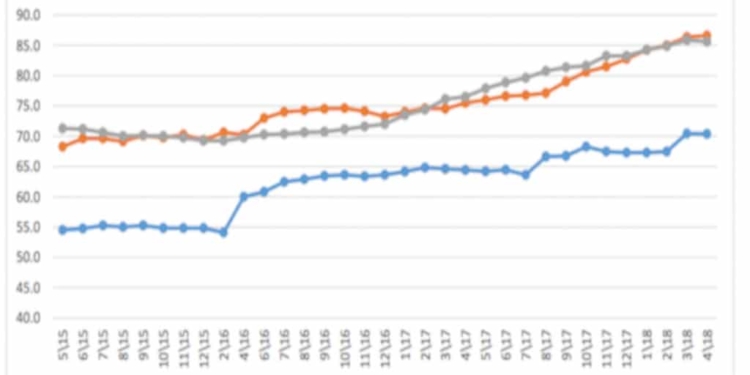 Component shortages are keeping engineers and supply chain professionals alike up at night. Further, the desperation to keep the flow of supply moving, many organizations are tempted to go to alternate, unauthorized sources. Although understandable, it may exacerbate the already real problem of counterfeit parts.

“There’s a misconception is that counterfeiting is just semiconductors and only obsolete products,” Robin Gray, chief counsel of the ECIA. “There’s opportunity in those areas but the other place where opportunity arises sis when supply gets limited and lead times go out. People are desperate and, rather than risk a shutdown, they will risk getting it from a source they don’t know is authorized. Scarcity of supply is a good a reason as any for counterfeiters to flourish.”

The Electronic Component Industry Association (ECIA) has been tracking component shortages and reports that many passives, including multilayer ceramic capacitors (MLCCs), as well as certain semiconductors are plagued by scarcity.  “Long lead times and allocation conditions are expected to continue throughout most of 2018,” warned Gray.

The Department of Justice (DoJ) has expressed concern about the issue of counterfeiting in a recent grant proposal saying:

The threat to United States interests from IP theft has evolved. The increasing perpetration of illegal and damaging acts of IP theft not only costs the U.S. economy tens of billions of dollars per year, but it also deprives individuals of their livelihoods, and poses a public safety and health threat. Counterfeit goods traditionally were limited to luxury goods such as handbags and watches. However, with the advent of new technologies, combined with the high profits and perceived low risk from selling infringing goods, counterfeits have become increasingly more sophisticated and prevalent. Products in every industry—from food to health care products to electronics—now are being counterfeited.
Some industries, including pharmaceuticals, automotive, and electronics, are being hit particularly hard as they turn to Internet-based sources for products, the DoJ added.  The DoJ is working to address the issues both for the end consumer and in the business to business market.

Earlier this year, the DoJ reported that it had charged Marc Heera in Sunrise, FL, with “trafficking in counterfeit electronic engine control devices manufactured and marketed by a Southern California company for use in modified Honda and Acura vehicles,” a report said.  The counterfeit circuit boards were installed in engine control units to boost performance.

Heera pled guilty, admitting that he, starting in 2009, he had reverse-engineered, manufactured, advertised, and sold approximately 86 counterfeit aftermarket devices that generated approximately $58,000 in income.  By comparison, the genuine products were valued at approximately $74,000 retail. He also admitted creating counterfeit packaging, labels, instructions and compact discs for the devices. He was arraigned in March.

Another case surfaced last month, in which the U.S. Immigration and Customs Enforcement’s (ICE) Homeland Security Investigations (HSI) arrested the owner of PRB Logics, an Orange County-based seller of electronic components, alleging that he sold counterfeit integrated circuits, some of which could have been used in military applications. On the 30-count indictment, Rogelio Vasquez was alleged to have repainted and remarked old, used and/or discarded integrated circuits from Chinese suppliers with counterfeit logos.

The devices were also remarked with fake date codes, lot codes or countries of origin and sold as new parts from a number of manufactures including Xilinx, Analog Devices, and Intel.  Each of the charges of nine counts of wire fraud and 20 counts of trafficking in counterfeit military goods each carry a statutory maximum sentence of 20 years in federal prison. In addition, each count of trafficking of counterfeit goods carries a maximum possible penalty of a decade in prison.

A variety of realities make electronics products, both systems and components, easier to counterfeit.  Especially commoditized and standardized products are more barterable and prone to end up in the gray market, said Kasia Maciola, communications committee chair for the Alliance for Gray Market and Counterfeit Abatement (AGMA).  “Cheap inventory, lack of cross-border regulations, and third-party brokers who operate outside of the authorized channel can all contribute to products being leaked from authorized channels,” she said.

“In addition, e-commerce makes it easy for traders to get in touch and do business,” Maciola added. “From a logistics standpoint, products can be moved around with ease. A product might go from say China to the U.S. in one shipment, but that product could move through five or six traders’ hands without those traders having ever physically taken control of the product.”

The infographic below from the AGMA provides more detail.