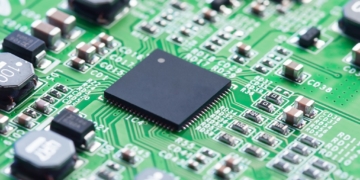 Component Supply Challenges from the Perspective of Contract Equipment Manufacturer

Component Supply Challenges from the Perspective of Contract Equipment Manufacturer 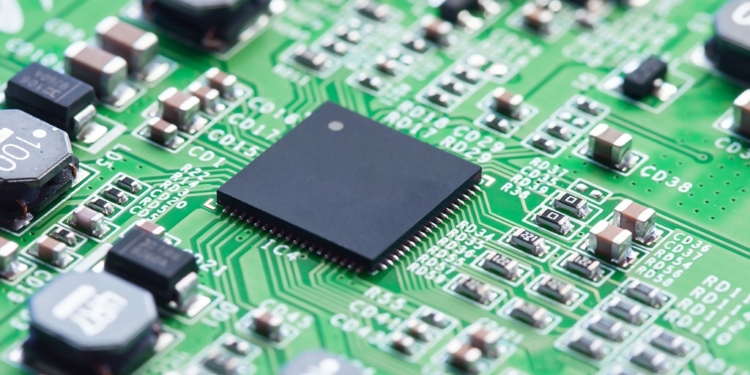 Background can use the Internet, print advertising and design

Vexos Senior Vice President for Global Supply Stephanie Martin gives the I-Connect007 editorial team a wide-ranging and insightful overview of the current parts supply situation from the perspective of procurement at a contract manufacturer.

Stephen Las Marias: First, Stephanie, can you please tell us more about Vexos and your role at the company?

Stephanie Martin: Yes. I’m the senior VP of global supply for Vexos. Vexos is a high tier-three, low tier-two contract manufacturer. It is a combination of two different companies that were purchased by Center Lane Partners, a private equity company; EPM based out of Markham, Canada; and STACI Corporation based out of LaGrange, Ohio. We have four facilities that do contract manufacturing.

We have the Markham facility, which focuses more on high tech, fine pitch. Then, we have the facility in LaGrange, Ohio, is the Cleveland area that does medical, some automotive, and lower-tech products. We have two facilities in China: one in Shenzhen, which usually matches what Markham does—more fine pitch and higher-tech products—and one in Dongguan, which does automotive, medical, a lot of lower-tech products, and quite a bit of other manufacturing that is not based in electronics.

Then, we have another portion of our business we call the “custom material solution.” We are a trading company and represent a number of supplier partners for custom-built products like PCBs, cable assemblies, displays, heat sinks, metal fabrication metal machine parts, and plastic injection molding. We believe we’re the only tier-three player in our space that offers not only a global solution but a full spread of components where we can supply everything from the outer housing, whether you do the electronics assembly or not. We can supply the PCBs all the way up to the full box build for you.

Las Marias: From your perspective as an EMS provider, what are the greatest challenges that you face or that you experience when it comes to supply chain?

Martin: Well, we’re in the supercycle for allocation, so we’re heavily into the supercycle that we’re dealing with. It started with the memory product, which we’re coming up on three years now. And then last summer, around this time, MLCCs started getting tight. By November, we were in full-board allocation. We struggle like all EMS companies, particularly with MLCCs. The lead times are over 52 weeks with most manufacturers, if they will even take orders.

The second- and third-tier manufacturers will no longer cross your components, and for distributors, the inventory position is low. So, it’s a challenge every time we get an order to find the MLCCs. We’re also seeing tantalum shifts. A lot of those are now going on allocation. We have MOFSETs across the board that are running on full-board allocation over 40 weeks. Then, we have IGBTs and TV, Zener, and Schottky diodes, which are all in the 38-week range.

In the resistor arena, we have the Vishay CRCW series at 80 weeks now. The Panasonic ERJ series are at 40+ weeks. Generally, all mainstream resistor manufacturers are now 26–29 weeks. It has become quite a challenge. We spend a lot of time talking and working with our customers trying to get them to approve alternates quickly so that we can find materials and expand their AVL, and we spend a lot of extra time sourcing trying to just find inventory. It has become quite a challenge in this market.

Las Marias: You mentioned supercycle. Have you experienced this sort of extreme shortages when it comes to electronic component supply before?

Martin: I’ve been in electronics since 1989, so I’ve been in it a long time. I’ve been through a number of cycles. I believe this is the tenth inventory cycle that we’re in from what I can tell. The closest that we’ve ever come, and the last time we went into a shortage situation that affected passive components, was in 1999 right before the dot-com crash. At that point in time, we had problems with panels and capacitors. That’s the last, and in my career, the only time that the passive products have been an issue.

Typically, the market follows some new must-have device, whether it was a pager, cellphone, or laptop computer. This market cycle is very different. This one is not any single device. This market segment is really what we’re calling “the electrification of everything.” There’s a huge change going on. A lot of pieces of our life that were never electronic are now becoming electronically connected to our phones and smart devices. We even have one customer that we’re talking to that wants to make furnace filters smart, so they remind you to replace them.

All of the devices, including IoT, smart devices, automotive content, and cellphones are hitting us at the same time. No one device will fix the market once it’s satisfied. The only thing I believe is going to fix the market is when we can get some increased capacity through new manufacturers coming in. There’s also a technology shift happening, which appears to be very close to what happened back in the mid-2000s during the RoHS time where we switched from leaded to non-leaded parts; this one is going from larger to smaller case sizes.

If you look at a 1206 capacitor, they can get approximately 80 0402 capacitors in the same space or 300 0201s. As the market is tighter, I believe the OEMs are going to be forced to redesign to smaller and smaller parts, and that will allow the manufacturers to produce more parts in the same footprint that they had before. I think that’s more along the line of what’s going to happen. All the projections that we get from the manufacturers and the distribution channel tell us that the market will not see a relief until mid-2019 at the earliest, and several of them say it will be towards the end of 2019 for MLCCS in particular.

A number of things are going to happen. The Chinese are bringing up some new fabrications. Several manufacturers are pulling some of their fabrication back in-house, particularly in the U.S. Some third-tier suppliers are coming in and starting up, particularly in Asia. There are a lot of things happening, but it will take a while for the market to level out.

To read the article, which appeared in the January 2019 issue of SMT007 Magazine, click here.