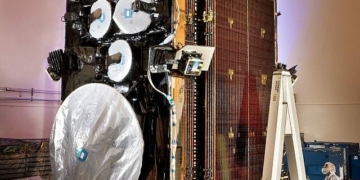 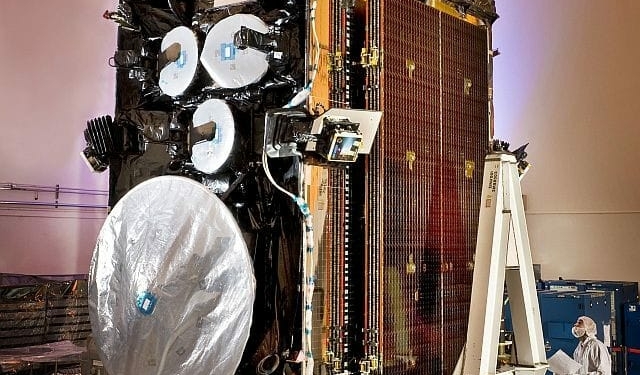 Multiple articles I have authored on commercial off-the-shelf components in space applications have been met with more and more indications of fallacious, unpersuasive arguments. Some of the arguments are rooted in multi-year convictions, others are rooted in misunderstanding and/or misinterpretation of ambiguous, confusing, on-going official mixed MIL/COTS space policy.

In this article, I go back to the basics to clarify some points to be considered in reasoning. The issue is a complex one, involving a lot of hidden (not accessible) information needed to understand the whole issue fully. Saying that, I do not exclude myself from those confused by the ambiguous and/or unrealistic rules to be followed. That may lead me to misunderstandings. In such cases, I welcome adequate feedback.

Definition of COTS
Although the acronym “COTS” is extensively used for decades, it is worth clarifying its meaning and its scope within the context of Electrical, Electronic, and Electromechanical (EEE) component use in space applications.

The meaning variants of the acronym COTS at component or non-developmental item levels may be:

That leaves the MIL/COTS debaters with free interpretation opportunities to defend their positions. The COTS party claims that “commercial” means “not military” grade EEE components, commercially available. The MIL/QML party claims that “commercially available” refers to availability and not to grade. Consequently, “QML is also a COTS solution.” Hopefully, both parties agree that “off-the-shelf” means use as is, although some still think that it means “from inventory.”

I consider the following definition the most comprehensive one:

“COTS: An assembly or part designed for commercial applications for which the item manufacturer or vendor solely establishes and controls the specifications for performance, configuration, and reliability (including design, materials, processes, and testing) without additional requirements imposed by users and external organizations. For example, this would include any type of assembly or part from a catalog without any additional parts-level testing after delivery of the part from the manufacturer.”

According to the above definition, it is clear that QML is not a COTS solution. It is also clear that COTS is something to be used as is, without any post-procurement, part-level testing.
I find this explanation acceptable; however, I question the compatibility of NASA’s attitude toward the use of Plastic Encapsulated Microcircuits (PEMs). PEM, definitely considered COTS, in space and the above statement of no post-procurement, part-level testing (refer to NASA PEM-INST-001 for heavy post-procurement testing requirements).

After the above attempt to understand the open-to-interpretation meaning of COTS, let us consider its scope within the context of EEE components use in space applications.

Commercial off-the-shelf may refer to EEE components that are ready-made and available for sale to the general public. This leads to a huge EEE Components population, including all the commercial grade ones (industrial, commercial, consumers, automotive etc.).
The relevant candidates for use in space applications are selected from a subgroup of the term COTS, meeting as minimum the industrial temperature range -40°C to +85°C. The subgroup also includes PEMs.

Often, people issue irresponsible statements about usage unsuitability of COTS in space. Using the acronym COTS in such general statements may be interpreted as “all COTS are not suitable for use in space.” This is definitely not true. There is no room, especially in the post 1994 Perry memo dealing with acquisition reform, for hasty generalization. Hasty generalization is an informal fallacy of faulty generalization by reaching an inductive generalization based on insufficient evidence, essentially making a rushed conclusion without considering all the variables. The above statements are not acceptable.

“All generalizations are false, including this one.” — Mark Twain

Premises used in the MIL vs. COTS debate
One must be careful when exposed to general statements. In the case of COTS, it is not surprising that often, the ones stating such fallacies are representatives of the military domain.

There are instances where representatives of the military section of an EEE components Manufacturer try to “prove” that the COTS of the very same manufacturer are not suitable to be considered for use in space applications, although practically the subject MIL and COTS may be built with the same die! Those exposed to false premises may draw erroneous conclusions.

Examples of premises used to support the false (not supported by evidence) issue of usage unsuitability of COTS in space:

The frightening use of the terminology of “space harsh environment” is exaggerated:

Premise: COTS/PEMs are less reliable than hermetic high-reliability (Hi-Rel) space/military microcircuits.
Author’s comment: hasty generalization.
The term high-reliability (Hi-Rel) is exclusively accredited to space/military grade EEE Components. This sweeping statement downgrades COTS without supporting evidence. Two decades of successful use of COTS in military and space applications proves that some carefully selected COTS can also be considered Hi-Rel. Those using the above premise disregard the value of heritage of COTS. At the same time, they use the same term “heritage” as key supporting element in the Space/Military grade EEE Components approval process for space applications!

Premise: COTS/PEMs are not suitable for use in critical applications, like space.
Author’s comment: The term “critical” within the subject context is widely used in the propaganda of COTS/PEMs use in space. It is a rather efficient tool. Nevertheless, the question is what is the meaning of criticality of a mission?
If the criticality is loss of unmanned missions, then very few (if any) space applications are critical (I put aside the economic aspect that is not neglectable, but not critical). It has to be mentioned that even manned missions (criticality is loss of mission and life) is less critical than some terrestrial commercial applications, using COTS/PEMs.
For example, an Airbus fly-by-wire plane carrying 500 passengers is a more critical mission. It is true that design mitigations are implemented (e.g., redundancy), but that mitigations are applied also in space applications. Maintenance (not yet available in space) cannot help in an in-flight technical failure. The risk can be managed. Such a plane cannot be realized without use of COTS/PEMs (sophistication, integration, and size, weight, and power or SWaP). COTS/PEMs are widely used in “critical” military and commercial applications.

Premise: There is no maintenance in space. Consequently, Hi-Rel space/military-grade EEE components are to be used (COTS only as last resort).
Author’s comment: Today the maintenance in space is limited. However, in the future maintenance is not out of reach, as well as refueling, towing.
There are hard evidences that carefully selected COTS/PEMs are suitable for use in space nonmaintainable applications.

Premise: COTS/PEMs are not able to meet long dormant and/or operating life requirements, as required by military and space applications. Wear out occurs early.
Author’s comment: This generalized perception is rooted in problems encountered in PEMs some 50 years ago. The non-hermetically packaged semiconductors are exposed to the threat of moisture and ionic contaminants, causing internal corrosion. PEM manufacturers resolved this greater potential for corrosion by using a passivation on top of the die surface. For galvanic corrosion to occur in PEMs, the following elements are necessary: a bimetallic couple, free (mobile) ionic contamination and moisture, to form an electrolyte. Traditionally, the encapsulant material was the main source of ionic contamination internal to the PEM. The present generations of molding compounds are considered ion-free.

The second potential source is incidental contamination, external to the PEM. The addition of silicon fillers and ion getter the epoxy novolac encapsulant used today in most PEMs makes migrating ions in the epoxy unavailable for dissolution into any diffused or accumulated water in the package.

It must be mentioned that the use of COTS in military applications did not start with the 1994 Perry memo. COTS, including PEMs are used in military applications, including in Navy, for some 50 years. Many mission life requirements can reach 20 years or more.
The above experience and the technological developments of PEMs were the pillars for the Perry movement. As already mentioned above the space environment in general and the parameters causing wear out in particular are not the harshest compared to the conditions seen by terrestrial applications.

Premise: The more frequent obsolescence of COTS is a showstopper for their use in space applications.
Author’s comment: Once again hasty generalization. Many COTS components have been available for decades.
The massive disappearance of space/military EEE components from the market is not considered obsolescence. It is called diminishing sources, discontinuation.

It must be mentioned that there are two main reasons for obsolescence:

Both above reasons apply to both MIL and COTS EEE components. In view of the above given situation, the space users have to decide what to do.

The issue of reliability is not to be dealt as a MIL vs. COTS competition, but it has to be dealt in terms of meeting the specific mission requirements within the specified envelope.

Considering obsolescence, that is a given parameter not under the users control, the solution for a series of satellites may be “easier” because there is no need to plan for maintainability!