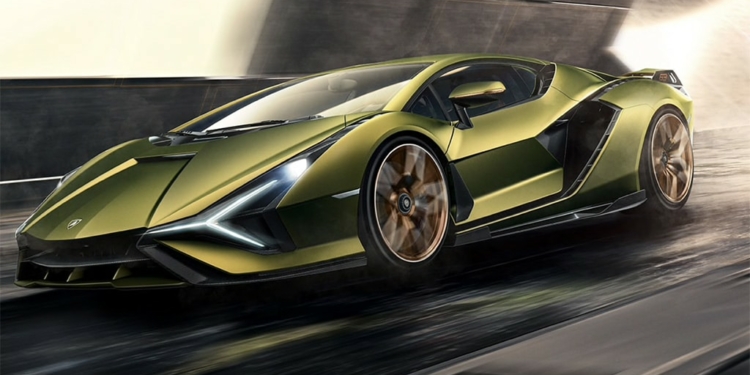 The most common electrical energy storage device used in vehicles is a battery. Batteries can store large amounts of energy in a relatively small volume and weight, and provide suitable levels of power for many applications.

Two important quantities for consideration in designing energy storage systems, especially for electric vehicles (EV) and hybrid electric vehicles (HEV), are the specific energy and the specific power of the device. Specific energy is defined as the amount of energy stored per unit of mass and is expressed in watt-hours per kilogram (Wh/kg). Specific power is the peak power able to be delivered per unit of mass, stated as watts per kilogram (W/kg).

The fast movement of charge in supercapacitors is due to very low internal electrical resistance. In effect, this means they can be charged and discharged at high specific current values (A/kg) that may be over 100 times that of batteries, without damaging the unit. The process of ions diffusing into the bulk of an electrode material for chemical reactions in batteries is much slower than the conduction of charge in response to electrostatic forces in supercapacitors.

Supercapacitors can be recharged very quickly and release a large amount of power. However, they don’t have the energy storage density of batteries. Therefore, they don’t store nearly as much power as batteries of the same physical size. Supercapacitors are, however, able to charge and re-charge millions of times without degrading like a battery typically does. That’s because no physical or chemical changes occur when a charge is stored within them.

In EVs, electrical energy can be stored in either supercapacitors or batteries. Both can be used together: when required, current is supplied to the motor, driving the wheels to accelerate the EV. From the supercapacitor bank, current passes through a bi-directional DC/DC converter to regulate the voltage so that it may be matched to the voltage of the battery bank as necessary, controlling the flow of current between them. Both electric energy storage devices are connected to an inverter, which converts DC to the AC required to drive the motor.

When supercapacitors are coupled to batteries, the capacitors are able to supply the peak power demands of acceleration in a lighter package (10 to 20 times lighter than a lithium battery counterpart) and can offset the need for extra battery mass.

Furthermore, supercapacitors are able to more efficiently capture and store power produced under regenerative braking – a technology that captures the kinetic energy lost as heat when a car decelerates and turns it into electricity – when exceptionally large peak currents can be generated.

The advantages of supercapacitors reasonably raise the question as to whether they may be suitable sources of primary power supply, as a viable alternative to internal combustion or battery-powered vehicles. Up to this point the answer generally has been “no,” but an Italian supercar manufacturer recently demonstrated a rather different, and interesting, approach.

As shown on featured image (image credit:Lamborghini) The Lamborghini Sián (pronounced “shaan” and meaning “flash or lightning” in Bolognese dialect) debuted this fall. Rather than a lithium-ion (Li-ion) battery, the Sián employs a supercapacitor array that Lamborghini boasts is three times more powerful than a battery of equivalent weight.

In the Sián, supercapacitors power a small electric motor that delivers 34 horsepower, connected to the engine – a naturally-aspirated V12 that produces 785 horsepower. The e-motor provides immediate response and improved performance while also taking on the strain during low-speed maneuvers such as reversing and parking. However, the Sián will not be able to travel under electrical power alone.

The Sián’s electrical system, with the supercapacitor and e-motor together weigh only 34 kg. A symmetric power flow ensures the same efficiency in both charging and discharging cycles.

The energy stored in the supercapacitor provides an instantly-available power boost, allowing the driver to draw on increased torque immediately when accelerating away – up to 130 km/h (81 mph) when the e-motor automatically disconnects. The result is a car more than 10 percent faster than a car without this system: the Sián can reach a top speed of over 350 km/h (217.5 mph).

The Sián also incorporates a newly-developed regenerative braking system. As such, the Sián’s energy-storage system is fully charged every time the vehicle brakes.

The electrical energy system in the Sián is designed for power-assist scenarios rather than as a full-on hybrid power plant. It delivers rapid acceleration in low gears, with improved traction force provided by the combination of the V12 engine and the hybrid system.

In addition, traction force is said to be improved by up to 10 percent in third gear, while the 30 to 60 km/h acceleration time is improved by 0.2 seconds compared to the company’s previous flagship sports car, the Aventador SVJ. This makes the Sián the fastest-accelerating Lamborghini ever, achieving 0 to 100 km/h in less than 2.8 seconds.

The key challenge in supercapacitor development is to increase their energy density, which will allow the devices to broaden their range of possible applications and may open the door to the use of purely supercapacitive systems for energy storage in vehicles.

At present, this shortcoming is limiting the current role of automotive supercapacitors to mainly power support for systems that cannot cope with the power loads of regenerative braking and hard acceleration, such as batteries and fuel cells. There are two commonly explored, but independent routes to improvement: increasing the cell voltage and increasing the specific surface area of the porous electrode materials.

Improving supercapacitor energy density is an area of intense research largely centering on development and application of new graphene materials, carbon nanostructured composite electrode materials and various other high-performance materials. All of these solutions promise to not only maintain the fast charge and discharge advantages of supercapacitors, but also increase storage capacity.

It is expected that the increased energy density also will reduce the unit cost ($/Wh) of the devices and, in addition, make vehicle designers more comfortable using supercapacitors than in the past.