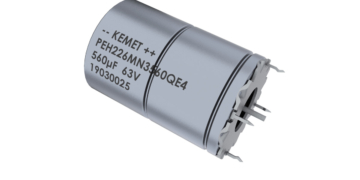 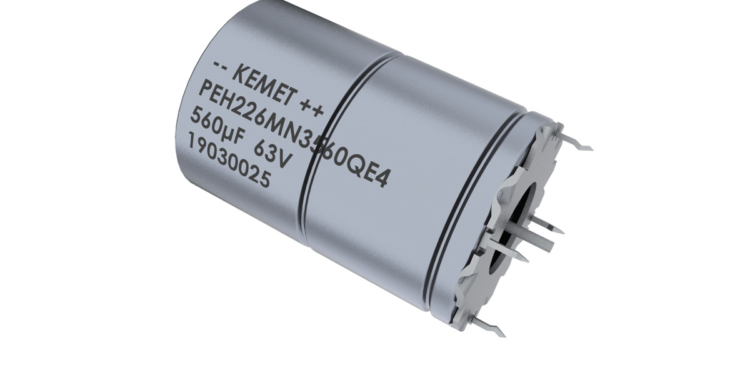 Many electronic designs today contain subsystems, such as DC-DC converters and linear voltage regulators, that require very large bulk capacitance at specific nodes.  Electrolytic capacitors (also called e-caps, electrolytics, or even just lytics) are a natural choice to fit this requirement, but they often fall short due to their relatively high series resistance and poor reliability performance.  To fill this gap, more exotic devices have been developed, but they can be prohibitive because of cost.  Recent advances in materials and construction technology has resulted in a new class of aluminum e-caps to solve this issue.  They provide extremely high capacitance per volume density and performance characteristics that meet strict automotive standards while maintaining a competitive price point.

The development of the electrolytic capacitor has been one of the main factors in the successful miniaturization and increased performance of every variety of electronics used today.  The basic e-cap construction is shown in the figure below.

Since capacitance is a function of surface area, aluminum foils are first etched to create a rough contour with maximal contact area.  Capacitance is also an inverse function of dielectric thickness, as shown in the equation below.

To realize the thinnest possible dielectric while still following the aluminum contours, an oxide layer is grown on the anode foil surface.  Oxides act as a unidirectional dielectric, only blocking the flow of current in one direction.  This leads to the well-known polarization of e-caps, as a reverse voltage will actively remove the oxide layer.

Since the anode is roughly contoured, it is difficult to make electrical contact with the oxide layer for the second plate of the capacitor.  This is where the electrolyte comes into play.  Traditionally a “wet” liquid, the electrolyte fills in the peaks and valleys of the anode-oxide surface, and effectively creates the cathode.  To produce a good terminal contact with this electrolyte, a second foil layer and a paper separator are added to fully complete the capacitor structure.  This aluminum-electrolyte-paper sandwich is then rolled or “wound” into a can and sealed with two terminals to finish the final device.  As shown below, an aluminum can and lid welded to two leads can be used to create an axial device formfactor.

Alternately, the can contact can be made using a “crown” to create a radial device that stands up vertically, as shown in the figure below.

The new generation of high performance e-caps by KEMET has been designed for automotive applications with extremely high demands. Low ESR is the result of a low resistive electrolyte/paper system and an all-welded design. The winding is housed in a cylindrical aluminum can with a high purity aluminum lid and a high quality rubber gasket. Thanks to its mechanical robustness, this series is suitable for use in mobile and aircraft installations, with operation up to +150°C. KEMET’s automotive grade capacitors meet the demanding Automotive Electronics Council’s AEC–Q200 qualification requirements and offer:

The axial and radial crown form factors are shown in the figures below:

These devices offer industry-leading volumetric capacitance, resulting in significant size improvements across the entire voltage range when compared to the next best competitor.  This trend is shown in the following figure, where the capacitance at 25V is nearly double the best competitor.

In addition to small size, the ultra-high CV devices boast extremely low series resistance values and can tolerate high ripple currents even at high temperature.  The comparison in ripple current to the best competitor at 150 ℃ is shown below.

In nearly every electronic circuit, some sort of voltage regulating system is required.  The most basic of these is the linear dropout regulator, or LDO, where the output voltage is realized by passing the output current through a controlled variable resistor (often a MOSFET.)  The feedback control to hold the output voltage steady has an associated time constant, and often cannot respond quickly to sudden or intense changes in load current.  To create a constant output voltage during these lags in regulation response, an output smoothing capacitor is often employed to supply current during transient events.  Shown in the figure below, the LDO depends on the 2,200 uF capacitor for maintaining a consistent five volt output.

In contrast to LDOs, switching converters regulate output voltage using the electromagnetic energy storage properties of inductors and capacitors.  By controlling the switching duty cycle, a fixed output voltage can be maintained by adjusting to the varying load current.  Just as in the LDO example, this control mechanism has an associated time constant that prevents switching regulators from responding quickly to intense load current transients.  As such, output smoothing capacitors can be used to supply the load while the duty cycle is tuned to the appropriate value.  An example of the output stage of a flyback converter is shown in the figure below where a 1000 µF electrolytic is used as an output smoothing device.

In both the linear and switching topology, the output smoothing capacitor is typically quite large to minimize voltage drop during discharge into the load and compensate for inductor ripple current.  Electrolytic capacitors are often an ideal choice for these components due to their high volumetric capacitance and low cost.  In addition, their polarization requirements fit nicely with the constant output voltage of converter applications. 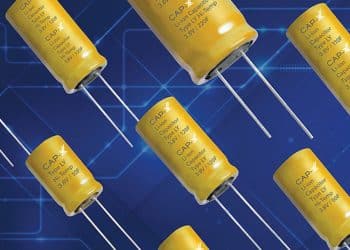 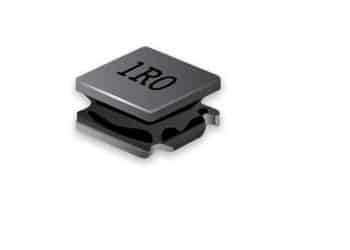