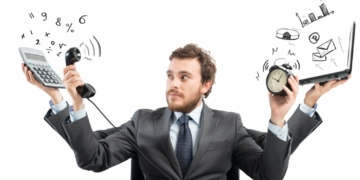 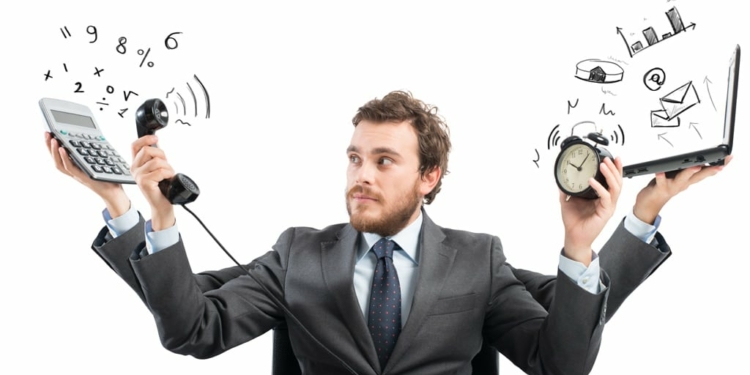 April 25, 2018 By EPSNews, Barbara Jorgensen & Gina Roos, Although the electronics supply chain has been dancing around the issue of double ordering for several quarters, a recent Morgan Stanley report finds there’s been a “significant uptick” in double ordering that has extended component lead times even further. Evidence of double ordering also has analysts questioning the sustainability of the current component-demand upcycle.

“To be fair, risks related to double ordering and the debate on the cycle have persisted for a number of quarters and yet company fundamentals and stock performance has remained strong,” said Joseph Moore, equity analyst, Morgan Stanley, in an April 18 update on the semiconductor market.

A Q1 2018 survey of distribution companies by Morgan Stanley found indications of double ordering reached an all-time high, with 46 percent of respondents observing this activity versus 24 percent in Q4 2017. Lead times have also continued to stretch and constraints persisted for 83 percent of survey respondents.

Most electronics distributors have processes in place to flag double ordering. Following a historic inventory glut in 2000-2001, distributors began comparing customer orders to their historic consumption. If a customer places an order with a significant upside, the distributor contacts that customer to determine if that upside reflects “real” demand. To date, in conference calls and interviews with EPSNews, distributors said they have a handle on double ordering and their biggest problem right now is getting parts.

However, distributors by design do not have a lot of visibility into what their competitors are doing. Distributors may communicate directly with suppliers if they suspect double ordering; suppliers, in turn, can gauge demand throughout their channel. However, distributors rarely share order information with one another, and orders placed in the independent, or non-authorized, channel are difficult to quantify.

“Sometimes working with your supplier, you can figure it out where they see significant upside on a particular part number or family of parts and then we can have conversations and compare notes,” said Dan Casey, executive vice president for global distributor Future Electronics. But it’s hard to figure out just how much double ordering is taking place, he added.

Independent distributors said they are seeing ample evidence of double ordering. “We have had a number of customers place orders with us that are non-cancellable, non-returnable [NCNR],” said John McKay, president of sales for independent distributor Freedom Sales. “Then they’ll come back to us to cancel the order because they received the parts from somewhere else.” Distributors are hesitant to enforce NCNR agreements because doing so tends to alienate customers.

Distributors are also reporting that they aren’t accepting orders from new customers on constrained parts. During periods of allocation, large and strategic customers are moved to the head of the fulfillment line. Distributors will first try to satisfy the demand of existing customers and then take on new business.

However, all of this has analysts worried that the demand signals currently in the supply chain are being exaggerated by double ordering. While the Morgan Stanley survey results should bode well for Q1 results and Q2 outlooks, they also indicate a heightened risk of excess continuing to build through the supply chain. The significant increase in distributors observing double ordering and further lead time stretching could elevate risks for an order slowdown for semiconductor companies in the second half of the year.

Distributors believe that underlying demand for electronics remains strong, and that all industry sectors are experiencing growth. Electronic content in the automotive market continues to increase, and the industrial market—the sweet spot for distribution—is being bolstered by IoT.

However, unlike in past cycles, component suppliers are being cautious about adding capacity. As a result, component shortages haven’t eased. Shortages are most acute for analog products, microcontrollers (MCUs), connectors, field programmable gate arrays (FPGAs), discretes and passives, according to Morgan Stanley. More than 80 percent of survey respondents cited supply constraints and called out the product categories of memory, FPGAs, discretes, passives, MCUs and analog. Passives such as capacitors and resistors continue to be cited by many respondents as being especially constrained.

More distributors are building up their inventory than they have in previous quarters, Morgan Stanley found. Analysts usually aren’t enthusiastic about higher levels of inventory, although suppliers and customers may be relieved. About half of distributors are increasing their inventory of analog products; 54 percent are stocking up on MCUs; and 46 percent are buying more connectors, Morgan Stanley reported. Most respondents who are looking to add inventory reported a 0- to 0.5-percent increase quarter over quarter. In addition, 56 percent of respondents said their customers expect to build up inventories, up from 53 percent last quarter.

IP&E specialty distributor TTI Inc. has always carried relatively high levels of inventory. TTI’s inventory level at the end of the first quarter of 2018 was 30 percent higher than it was at the start of 2017, according to Michael Knight, senior vice president, Americas, for TTI.

“You couldn’t do that from a start today,” said Knight. “The TTI advantage is that we saw what was coming in the middle of 2016 and started to buy accordingly. By the first quarter of 2017 we had plenty of confirmation that we were correct and started buying even more.”

Distributors are reporting that they are meeting customer demand and are not over-shipping. Global distributor Avnet Inc. watches its book-to-bill very closely, executives said.

“If we start to see things get beyond a certain threshold we go back and work with customers to make sure there isn’t double ordering,” said Therese M. Bassett, chief strategy, innovation and M&A officer, Avnet Inc. “Suppliers do the same thing with distributors to make sure we’re not over-ordering.”

“When we start to see a customer or a particular region start to get a little too hot, that’s when we’ll go back and re-evaluate all the orders and we ask for commitments from customers to ensure they’re taking the full supply,” Bassett added.

However, Morgan Stanley found that, if demand were to pause suddenly, some distributors expect they would have excess inventory. Others expect demand to remain robust through the end of the year—at least.

“Shortages are at an all-time high,” said Future’s Casey. “At the beginning of 2017, it looked like shortages would last through most of the year and could go into quarter one of 2018. Now that we’re in Q1, shortages will continue through the end of this year, and possibly into next year. Some folks are talking two more years. This year will continue to be pretty tough.”