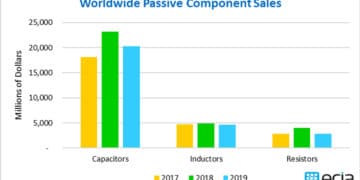 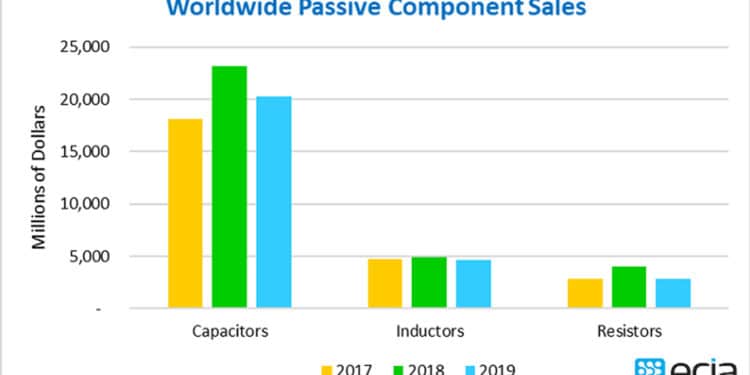 Average selling price improved 19.3%. Units sales were 5.4 trillion units totaling $27.7 billion. Key changes between 2018 and 2019 for the major categories were:

Sales from the past three years show 2018 to be a surge year for sales with levels retreating in 2019.  Capacitor sales were able to retain a significant share of the gains from 2018 while resistor sales were roughly equal to 2017 and inductor sales declined slightly compared to 2017 levels.  Revenues by region continue to be driven by the strong electronics production base in China and the Asia region.

Addressing ECIA research activities Ford explained, “ECIA has created an invaluable market research resource for its members. In addition, we are actively working to expand our research activities to deliver additional high-value data to support our member’s management and marketing needs including focused coverage of the impact of Covid-19 on players across the electronics components supply chain.”