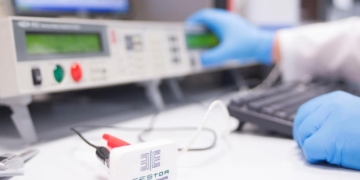 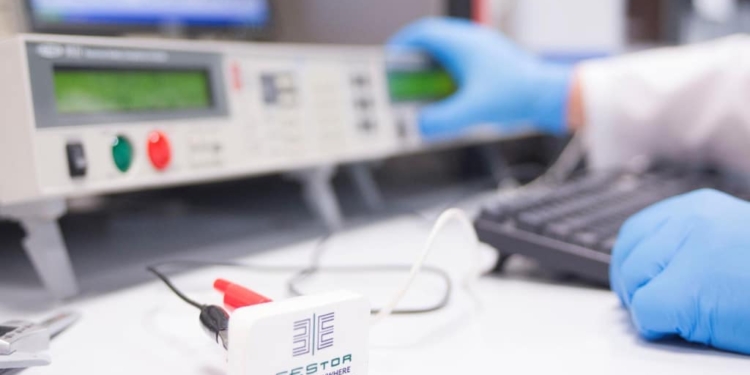 EEStor believes its ceramic technology to be longer lasting, more most effective than current technologies.

Toronto, Ontario – April 26, 2018 – EEStor Corporation (TSXV: ESU; “EEStor” or the “Company”) announced today that it published a report detailing the comparative advantages of its ceramic-based dielectric capacitor for the aluminum electrolytic capacitor (AEC) market. The report, prepared by the EEStor and its consultants, directly compares and contrasts its certified solid-state technology against incumbent AEC offerings.

Additionally, the ceramic-based dielectric material offered by EEStor is expected to allow the production of capacitors that dramatically extend the 1,000 to 10,000-hour life expectancy typically offered by AECs to decades, further increasing the expected pricing advantage of the EEStor capacitor, enabling the EEStor technology to potentially disrupt the multi-billion-dollar market by delivering lower cost, more efficient, longer lasting ceramic-based capacitors.

In 2018, the AEC market is expected to reach $4.6 billion (USD) globally1 and grow to $5.5 billion (USD) by 2022 2. AEC capacitors are utilized in multiple industries including alternative energy, lighting, telecommunications, automotive, military, medical and consumer electronics. AECs account for 6.5% of all capacitor shipments in terms of volume, but a full 22% of the global capacitor market in terms of U.S. dollar value.1

Ian Clifford, EEStor founder and CEO stated, “We are very pleased to publish the first in a series of market driven reports that clearly delineate the significant market potential for our technology.”

The full report and supporting documentation is available at www.eestorcorp.com

EEStor is a developer of high energy density solid-state capacitor technology utilizing the company’s patented Composition Modified Barium Titanate (CMBT) material.  The company is focused on licensing opportunities for its technology across a broad spectrum of industries and applications.