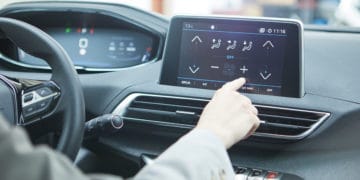 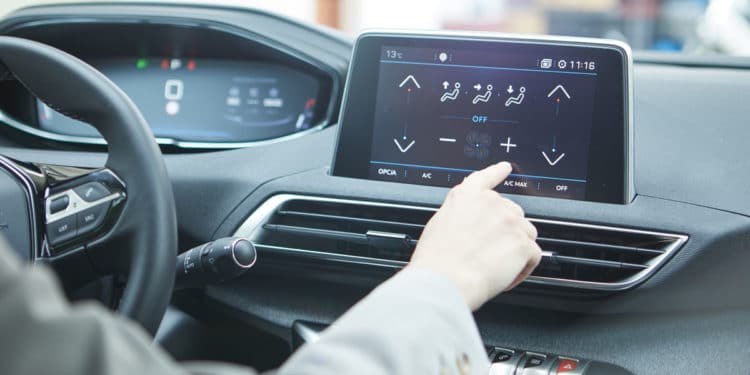 Conventional wisdom says that when sales in a given market segment are falling, it’s not a great time to introduce new products.

Take the automotive industry, for example. While carmakers hit the 17 million sales mark for the fifth straight year in 2019 (down 1.3 percent for the full year), they ended the year poorly: U.S. light vehicle sales in December were down 5.8 percent as compared to the same month in 2018.

Meanwhile, 2019 truck and SUV sales fell 3.2 percent from December 2018, while passenger car sales declined 12.5 percent. For the year as a whole, 16 car brands fell behind 2018 results and another nine ended their year with gains of 2 percent or less.

The only trouble that is a growing number of practitioners are not buying into this line of thinking, preferring instead to take a “full speed ahead” approach.

That company’s study, “Electric Vehicle Outlook 2019,” projects up to 57 percent of passenger vehicles to be electric by 2040. What is more, the management consulting firm McKinsey reports that, in 2019, worldwide EV sales approached 2.3 million vehicles.

With this growth in mind, it should not surprise us to see component suppliers continuing to expand their EV product offerings regardless of the near-term automotive sales outlook.

For example, consider two of the main purposes of capacitors in electric vehicles: to prevent ripple currents from reaching back to the power source, and to smooth out DC bus voltage variations. Capacitors are also vital in protecting semiconductors – originally thyristors, but now usually IGBTs.

Metallized film has become the capacitor technology of choice for electric vehicles and other medium- and high-power applications. Responding to demand, Kemet has launched its R41T and R76H series of AEC-Q200 qualified metallized polypropylene film capacitors to address the stringent requirements of the automotive applications, including those for electric vehicle powertrains and Advanced Driver Assistance Systems (ADAS).

This addition to Kemet’s product portfolio has a maximum operating temperature of 125 degrees C and exceeds the requirements of 85 degrees C/85 percent relative humidity temperature-bias-humidity tests, a reliability test designed to accelerate metal corrosion. The R41T and R76H film capacitors support the design of high-performance, high-reliability circuits including those based on Wide Band Gap (WBG) semiconductor solutions.

These new film capacitors complement the rapid growth in electronic content on a typical passenger vehicle. “The technology employed in our R41T and R76H and metallized polypropylene film capacitors ensures a high level of electrical performance along with industry-leading levels of ruggedness and reliability,” said Dr. Philip Lessner, Kemet Senior Vice President and Chief Technology Officer.

“With silicon approaching the limits of its development, the WBG market is expected to grow significantly, reaching a forecast of $1,820 million in 2024 – an increase of 33.4 percent over a five-year period,” Lessner said. The R41T and R76H series capacitors are available immediately via Kemet distributors.

Offered in compact packages, the devices are available in eight rated voltages, from 400 VDC to 2,500 VDC. Capacitors with voltage ratings of 630 VDC and below feature a mono construction, while devices with voltages above 630 VDC offer a series film construction. These capacitors offer rated capacitance from 0.001 microfarads to 15 microfarads, ESR down to 4 milliohms, and high ripple current capabilities up to 19.3A.

Multilayer ceramic capacitors (MLCCs) are commonly used in EV electronics and subsystems because of their high temperature ratings, small size and easy surface-mount form factor. Higher temperatures inside the control circuits mean that conventional plastic film capacitors may not be suitable for all applications, so ceramic MLCCs are being increasingly used.

As an additional benefit, MLCCs are generally surface mount direct to boards in which the components are mounted or placed directly onto the surface of a printed circuit board (PCB), yielding greater assembly efficiency and allowing shorter circuit tracks with lower inductance. In many cases this last feature allows lower capacitance values to be used, meaning that smaller components or fewer components can be used.

TDK, for example, has developed flip-type reverse geometry MLCCs in the 0510 format with capacitances of up to 1 microfarad for automotive applications. In contrast to conventional MLCCs, the connections on these flip-type capacitors are rotated through 90 degrees. The flipped geometry requires the termination to be applied along the length instead of the width of the MLCC. This produces a wider and, at the same time shorter current path, which results in lower ESL and ESR values, and thus lower impedances and fewer capacitors required. Reduced ESL is necessary for noise decoupling in high speed applications.

Reverse geometry flip type also has advantage in better mechanical strength to board flex and vibration, as one of the automotive requirement.

TDK’s CGAE series 0510 MLCC capacitors are designed for rated voltages of between 4 V and 50 V and cover a capacitance range from 47 nanofarads to 1 microfarad. All types of the new series are qualified in accordance with AEC-Q200. While TDK plans to develop larger capacitance values, the current 0501 MLCC devices are in volume production already.

While sales figures may have been low coming into 2020, the automotive OEMs’ EV-model pipelines are fuller than ever before, with approximately 400 new battery-EV models expected to hit the market through 2025. In 2020 alone, 113 new EVs are expected to be launched.

The continued “full speed ahead” approach to product development shows that component suppliers have realized that the future is electric, and that it will be here soon.

The article has been modified from its original content.