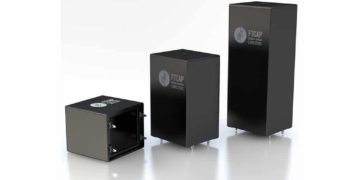 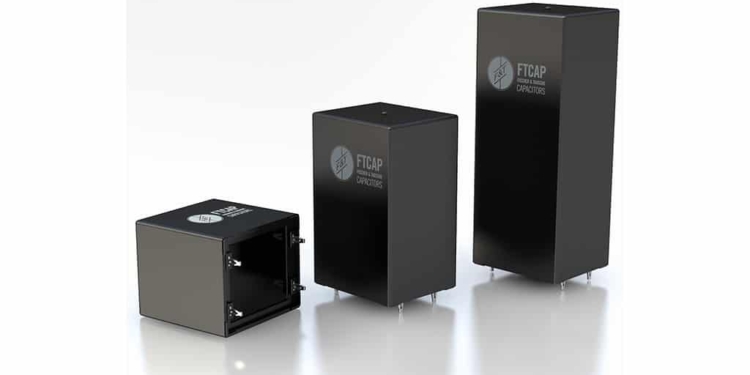 The cube-shaped film capacitors from Fisher&Tauche of the Joule Cap® series are “built high” to save space on the PCBs.

They are also available with EloPin® brand snap-in contacts, which are approved for automotive applications. The pins create a permanent gas-tight connection between the snap-in area and the metallised hole wall of the foil capacitors.

The Joule Cap® comprises low-inductance solutions with a high current carrying capacity. The standard capacities of the film capacitors range from 2.5 µF to 50 µF, and the voltage range is between 500 Vdc and 1500 Vdc.

The low inductance is achieved by means of horizontal winding of the foil capacitors. For simplified PCB assembly, FTCAP produces the film capacitors in three different heights of 38, 55 and 84 mm, each with the same base surface.

The special construction allows use of the film capacitors even in environments with extreme temperatures or temperature fluctuations (–45 °C to +85 °C). On request, FTCAP can also provide solutions for other voltage and temperature ranges, in addition to a high current capable version with copper contacts.