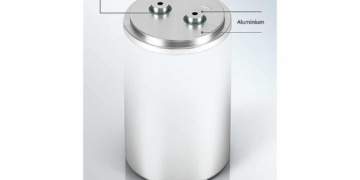 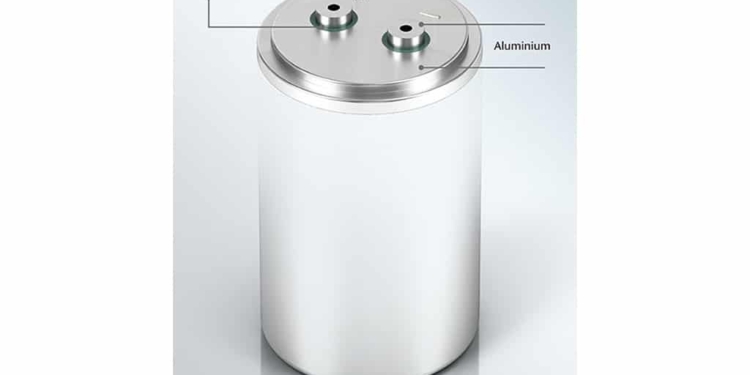 by Helmut Hart. Demand continues to escalate for capacitors that can handle new applications such as renewable energy and EVs. An innovative change in sealing technology could be the key to meeting those reliability needs.

When looking at energy and energy-storage applications, a case can be made that capacitors are the “unsung heroes” of the field. As passive devices, these two-terminal electrical components store energy and discharge when needed—oftentimes as a critically important “backup” power source.

Capacitors are more a part of our daily lives than we may think. Something as simple as an alarm clock, for example, keeps a charged capacitor on hand in case there’s a power failure. If the power source goes out, the capacitor discharges, sending current through the clock circuit to ensure that it keeps running.

As platforms for their effective use continue to evolve and develop, new capacitor types are entering the marketplace on a regular basis, to the point that supercapacitors—also known as electric double-layer capacitors (EDLCs) or ultracapacitors—are now available for larger-scale usage. Electric vehicles, including HEVs and E-Buses, rely on these components as they have far greater charge storage areas than standard capacitors. High-power applications and renewable-energy applications also utilize the technology. Other example areas include the defense, energy, and aerospace sectors, as well as a variety of industrial applications.

Apps for Caps and Supercaps

In the United States and beyond, increased demand for capacitors and supercapacitors has a number of drivers across a wide range of applications. Influences such as the Internet of Things (IoT) and the rise of smart devices are a prime example. These have pushed the demand for powerful lightweight components that require little or no maintenance, are able to operate in harsh environments across a wide range of operating temperatures, and have high-power density and high reliability.

The automotive sector is a key market for capacitors and supercapacitors, because a large number of functions can take advantage of their capabilities. Start/stop functions and power steering make use of capacitors, whereas hybrid electric drives require the increased power capability of a supercapacitor. And as electric vehicles continue to develop and enter the mainstream automobile market, these components will be used more extensively. Technological advances in the future could even result in supercapacitors replacing lithium-ion batteries as a power source, delivering a comparable driving range to that of gasoline and even diesel-powered vehicles.

The rail industry has also started to realize the full potential of supercapacitor technology. Manufactured in Zaragoza, Spain by rail company CAF, the Urbos 3 Tram uses a series of supercapacitors situated in the upper part of the carriages to allow braking energy to be recovered, leading to electricity savings of 35%. The supercapacitors can be charged at tram stops without the need for overhead cables, and can run between certain stops without the need to connect to a cable at all.

In the renewable-energy sector, supercapacitors are already prominently found in wind turbines, among other applications. The turbine’s blades must be regularly adjusted to ensure the turbine is operating at optimal levels in line with wind conditions, as well as to avoid mechanical stress. To achieve this, a pitch control system is used to make those adjustments when required. Should the power supply fail, supercapacitors are able to engage and deliver enough of a burst of power to return the blade pitch to a safe position to shut a turbine down, which isn’t always possible with battery power.

Supercapacitors also could play a key role in the future of energy storage in both photovoltaic (solar) and wave-powered applications as they develop. Both photovoltaic and wave technologies experience fluctuations in terms of output power. Supercapacitors can mitigate the effects of this: They help deliver a more constant level of power through a process referred to as smoothing.

Both solar- and wave-powered applications produce alternating current (ac) voltage, which must be converted to direct current (dc) via a bridge rectifier. However, if this power were to be applied without the use of a capacitor, a ripple would remain in the supply as the voltage oscillates between 0 V and maximum voltage. If applied to a light bulb, for example, the bulb would flash on and off. The capacitor ensures there’s no break in the supply by constantly storing energy when output voltage increases and discharging that energy when it decreases. Execution of this process supports greater longevity of specialized, costly components in these applications, ultimately making them more viable as clean-energy resources.

Aluminum electrolyte capacitors and supercapacitors have a weakness: Over the duration of their usage lifetime, they’re prone to electrolyte dry-out—often experienced as a result of imperfect terminal seals. Small amounts of moisture can penetrate an imperfect seal, which can cause gases to build up inside the capacitor over time.

Electrolyte dry-out leads to continuous deterioration in performance levels and is often counteracted by oversizing or using two capacitors where one could be sufficient without the presence of this chronic issue. The slow and continuous evaporation of electrolytes can lead to a capacity loss of up to 20%, which is significant in terms of efficiency.

Polymer seals, often used to seal capacitor terminals, are a weak link in the capacitor structure and can be faulted for both damaging moisture intrusion and loss of electrolytes through evaporation. Polymers, as with all organic materials, are prone to aging and become brittle over time, subsequently losing gas tightness. As humidity intrusion occurs through a faulty seal, moisture can penetrate the weakened seal while electrolytes are able to evaporate, ultimately leading to significant losses in capacity and lifespan.

The remedy for electrolyte leakage lies in the capacitor lids. By replacing seals made from organic compounds, such as polymers, with a specialty glass seal, capacitor terminals can be hermetically sealed into the aluminum lids. This protects the capacitor from moisture intrusion via the pin sealing and eliminates the issue of electrolyte dry-out. Because glass is an inorganic material, glass seals maintain permanent leak-tightness as they don’t age or wear out over time.

Glass-sealed lids can be customized to suit a wide range of applications for both small and large can types, including radial type, axial type, snap-in, supercapacitors, and electric double-layer capacitors. Glass-to-aluminium sealing (GTAS®) is a new technology specifically developed by SCHOTT for capacitors and batteries with high energy density. The methodology is based on the company’s expertise in specialty glass and glass-to-metal sealing dating back to 1939.

Utilizing glass-to-aluminum seals (GTAS) has wide ranging peripheral benefits. By design, GTAS available on the market today can provide high temperature resistance ranging from −40 to +150°C, opening the door to a vast array of applications. The leak-tight nature of the seals also means that similar or smaller-size units with higher capacitance can be designed. The reliable leak-tightness of the non-aging glass seal not only allows for the extension of shelf life of a product, it increases the product’s service life—even in harsh environment conditions.

New designs of aluminum electrolyte capacitors, including cutting-edge supercapacitors, are currently in development for modern and emerging applications. Possibilities include electric vehicles, high-power applications, heavy industry, and renewable energy, among others. These applications pose new technical requirements on the capacitor, demanding long-lasting high performance. Such demands are where GTAS affords an opportunity for improvement: leak-tight capacitor lids can support both small and large capacitor designs to fulfill such requirements.

GTAS capacitor lids can offer up to a 20% reduction in capacitor package volume, a 60% reduction in capacitance loss, and a 50% improvement of internal resistance. This, coupled with the components’ ability to operate across a broad range of extreme temperatures, equates to an increase in product longevity of anywhere from 10 to 15 years compared to that of organic-sealed counterparts.