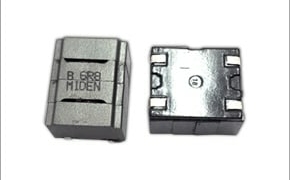 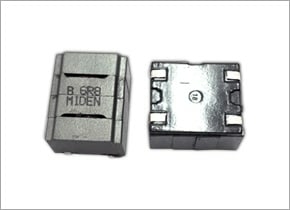 Manufacturers in China remain focused on the release of units in smaller chip packages, while key players advance toward integrated solutions.

Inductor development in China continues to move toward miniaturization, with most makers planning to introduce chip types with a smaller footprint than widely produced 0402, 0603, 0805 and 1206 units. They have the 0201 category on the agenda and look to step up to 01005 in the future.

For a few companies, R&D attention is on the integration of passive and discrete components in a single package using low-temperature co-fired ceramic or LTCC technology or its variation that is based on ferrite. This elite group includes major local players Sunlord, Guangdong Fenghua and Microgate, which are chip inductor specialists allocating over 70 percent of total output for the kind. There are also makers of EMI ferrite beads or bead arrays and SMD transformers pursuing separate ventures on this.

Sunlord invested $166 million in its chip inductor and LTCC expansion project in 2016. It has been mass-manufacturing 01005 units, which are said to be of equal quality with industry leaders Murata and TDK. The company will commence volume production of LTCC integrated components in one to two years. Microgate is also pursuing this method of fabrication.

Guangdong Fenghua has been using ferrite-based LTCC technology or what is referred in China as LTCF in its integrated components. In chip inductors, the maker is set to present its first 01005 batch in one or two years.

More China suppliers are expected to focus on LTCF in pursuit of greater miniaturization.

Overall, chip inductors have an increasing share of China’s inductor output, having already approached the halfway mark two years ago, according to the Qianzhan Research Center.

At Miden Electronics Ltd and Shaanxi Gold-Stone Electronics Co. Ltd, the surface-mount variant currently accounts for 50 percent of yield for the line. In Tianchang Fuan Electronic Co. Ltd, its portion is 10 percent.

Inductors from China form the bulk of global shipments, accounting for more than 30 percent of the total. The sector there has been enjoying steady growth in terms of sales, which is forecast to rise by 10 percent this year. Revenue hit $1.8 billion in 2016 from $1.7 billion in the preceding year, according to local research firm SEIR.

Fueling the upward trend in demand worldwide is the mobile and automotive electronics, communications and home appliances industries. In coming years, the Internet of Things is expected to provide a significant boost to this components sector. In 2020, shipments of IoT devices are projected to soar to 38.5 billion units from 13.4 billion in 2015, according to Juniper Research.

In response, China suppliers of inductors have signified readiness for the rise in orders. Tianchang Fuan beefed up output by 10 percent in 2016 and will continue to do so at this rate this year.

About 500 companies constitute the inductor manufacturing pool in China. Over two-thirds are homegrown makers, of which fewer than 100 are operating on a large scale. The foreign players with factories there include Murata and TDK.

Many of these suppliers also turn out other passive components such as capacitors and resistors.

The production centers are in the provinces of Guangdong, Zhejiang and Jiangsu. More than half of the manufacturers gather in the first, specifically in the cities of Dongguan, Shenzhen and Zhaoqing.