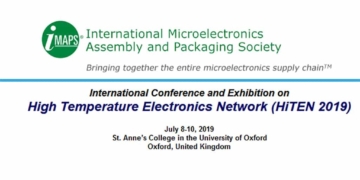 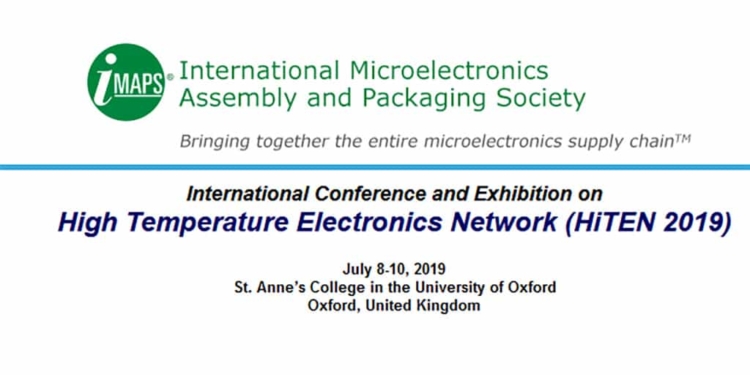 The objective of the HiTEN Conference is to have a unique forum that brings together researchers and practitioners in academia and industry from all over the world. All styles of practical high temperature electronics design and implementation approaches are encouraged, along with a variety of high temperature application areas.

Today the main semiconductor focus of HITEN is silicon and silicon on insulator (SOI). Although, HITEN is not simply a semiconductor focused network. HITEN provides a conduit for the exchange and dissemination of information on all aspects of high temperature electronics. It is a global network with users, suppliers, developers and fundamental researchers dealing in all aspects of High Temperature Electronics.

Increasing operating temperatures of the electronic devices to 200oC and higher is desirable for applications such as downhole drilling, power electronics, automotive under the hood, military and avionic devices. The advantages of Tantalum (Ta) capacitors such as record high volumetric efficiency and capacitance stability vs. temperature and bias are significant for these applications.

Manufacturing of these capacitors includes advanced flawless technology (F-Tech) and unique simulated breakdown screening (SBDS). F-Tech suppresses activated by temperature degradation processes in the Ta2O5 dielectric and adjacent areas of the anode and cathode, which cause the capacitance loss, increase in the dc leakage (DCL) and equivalent series resistance (ESR), and eventually failures of Ta capacitors.

SBDS allows screening of potentially unreliable capacitors with hidden defects in the dielectric that are not detectable by the existing screening techniques based on the DCL testing. Additionally, the traditional silver paste in the external metallization layer was replaced with plated nickel with low diffusion activity, which eliminated failures related to the metal migration from the external metallization layer through the external cathode layer toward the dielectric on the anode surface.

These defects caused either over-the-limit DCL at the final aging or DCL increase and failures at the early stages of the high temperature testing. The nature of the defects in the Ta2O5 dielectric induced by the reverse voltage, technological means to address the issue, and the results of the testing of the Solid Electrolytic Ta capacitors at record high temperatures and voltages will be presented in this paper.

The use and growth of high temperature electronics in a variety of applications (such as oil and gas exploration and production, automotive under the hood, aerospace and satellite/space to name a few), has necessitated a closer look at the technology used in passive components (such as resistors).

A variety of resistor technologies may be suitable for high temperature applications. In the paper information on thin film technologies (both nichrome and tantalum nitride thin film information is presented), thick film, wire-wound, along with carbon and ceramic composition types, with discussions regarding their respective characteristics that make them more or less suitable for high temperature and other excessive environments.

This paper presents information on resistor construction details, material information and manufacturing processing, along with test data and performance summaries under short and long term high temperature conditions. Additionally, other pertinent test data through a multitude of standard and customized environmental tests is presented Although resistors and other passive components are often taken for granted, high temperature applications can tax the performance of many resistor types. The proper selection of resistive components will insure that the resistor tolerance stability, temperature coefficient (and temperature coefficient tracking for resistor networks), and resistor reliability is maintained to insure reliable circuit performance.

Resistors have traditionally been manufactured by a variety of methods and technologies, including metal and metal oxide film, metal foil, carbon, wire-wound, and thick film methods. Each of these has specific characteristics which make them more or less suitable for high temperature applications. Resistor degradation at high temperature can vary from a small resistance change over time to a catastrophic change in resistance, exhibited by either becoming open circuit or in some cases a short circuit. Additionally, the coating and insulation materials used have a significant impact on the suitability of the resistor in high temperature applications.

This paper reviews all the parameters in a resistor to insure the design engineer has sufficient information to make knowledgeable and proper resistor selection to insure optimum cost, performance and long term life.

The IMAPS HiTen conference website with complete program can be seen here.