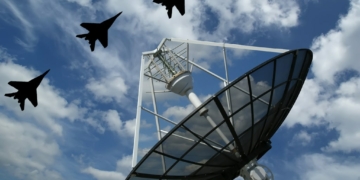 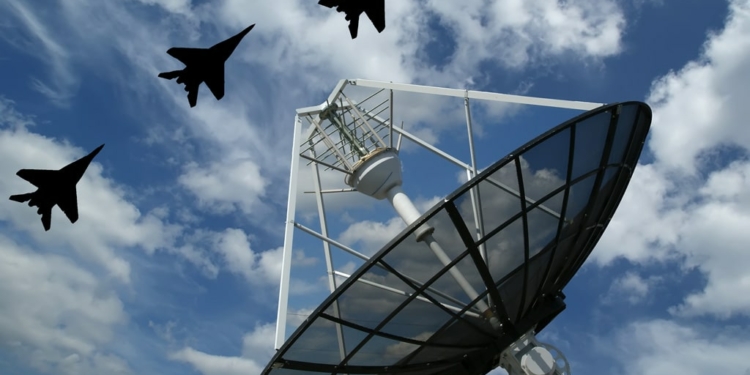 “This provision will strengthen our electronics manufacturing industry and ensure that our service members have dependable access to the advanced electronics they need to succeed in any mission,” said U.S. Senator Joe Donnelly (R-IN).

A central objective of the 2019 NDAA is to determine whether there are enough U.S. manufacturers and trusted foreign suppliers of vital military equipment. As this equipment becomes more and more reliant on electronics and electronic components like chips, resistors, semiconductors, printed circuit boards and software, the ability of the U.S. and its allies to supply these electronic building blocks is critical.

“We need to onshore our critical defense supply chains,” said retired Army Gen. John Adams, who shares fears with others that a country like China, especially in a heated trade war, could flex its economic muscle for diplomatic and geopolitical purposes, potentially placing the aerospace and military electronics supply chains at risk.

The question is, can the U.S. and its allies meet aerospace and military electronics demands?

What this information tells us is:

There are parts shortages. “Naval Aviation Forces have been forced to cannibalize aircraft, parts and people to ensure those leaving on deployment had what they needed to be safe and effective while operating forward,” said vice admiral Troy Shoemaker, Commander of Naval Air Forces, when asked about readiness by a House Armed Services Committee Subcommittee. Shoemaker added that only 50% of the Navy’s F/A-18 E/F Super Hornet community is currently mission capable.

Congress must ensure that ship and aviation maintenance are funded at greater than 90% of the planned requirements for the coming five years to ensure that positive readiness gains are made and sustained.
Congress should fund the accelerated acquisition of fifth-generation fighter and advanced-tanker platforms, while pursuing bomber; tactical mobility; intelligence, surveillance, and reconnaissance (ISR); and electronic-attack-aircraft acquisition and upgrades.
New laser weapon systems need to be developed.
There must be continuous development of defensive and offensive cyber capabilities, including improvements in cyber security.

Getting ready for the 2019 NDAA

To meet NDAA objectives, revenue opportunities are clearly present for U.S. and allied electronics manufacturing firms. However, companies also face a plethora of challenges that are equal to those opportunities. Among these challenges are: electronics component shortages, trade wars and protectionist policies and counterfeit parts.

In May, 2018, the global passive component shortage was driving up prices by 75%. EMS firms like the UK’s Chemographics fought the problem by opening up sourcing arrangements with Chinese firms, but this can become a sticking point for EMS companies that provide electronics to U.S. military and aerospace firms, given the current U.S. stance on trade with China—and the overall concern of relying on potentially hostile governments for essential electronics for U.S. military operations.

Concern about the security of U.S. military and aerospace electronics systems has grown with the current focus on trade and the growth of protectionist policies that include a directive in August 2018, forbidding U.S. government agencies to purchase equipment produced by entities known to be owned or controlled by the Chinese government. The issue for electronics manufacturers, will be where to alternately source components if they don’t source from China, and how to deal with the cost increases that are likely to result as they move to alternate suppliers.

A second issue concerns the pressures that on shore companies face because of new tariffs that the administration has implemented. “There are printed circuit board manufacturers that have been harmed by tariffs because they have invested in capital equipment needed to transform their operations into advanced manufacturing. Their equipment orders went in before tariffs were instated, but now they have to pay the additional tariffs before they can get delivery,” said Chris Mitchell, vice president of global government relations for IPC, a global trade association dedicated to furthering the competitive excellence and financial success of its electronics industry members. “This is undermining their ability to modernize themselves,” said Mitchell. “The tariffs also create uncertainty for manufacturers going forward.

Gaps in the supply chain

“The first step the electronics industry needs to take is to conduct a total assessment of the supply chain,” said Mitchell. “We need to know where the gaps and the weaknesses are in the supply chain so we can bolster it and meet the needs of DoD and aerospace.”

Mitchell said that historical focus has been on only certain industry segments. “The printed circuit board segment of the supply chain is fairly well understood and documented,” he said, “But there are other areas of the electronics supply chain where there isn’t a strong understanding of the weaknesses and gaps. Some of these areas include cabling, connectors and passive components. Each of these segments has the capacity to impact other segments.”

Six years ago, the Senate Armed Services Committee uncovered 1,800 cases of counterfeit parts involving over one million units. Affected systems included thermal weapons sights, missile computers, helicopters, and aircraft. Over half (53%) of the substandard or counterfeit electronic components came from China. The problem has not gone away. Electronics manufacturers will have to monitor and mitigate for counterfeit parts as they meet the demands of the military and aerospace sectors.

A game plan for NDAA

Clearly, electronics firms in the U.S. and allied countries need to develop game plans that address the challenges and capitalize on the opportunities for the long-term direction of military and aerospace electronics and spending that the 2019 NDAA puts into play.

Going forward, dielets innovated by DARPA may be used as part of its Supply Chain Hardware for Electronics Defense (SHIELD) program, serving as microscopic tags embedded in each integrated circuit, and expressly designed to detect tampering.

In the final analysis, the U.S. Department of Defense and the aerospace industry want to ensure that they have the electronics necessary to run their operations, and that this technology is safely on friendly shores. This presents opportunities for companies in the U.S. and its allies’ countries to manufacture the electronics that modern military and aerospace operations need, as well as to source the componentry and materials needed to build the equipment.

“Overall, this is a challenge for the industry as a whole, which is facing component shortages and trying to manage that, as well as needing to expand to meet the growing needs of the defense and aerospace sectors,” said Mitchell. “At the same time, there are many areas of the electronics supply chain that are not well understood, and that need to be probed so we can understand where the vulnerabilities are and correct them. What section 845 of the NDAA report tells us is that the government is sensitive to these issues. This helps lay the groundwork that will enable electronics manufacturers to move forward.”