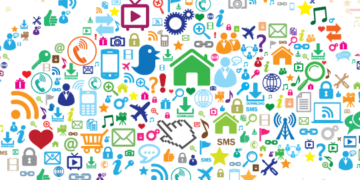 Due to the boom of the ever-growing Internet of Things (IoT), a heavy usage of consumer electronics, and the move towards more complex safety and infotainment systems in automobiles, demand for resistors is on the rise. Automotive, mobile device, and factory automation applications are all fueling demands. Because of this, manufacturers in these industries are paying extra premiums for a commodity that has traditionally remained steady at less than a penny per part.

OEMs are scrambling to find new sources of supply for these usually easy to find parts. Fusion Worldwide, a large independent electronic components distributor, reported a significant increase in resistor request for quotes (RFQs) over the last two months, with the months of June and July producing 20 times the amount of inquiries as compared to any other instance over the past year. What’s more, the electronics distributor has seen a 200% uptick in capacitor demand in the last month, driven by mobile phone component needs.

According to Tobey Gonnerman, executive vice president, global trade for Fusion, the markets affected have been susceptible to such shortages because there is simply more demand in these industries. Passive components aside, the IoT boom and a heavy usage of consumer electronics, along with the move towards more complex safety and infotainment systems in automobiles, also puts certain memory products, notably NAND Flash and RDIMM, in greater demand.

“Our world and all the devices we use are increasingly more digital, so the manufacturers are racing to keep up,” Gonnerman told EBN.

When it comes to price premiums, there’s no clear trend. “Some extreme premiums are being paid, justified by the efforts of manufacturers to get their end product to market quickly,” Gonnerman said. “For passive components, we’ve see premiums of 300 to 800% being paid for low-cost components recently

But how long will shortages last? Although there will always be shortages to some degree, as it’s the ebb and flow of the market, current component prices are expected to continuously increase. Memory is predicted to be on the rise, too, due to planned price increases. Overall, it looks like there’s a long road to relief.

Unfortunately, Gonnerman said this issue is already moving into other product areas, as there are ongoing shortages across several different product groups. Many of them are driven by the spikes in demand for products, and besides for capacitors, resistors, and memory products, there are many shortages in other board-level components, including transistors, logic devices, application-specific integrated circuits (ASICs), and programmable logic devices (PLDs).

On the plus side, independent distributors like Fusion are helping customers.

“We’re their Swiss Army knife when they need it the most, and we’re even seeing customers we’ve never worked with before turning to us and other independent distributors given the intensity of recent shortages,” Gonnerman said. In general, the supply chain is highly inefficient, with obsolescence, natural disasters, and mergers and acquisitions occurring regularly, so that makers of goods can’t get the parts they need. That reality ensures the need for distributors.

Of course, those in the affected industries must wonder if the spike in demand and lack of available products will lead to poor sourcing decisions. There’s no way to accurately predict what will happen, according to Gonnerman.  However, that the experienced players typically do fine, thanks to historical knowledge to better forecast and reserve component supply and order extra.

“The newer players, on the other hand, run into more issues simply because they are less experienced with the ebb and flow of the supply chain,” Gonnerman said.

The picture isn’t all dark, though. Distributors have learned from shortages of the past.   At the recent ECIA Executive Conference in Chicago, Nick Hawtrey, CFO of Allied Electronics, said that lead times have caused massive problems for manufacturers in the past — mainly due to overreacting — leading to price increases.

“I think we are much better prepared to deal with it than in the past,” Hawtrey said. “We need to look at capacity versus capex (capital expenditures). We have to make sure we don’t create an artificial shortage. There are companies killing it because they’ve invested heavily in inventory. It’s all about managing that supply chain much more effectively than we’ve done in the past.”