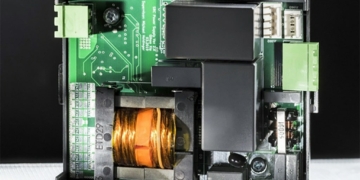 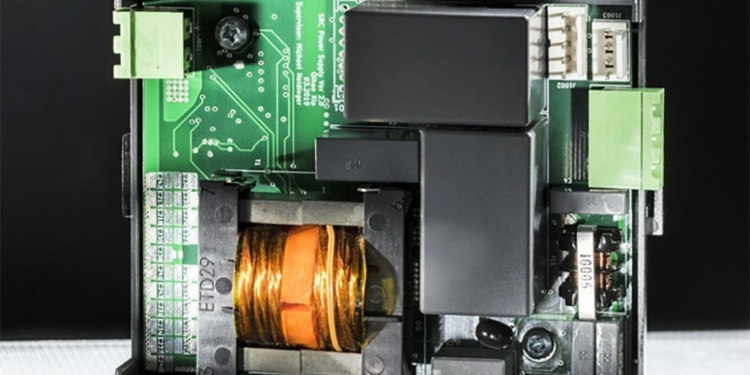 KIT Karlsruher Institute of Technology researchers have developed a new control method for switching power supplies, which enables the replacement of reservoir electrolytic capacitors by smaller film capacitors to significantly increase the service life of the supply.

The space-saving and energy-efficient switching power supplies used nowadays are both lightweight and compact. They rely on fast changing waveforms to transfer power and employ electrolytic capacitors to smooth out switching spikes to produce a nice smooth DC output voltage level.

The switching signals can be quite destructive over time and often an autopsy on a failed supply reveals an electrolytic smoothing capacitor has given up the ghost. Film capacitors are much more robust by comparison but their physical size for an equivalent capacitance makes their use impractical.

Scientists at the LTI (Institute of Light Technology) at KIT (Karlsruhe Institute of Technology) have now developed a new microcontroller-controlled signal modulation switching technique that allows the use of a smaller value reservoir capacitor to achieve the same level of output voltage regulation that you can expect from a standard switched-mode design using a large-value electrolytic. The smaller-valued capacitor required in this new design can now be a foil type which works out to be only slightly larger than the electrolytic used in the standard design.Control via microcontroller

The control method relies on a fast microcontroller built into the power supply. It can quickly detect and compensate for fast voltage fluctuations. As a result, you can use a smaller capacity storage capacitor. The use of foil instead of electrolytic capacitors eliminates the main cause of failure in switching power supplies. The researchers claim this will triple the expected MTBF of the power supply. The increased reliability and reduced maintenance costs will be particularly attractive for avionics, electric vehicles and many other industrial applications where safety and reliability are key.

The researchers are now looking for partners in industry already engaged in the design of power supplies who will be able to fully exploit the benefits of this new design concept.