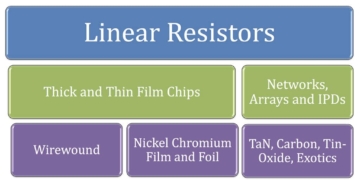 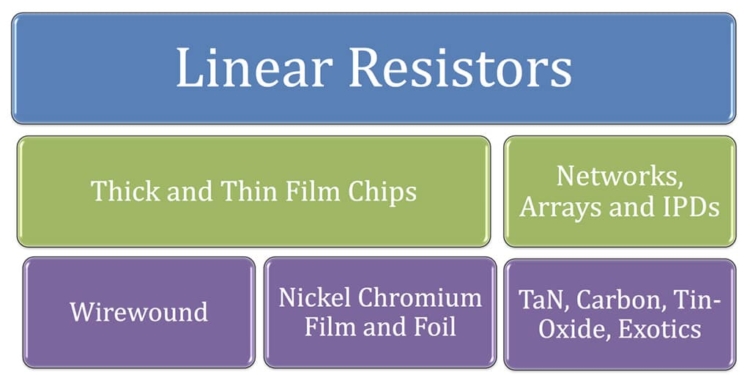 Linear resistors accounted for $3.718 BB USD in global revenues for FY 2019 and almost 2 trillion pieces consumed, up by 18% in US dollar value from the prior fiscal year. The unique nature of the linear resistor market is the disparity between volume of consumption and associated value of consumption, -reflecting a true example of the low priced, high volume commodity component environment.

Paumanok IMR breaks down the linear resistor markets into multiple levels of market value, based primarily upon configuration and technology, which are how the products are also priced and sold or OEM, EMS and distribution companies worldwide.

Thick film chip resistors, based upon ruthenium oxide resistive pastes on 96% alumina substrates accounted for the largest single revenue stream in the linear resistor segment of the market; and also represents the largest unit volume of resistor consumption for FY 2019; followed by networks, arrays and integrated passive devices; with throughole components, such as wirewound, nichrome film, tin-oxide, tantalum nitride, bulk metal foil, and carbon based resistors as the remaining low volume, high value revenue streams in the linear resistor market “market arch” for FY 2019 and FY 2020.

Over the past 24 months the global resistor markets have been in turmoil. The turmoil was created by a shortage of thick film chip resistors. This in turn caused the price of ruthenium metal to increase, and the availability of aluminum substrates to be constrained. Subsequently customers looked to alternative technologies in nickel-chromium resistors to satisfy shortfalls in ruthenium/alumina resistor supplies.

Paumanok Estimates. The Linear Resistor market grew by 15.4% in FY 2018 and 18% in FY 2019 due to strong worldwide demand from multiple industries and multiple end-use segments. In particularly strong demand was thick and thin film chip resistors, which would be the counterpart to MLCC and tantalum chip capacitors.