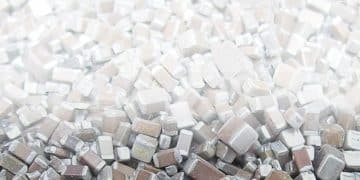 Passive component makers have seen their commodity MLCC and chip resistor inventory swell since the second half of this year, as a result of sluggish demand for consumer electronics products, and they are eyeing automotive applications as growth driver, according to industry sources.

The sources said demand for commodity MLCCs and chip resistors is expected to gradually pick up in September, but what matters most for suppliers is to solve their inventory problem.

Taiwan’s top passive component maker Yageo has said that it will take six months to have inventories for commodity offerings return to normal levels amid weak terminal market demand.

Holy Stone, a distributor and manufacturer of passive components, is also downbeat about sales prospects for the second half of the year, as inventory correction at clients will continue for 3-6 months amid high market uncertainties.

By contrast, Nichidenbo, which distributes aluminum electrolytic capacitors for the world’s top maker Nippon Chemi-con, faces less pressure on inventory adjustment as its supplies are mainly for high-end applications and remains upbeat about its sales performance in the second half of the year.

Meanwhile, passive components makers are actively increasing shipments for automotive applications. Yageo, for instance, is expected to ramp up the revenue ratio for automotive electronics to 22% by the end of 2023 from current 18-20%.

Thinking Electronics Industrial, a leading supplier of negative temperature coefficient thermistors, is strengthening its deployments in EV, energy storage and 5G applications looking to offset declines in shipments for consumer applications. The company’s new plant in Kaohsiung, southern Taiwan is set to start commercial production of EV-use protective components in the second or third quarter of 2023 to meet market demand that is expected to grow sharply starting 2024