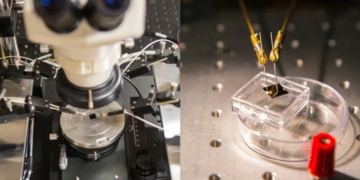 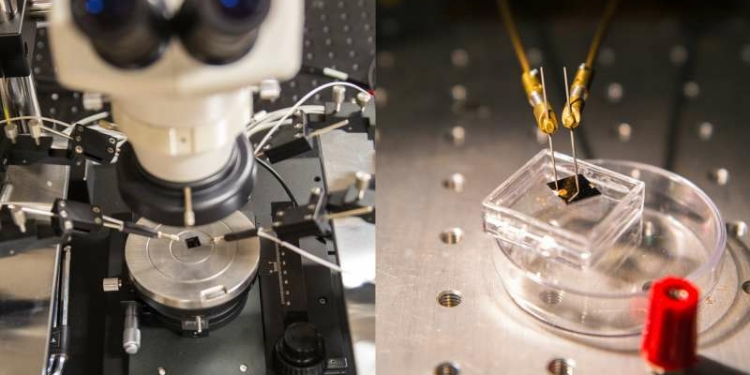 The Internet of Things is coming, that much we know. But not without components and chips that can handle the explosion of data that comes with IoT. In 2020, there will be 50 billion industrial internet sensors in place. A single autonomous device – a smartwatch, a cleaning robot, or a driverless car – can produce gigabytes of data each day, whereas an airbus may have over 10,000 sensors in one wing alone.

Two hurdles need to be overcome. First, current transistors in computer chips must be miniaturized to the size of only few nanometres, a huge thermodynamic challenge; second, analysing and storing unprecedented amounts of data will require equally huge amounts of energy. Sayani Majumdar, Academy Fellow at Aalto University, along with her colleagues, is designing technology to tackle both issues.

Majumdar has with her colleagues designed and fabricated the basic building blocks of future components in what are called “neuromorphic” computers inspired by the human brain. It’s a field of research on which the largest ICT companies in the world and also the EU are investing heavily. Still, no one has yet come up with a nanoscale hardware architecture that could be scaled to industrial manufacture and use.

“The technology and design of neuromorphic computing is advancing more rapidly than its rival revolution, quantum computing. There is already wide speculation both in academia and company R&D about ways to inscribe heavy computing capabilities in the hardware of smart phones, tablets and laptops. The key is to achieve the extreme energy-efficiency of a biological brain and mimic the way neural networks process information through electric impulses,” explains Majumdar.

Basic components for computers that work like the brain

In their recent article in Advanced Functional Materials, Majumdar and her team report that they have fabricated a new breed of ferroelectric tunnel junctions, nanometre-scale ferroelectric thin films sandwiched between two electrodes. They have abilities beyond existing technologies and bode well for energy-efficient and stable neuromorphic computing.

The junctions work in low voltages of less than five volts and with a variety of electrode materials – including silicon used in chips in most of our electronics. They also can retain data for more than 10 years without power and be manufactured in normal conditions.

Tunnel junctions have up to this point mostly been made of metal oxides and require 700 degree Celsius temperatures and high vacuums to manufacture. Ferroelectric materials also contain lead which makes them – and all our computers – a serious environmental hazard.

“Our junctions are made out of organic hydro-carbon materials and they would reduce the amount of toxic heavy metal waste in electronics. We can also make thousands of junctions a day in room temperature without them suffering from the water or oxygen in the air,” explains Majumdar.

What makes ferroelectric thin film components great for neuromorphic computers is their ability to switch between not only binary states – 0 and 1 – but a large number of intermediate states, as well. This allows them to ‘memorise’ information not unlike the brain: to store it for a long time with minute amounts of energy and to retain the information they have once received – even after being switched off and on again.

These are called memristors. They are ideal for computation similar to that in biological brains. Take, for example, the upcoming Mars 2020 rover. For the Rover to process data on its own using only a single solar panel as an energy source, its unsupervised algorithms will need to use an artificial brain.

“What we are striving for now is to integrate millions of our tunnel junction memristors into a network on a one square centimetre area. We can expect to pack so many in such a small space because we have now achieved a record-high difference in the current between on and off-states in the junctions and that provides functional stability. The memristors could then perform complex tasks like image and pattern recognition and make decisions autonomously,” says Majumdar.

featured image: The probe-station device (the full instrument, left, and a closer view of the device connection, right) which measures the electrical responses of the basic components for computers mimicking the human brain. The tunnel junctions are on a thin film on the substrate plate. Credit: Tapio Reinekoski