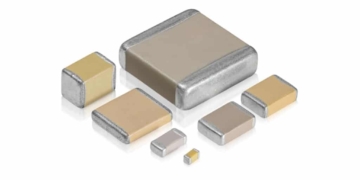 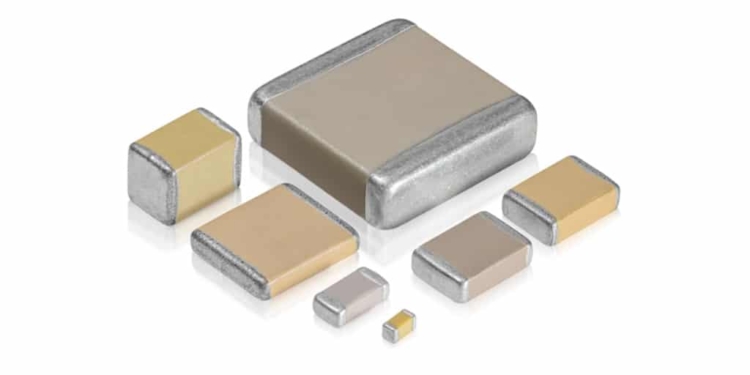 Knowles Capacitors explains the ins and outs of chips capacitors – their properties, product classifications, test standards, and use cases. In the next article, manufacturers’ MLCC chip visual standards are explained.

Multilayer ceramic capacitors (MLCCs) must possess fine workmanship and physical integrity, so visual inspection of the product is performed at 20X magnification to check for defects in the capacitor body and end metallization. Visual standards are detailed in MIL-C-123B, Appendix C, and manufacturers typically inspect only sample quantities in accordance with MIL STD 105, Level II, 0.65. Acceptance or rejection of standard production lots is based on various defective criteria, as listed in Table 1 and depicted in Figure 1. 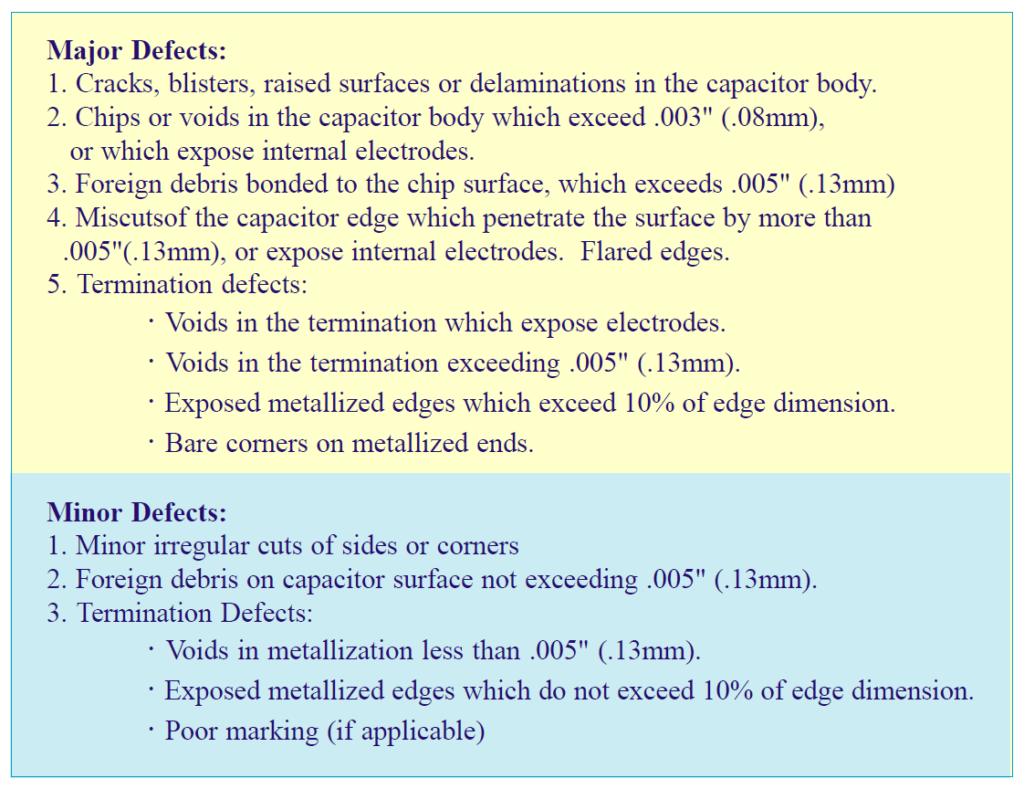 In addition to the external visual characteristics, quality standards for internal microstructure of the chip capacitor are also applicable, as viewed on polished cross sections of capacitor samples. Units are sectioned along the long and short dimension of the capacitor to provide two edge views of the internal electrodes and terminals.

Although any degree of internal defect is considered undesirable, the fact remains that these types of defects can occur occasionally in different degrees of severity. Typically, delaminations, internal voids, cracks, and other irregularities (see in Figure 2) are classified based on their severity and are considered to constitute defects if they exceed the criteria based on EIA 469.

A delamination is a separation of the structural layers of the capacitor, in the form of a planar cavity, between the electrode and ceramic or within the dielectric itself. Any delamination which can be considered to be detrimental to the electrical and mechanical integrity of the capacitor is classified as a defect, and generally involves the following:

Any void which can be considered detrimental to the electrical and physical integrity of the capacitor is classified as a defect, and generally involves the following:

Any crack which can be considered detrimental to the electrical and physical integrity of the capacitor is classified as a defect, and generally involves the following:

Irregularities in the construction of the chip capacitor do not necessarily affect the mechanical or electrical integrity of the device, but may be of concern in high reliability applications. The following is a compilation of structural irregularities according to the EIA 469:

A variety of imperfections observed on sectioned specimens can arise due to the method of sample preparation and must be identified (so as to preclude erroneous interpretation of results). Subtle observations and precautions can be followed to positively segregate preparation problems from actual defects. First, it is essential that the specimen be observed, prior to mounting in a section, to determine if any obvious mechanical flaws are present. Usually this is accompanied by inspection of basic electrical properties. Secondly, units must be rigidly encapsulated with non-shrinking (and hence stress-free) resin, followed by grinding and polishing with fine grit abrasives under controlled pressure to avoid cracking. Sections must be polished to remove all vestiges of the rough cuts used to reduce the specimen and then cleaned thoroughly before observation. This procedure will minimize the occurrence of most sectioning-induced defects (depicted in Figure 3). 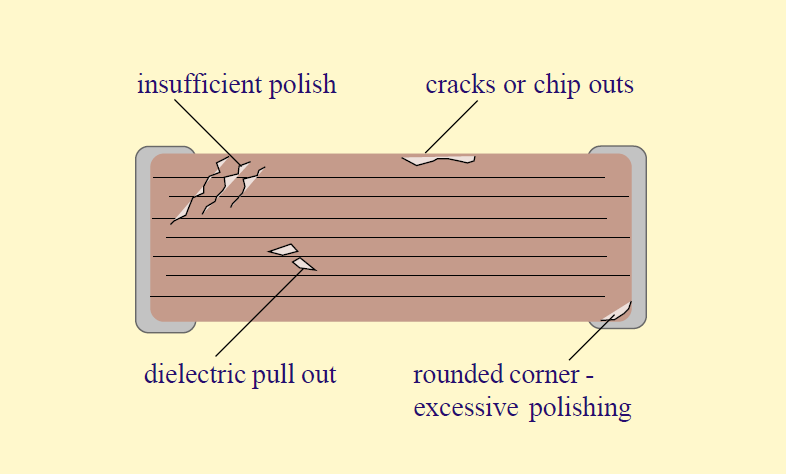 The following criteria are used to attribute defects to sectioning methods:

Evaluation of visual and microstructure quality of chip capacitors is very subjective, and difficulties arise in correlating opinions between observers, especially when considering the minor category of defects described above. In addition, dissimilar images can occur when viewing product under differing light sources on a microscope. (Fluorescent lighting has been found to be superior over incandescent light in highlighting defects.) The acceptance or rejection of capacitors with any visual or microstructure defects is usually specified or determined by the chip user, based on the application of the product. High reliability or high voltage units must meet the most stringent standards.