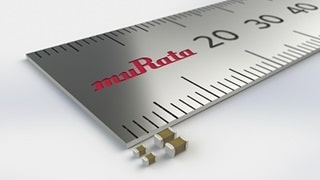 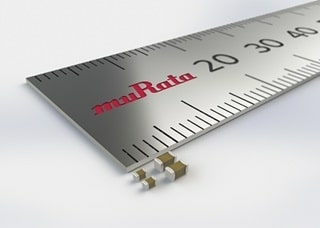 Murata Manufacturing Co., Ltd. has developed the GCB series of monolithic ceramic capacitors (MLCC) which support the conductive adhesives that can be used even in environments with high temperatures exceeding 150°C.

These new capacitors are intended for use in products and equipment that are installed in demanding temperature environments such as in the vicinity of the engine compartments of automobiles. Sample shipments have already commenced, and Murata will be gearing up to mass-produce the components at some point during 2016.

Conductive adhesives absorb a stress caused by an expansion and a contraction of a circuit board during temperature changes, and it means that has a higher connection reliability. The automobile market in recent years has been witness to rapid increases in the growing adoption of electronic control for various functions with a view to engineering improvements in safety and environmental performance, and the rate at which electronic products and equipment with this kind of control has been on the rise. Among them are the electronic products and equipment that are incorporated inside engine compartments. As they are exposed to demanding temperature environments, the electronic components used by them must have not only high levels of reliability but a high resistance to heat as well.

As a way of supporting circuit operations in these kinds of high-temperature environments, Murata decided to develop a series of monolithic ceramic capacitors that would have a maximum operating temperature of 200°C and that would be amenable to bonding and mounting using conductive adhesives.

Features
These monolithic ceramic capacitors support the conductive adhesives, now being used in the powertrains and safety devices of automobiles, that satisfy the AEC-Q200 stress test qualifications for passive components. Newly developed electrodes made of nickel (Ni) and palladium (Pd) are employed for the external electrodes of the new capacitors, producing a high bonding reliability with conductive adhesives even during use in high-temperature environments. Furthermore, the terminal electrodes of the capacitors have a superior corrosion resistance compared with our previously available products (GCG series).

Example of structure featured by components that support conductive adhesives

The series consists of a line-up of products with a maximum operating temperature of 200°C. They are ideally suited to the products and devices that are installed in automobiles and work in high-temperature conditions.