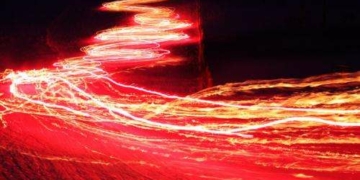 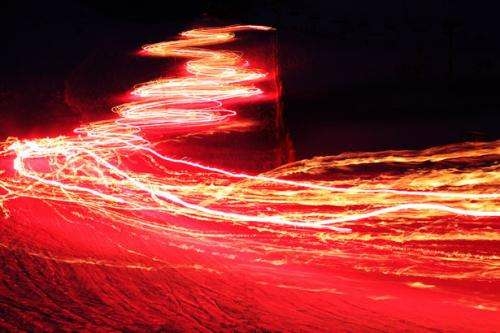 A team of researchers at the Israel Institute of Technology has developed a new capacitor with a metal-insulator-semiconductor (MIS) diode structure that is tunable by illumination. The capacitor, which features embedded metal nanoparticles, is similar to a metal-insulator-metal (MIM) diode, except that the capacitance of the new device depends on illumination and exhibits a strong frequency dispersion, allowing for a high degree of tunability.

This new capacitor has the potential to enhance wireless capability for information processing, sensing and telecommunications. The researchers report their findings this week in the Journal of Applied Physics.

“We have developed a capacitor with the unique ability to tune the capacitance by large amounts using light. Such changes are not possible in any other device,” said Gadi Eisenstein, professor and director of the Russell Berrie Nanotechnology Institute at the Technion Israel Institute of Technology in Haifa and a co-author of the paper. “The observed photo sensitivity of this MIS diode structure expands its potential in optoelectronic circuits that can be used as a light-sensitive variable capacitor in remote sensing circuits.”

MIM diodes are common elements in electronic devices, especially those utilizing radio frequency circuits. They comprise thin-film metal plate electrodes that are separated by an insulator. Like the MIM structure, the researchers’ new MIS capacitor is bias independent, meaning the constant capacitance is independent of its supply voltage. Bias-independent capacitors are important for high linearity, and therefore straightforward predictability, of circuit performance.

“We have demonstrated that our MIS structure is superior to a standard MIM diode,” said Vissarion (Beso) Mikhelashvili, senior research fellow at the Israel Institute of Technology and also a co-author of the paper. “On one hand, it has all the features of an MIM device, but the voltage independent capacitance is tunable by light, which means that the tuning functionality can be incorporated in photonic circuits.”

“The illumination causes a twofold effect,” Eisenstein said. “First, the excitation of trap states enhances the internal polarization. Second, it increases the minority carrier density (due to photo generation) and reduces the depletion region width. This change modifies the capacitance.”

The researchers created three MIS structures, fabricated on a bulk silicon substrate, based on a multilayer dielectric stack, which consisted of a thin thermal silicon dioxide film and a hafnium oxide layer. The two layers were separated by strontium fluoride (SrF2) sublayers in which ferrum (Fe, iron) or cobalt (Co) nanoparticles were embedded.

The researchers found that the fluoridation-oxidation process of the iron atoms causes the formation of a gradient in the valence state of iron ions across the active layer, which results in the generation of an electronic polarization. The polarization causes a bias-independent depletion region and hence an MIM-type characteristic.

Four additional structures were prepared for comparison: Two lacked the SrF2 sublayers and one of them was prepared without the iron film. The other two structures contained SrF2: One did not have cobalt and the second included a one-nanometer Co layer.

The comparison with other MIS capacitors that contained the metal nanoparticles with or without the SrF2 sublayers led to the unequivocal conclusion that only devices consisting of the combination of Fe and SrF2 turn the MIS structure into a photo-sensitive MIM-like structure.