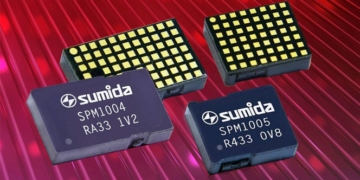 Passive Components for Power Systems at the Performance Limit

Passive Components for Power Systems at the Performance Limit 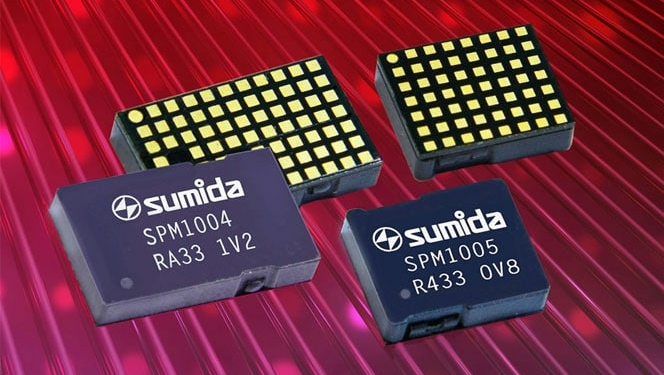 Many power applications place particularly high demands on the components they use, especially passive components. When it comes to selecting a resistor, this applies not only to the resistance value, but also to the upper power limit, while capacitors and inductors must be capable, above all, of storing energy efficiently. In this article, we present new high-performance models that meet these requirements.

The most widely used technology for manufacturing SMD resistors is thick-film technology. This involves applying the resistor material, generally ruthenium dioxide, using the silkscreen method to a ceramic substrate and then firing it. Thick-film technology derives its name from the approximately 12 μm thick resistance layer left behind after the firing process.

To achieve the exact resistance value required, each individual resistance is measured while material is removed by laser, primarily using the L-cut or double-cut. This method achieves the required nominal value based on the standardised values of the IEC series. The DIN designs offered here range from 0075 (0.30 mm x 0.15 mm) to 2512 (6.35 mm x 3.10 mm) with up to 3 watts for power applications.

The power handling capacity and/or nominal power loss is directly dependent on the design. It is specified in watts and indicates what maximum current I can flow through the resistor and/or what current U can drop across the resistor R. The nominal power handling capacity refers to an ambient temperature of 70°C, above which derating occurs. Consequently, the load must be reduced if the maximum operating temperature is exceeded. In general, the operating temperature range is -55°C to 155°C.

High power thick-film resistors offer twice the performance from the same design. Manufacturers achieve this with the help of technical measures such as printing the ceramic base material on both sides with a resistor element. High power resistors are mainly required in industrial and automotive applications.

The maximum power loss of a resistor depends largely on the possible heat dissipation. This occurs mainly through the soldering point to the PCB, whereas convection cooling and thermal radiation only account for a relatively low proportion.

SMD resistors with inverse geometry exhibit improved thermal conductivity characteristics. On these components, the solder connection to the PCB is located on the longitudinal side of the component, not on the narrow side. As a result, the power loss from the same design is increased by 30% to 50%. In addition to the better thermal distribution, these wide termination variants are also better able to absorb mechanical stress. Eighty percent of the heat from a wide termination resistor is dissipated to the PCB. (Image source: Vishay) The primary function of MLCCs is to increase the capacitance value. This is required by, among other things, the increasing number of new applications in the low voltage range such as LED lighting. Several years ago, input filters still relied on numerous parallel circuits of 2.2 µF, 50 V, 1210 types. However, the current standard is already 4.7 µF with new models achieving as much as 10 µF. For many years, the limit for the low voltage range in output filters was 100 µF. Nowadays, levels of up to 330 µF are possible in 1210 case sizes.

Current MLCC models offer, in addition to space-saving design, higher possible ripple currents as well as outstanding performance with respect to voltage peaks in comparison to other technologies. This makes them ideal for use as input filters. The fact that they are also non-polarised makes them suitable for alternating voltage applications.

In addition, MLCC capacitors must withstand ever-increasing temperatures, particularly in automotive applications such as water and oil pumps. This is also best realised using MLCC technology – some series can be used at temperatures of up to 250°C. Some series of resistors can be used at temperatures of up to 250°C. (Image source: AVX)

Supercaps store energy in electrostatic form in contrast to accumulators, which store the energy in chemically bound form. This means that they have a significantly lower internal resistance (ESR), which allows them to handle very high peak currents without noticeable heating. As a result, they are ideal for pulse applications, which require high currents for short periods of time, for example, during recuperation in vehicles or as a backup system. If batteries and supercaps are combined (in scenarios where the comparatively low storable energy of the capacitor is not sufficient), the supercap can attenuate the current peaks, for example, during start/stop operation in car batteries, thereby significantly extending the lifetime of the battery. Electrolytic capacitors have always been the first choice when it comes to high capacitance with reference to the design. Their high current-carrying capacity is also fully exploited in the majority of applications.

The disadvantage is that the electrolyte they contain is in liquid form. Due the current flowing and the resultant heat and ambient temperature, this moisture evaporates over time. The result: The electrolyte dries out and the component fails because its capacity is too low and/or its ESR is too high.

To reduce this effect, some suppliers have developed a new technology: polymer hybrid capacitors. The liquid electrolyte in these capacitors is combined with a solid-state polymer and this has a positive effect on their useful life, the ESR and ripple current. For both electrolytic and hybrid capacitors, the Arrhenius formula may be used as a rule of thumb for estimating the lifetime. Comparing the technologies used shows that the hybrid capacitor achieves 4 times the current and 1/6 of the ESR of the electrolytic capacitor.
A strong advantage of polymer hybrid capacitors is also their stability regarding frequency, temperature, and lifetime. As a result, they open up new possibilities in circuit design while also leveraging rules of thumb such as 100 uF = 1 A current. In addition, the increase in ESR at low temperatures is significantly reduced and capacity at higher frequencies does not fall as sharply as it does with other technologies.

When polymer hybrid capacitors are used, it is essential to take the current and temperature profile of the capacitor in the application into account and to define the component on this basis. This not only opens up new possibilities in relation to safety and technology, but also realises cost savings compared with conventional designs.

In some cases, the 125°C types can also be used at temperatures of up to 150°C. This depends on the actual loads in the circuit and must be tested for each individual case. It is not surprising that this technology has already been used extensively in new developments in the automotive industry and is becoming increasingly important in the industrial field.

In the field of inductors, Sumida is forging a completely new path that involves installing all components in the inductor, thus enabling it to achieve optimum efficiency. Since the installation space available in this new DC/DC converter technology is perfectly exploited by the inductor, only the lowest losses occur. This means that the compact design also enables use of a POL converter in applications with restricted installation space. This regulates the supply voltages around the areas at which the voltage is required.

In addition, Power Supply in Inductor (PSI²) inductors are not filled with plastic, but contain the maximum amount of magnetic material. This translates into low losses and high power-handling capacities. Hot spots are avoided and the thick wire in the coil ensures a lower DC resistance and high efficiency. Additional cooling measures are not required at ambient temperature of up to 85°C. The low losses and high efficiency of the PSI2 inductors. (Image source: Sumida)

The integrated power module is fully tested and the design of the end product is therefore significantly simplified. This is accompanied by additional advantages such as smaller size, reduced PCB area and the associated tightly packed layout.