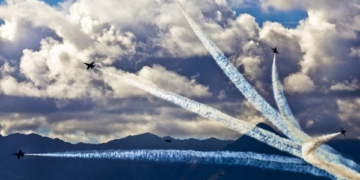 Passive Electronic Components for The Defense and Aerospace Sector in 2017

Passive Electronic Components for The Defense and Aerospace Sector in 2017 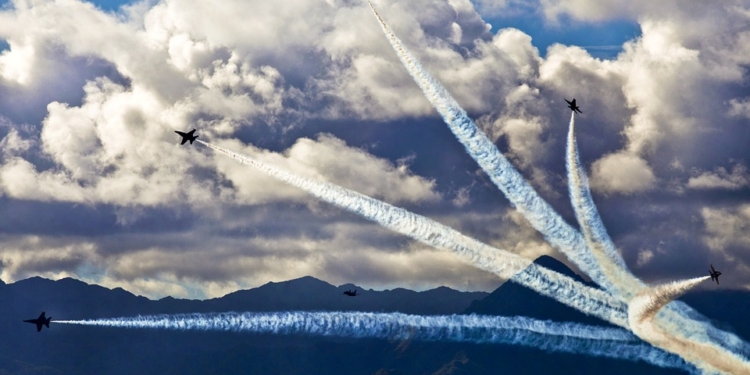 11/07/2017 // Dennis M. Zogbi. This MarketEYE article describes the structure of the defense and aerospace electronics sector as an end-use market segment for electronic components such as capacitors, resistors and inductors. The market has been stagnant from 2012 to 2014 due to government imposed sequestering in the United States, but in 2015, 2016 and 2017 this market has shown signs of a substantial recovery driven largely through demand for commercial aircraft and space electronics.

Revenues generated by the top global manufacturers of defense electronics between 2005 and 2012 were substantial, but they leveled off and then declined with the government imposed sequester in the United States until 2015, and then experienced an overall market increase in 2016 and stable environment in 2017.

The passive component segment for defense electronics includes capacitors, resistors and inductors. Within those sub-categories, ceramic capacitors are the most preferred product line, followed by tantalum capacitors, although plastic film capacitors and aluminum electrolytic capacitors are also consumed in the defense and aerospace sector as well. IN resistors, the defense and aerospace segment consumes a myriad of ruthenium based chip resistors and networks, as well as nichrome metal film, tin-oxide and bulk metal foil resistor products; and wirewound resistors for power. In discrete inductors, consumption of molded chip and wirewound axial and radial leaded inductors is noted in defense and aerospace electronics. Capacitors are consumed for bypass, filtering and decoupling applications, but are also consumed in pulse discharge applications for radar circuits, munitions and railguns. Resistors are consumed in almost all defense platforms, and the segment prefers the use of nickel chromium in film, wire and foil formats because of its operational reliability and resistance to moisture. In discrete inductors for defense, the majority of products are consumed for noise abatement in communications and navigational equipment only.

The world’s top manufacturers of commercial and defense aircraft drive demand for defense and aerospace electronics. Companies such as Raytheon and Rockwell Collins build products that are passive component intensive and are in turn consumed by other defense manufacturers such as The Boeing Company, Airbus and Lockheed Martin.

Boeing and Airbus are the largest manufacturers on the defense and aerospace manufacturers list and both companies account for about 39% of the defense electronics spend for the world for 2017 combined. Other major platform manufacturers such as Lockheed Martin, General Dynamics, BAE Systems, Northrop Grumman and Raytheon are also key customers for electronic components.

Customers in the sector that are showing the fastest growth rates for 2015, 2016 and 2017 include Lockheed Martin, BAE Systems, Northrop Grumman, Thales, L-3 Technologies, Rockwell Collins and Orbital Sciences Corp.

In many instances, the following criteria are required of the components consumed in the defense and aerospace sector:

The categories can further be broken down into multiple supply chains. Paumanok uses the following portfolios of the major defense manufacturers to guide the core sub-sets where passive components are consumed as follows.

Automatic flight controls are required to perform reliably in all types of flight situations to reduce pilot distraction and fatigue on long haul flights. Also, the unmanned military drone technology also employs autopilot technology, including single and multiple redundant configurations, providing automation along with both reliability and electronic safety features.

Precision optical assemblies rely on high performance electronics in extreme temperature and vibration environments for military, commercial and space applications. Tactical and simulation helmet-mounted displays are an extension of this market.

High-performance optical subassemblies spanning the entire spectrum from deep ultraviolet to far infrared, and account for virtually all materials suitable for opto-mechanical applications during space flight.

Display technology is becoming more sophisticated in today’s defense and aerospace end-markets and includes the following types of established and emerging display markets in 2017.

Advanced multifunction HDD displays include a full range of sizes and configurations for forward-fit or retrofit applications. Full-color-graphics video and night vision- and sunlight-compatible displays expand the capability and utility of the flight deck. Industrial grade, commercial off-the-shelf technology components and designs are used in this application.

HUD electronic displays work with the pilot’s eyes focused out in front of the aircraft viewing the presentation of flight path, flight path acceleration, visual glideslope angle and the runway aim point.

The F-35 Gen III Helmet Mounted Display System’s next generation interface provides pilots with intuitive access to vast quantities of flight, tactical, and sensor information for advanced situational awareness. The next-generation user interface serves as the pilot’s primary display system, and virtual capabilities enable them to see through the bottom of the fuselage or directly at a target. With an uninterrupted display of flight information and sensor data, the pilot experiences extreme spatial orientation and superior weapons targeting–both day and night.

Navigation and guidance solutions for airborne systems, precision guided munitions, handheld receivers and embedded applications are required in the defense and aerospace sector.

Ground and airborne military forces and civil agencies depend on reliable and secure air-to-ground network connectivity to share critical intelligence. A wide range of networked airborne communication radios operating in the VHF, UHF and L-band frequencies are required for this task.

The High Speed SATCOM Transceiver is a communications component important to defense communications. SwiftBroadband channel. Additionally, the HST is equipped with Ethernet, ISDN, ISDN over Ethernet and RS-232 interfaces, and can be installed inside or outside the pressure vessel for maximum installation flexibility.

Electronic Intelligence (ELINT) and Electronic Support Measures (ESM) have been developed to keep pace with rapidly evolving radar technology and the increasing congestion of the electromagnetic spectrum (EMS). Radar systems use pulse discharge technology and require large electronic components that can operate at high voltage and high frequency in harsh environments.

In the market sub-segment known as munitions electronics, we see the primar6y areas of consumption of electronic components in power supply (Power up) and in pulse discharge detonation circuits.

Propulsion systems for tactical missiles, missile interceptors, launch vehicles and spacecraft are included in this sub-category and is an important area of high-temperature electr9onic component application. These are powered by solid and “green” liquid propellants, as well as air breathing and hypersonic propulsion technologies.

Bomb fusing and proximity sensors detect the height of a weapon above a target and operate in an electronic countermeasure environment. Fuse portfolios include electronic and electro-mechanical bomb fuses that are capable of penetrating deeply buried targets, engaging high speed, maneuverable surface threats, and delaying detonation.

The defense and aerospace electronics sector represents a significant part of the value added and application specific segment of the passive electronic component supply chain. Because of its small size (i.e <$500 MM US Dollars in capacitor, resistor and inductor sales to defense worldwide), this segment of the market undergoes limited scrutiny and yet it requires capacitors, resistors and inductors that can operate at high temperature, high frequency and/or high voltage applications in multiple fragmented subassemblies primarily in avionics, communications, munitions and computing. This article attempts to shed light on the fragmented nature of this mission critical supply chain.