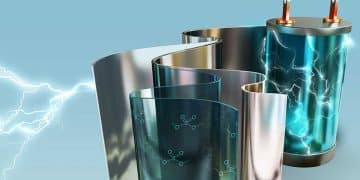 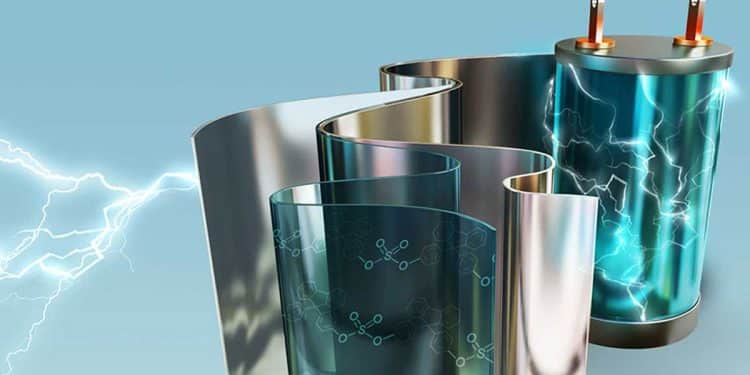 A new type of polysulfate compound that can form thin, flexible films has properties that could make it a material of choice for many high-performance electrical components such as high temperature, high voltage film capacitors, according to a study from chemists and materials scientists at Scripps Research and the Lawrence Berkeley National Laboratory (LBNL).

“Our findings suggest that energy-storing capacitors and other devices based on these new polysulfates could see wide application, including in electric vehicle power systems,” says study co-senior author Peng Wu, PhD, a professor in the Department of Molecular Medicine at Scripps Research.

The other co-senior authors were K. Barry Sharpless, PhD, W.M. Keck Professor of Chemistry at Scripps Research, and Yi Liu, PhD, Facility Director for Organic and Macromolecular Synthesis at LBNL’s Molecular Foundry, a multidisciplinary facility for the scientific and technical investigation of new materials.

The Sharpless and Wu labs recently synthesized many previously inaccessible polysulfates using the sulfur fluoride exchange (SuFEx) reaction, which was discovered in the Sharpless lab. SuFEx is part of a growing set of molecule-building methods known as click chemistry for their high efficiency and easy reaction requirements. Sharpless was awarded a share of the 2022 Nobel Prize in Chemistry for his pioneering work on click chemistry methods.

In investigations at Liu’s lab at LBNL’s Molecular Foundry, the researchers discovered that some of the new polysulfates have superior “dielectric” properties. Dielectric materials are electrical insulators in which positive and negative charges separate—storing energy, in effect—when the materials are exposed to electric fields. They are used in capacitors, transistors and other ubiquitous components of modern electronic circuits.

Many of the dielectric materials in contemporary use are lightweight, flexible, plastic-like materials called polymers. The new polysulfates also are polymers, but have greatly improved properties compared to commercial dielectric polymers. The team found that capacitors made from one of the new polysulfates, when enhanced with a thin film of aluminum oxide, could discharge a high density of energy, while withstanding electric fields (more than 700 million volts per meter) and temperatures (150 degrees C) that would destroy the most widely used polymer film capacitors.

The researchers noted that the heat sensitivity of standard polymer capacitors often necessitates expensive and cumbersome cooling measures in systems that use them—for example, in some electric car models. Thus, adoption of the new polysulfate dielectrics could lead to cheaper, simpler, more durable power systems in electric cars and many other applications, they say.

“I was very surprised at first, and still am—I think we all are. How can a classic force from the domain of physics, like the electric field force, be modulated by a thin chemical-polymer film in its path? The results speak for themselves though, and now seems a good time to share this puzzle,” says Sharpless.

The researchers continue to synthesize and investigate new polysulfates to find some that have even better properties.

“The polysulfate polymers we examined in this study can do very well at 150 degrees C, but we think we can find related polysulfates that can handle 200 to 250 degrees C with little or no loss of function,” Liu says.