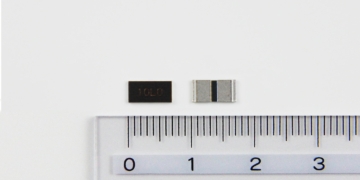 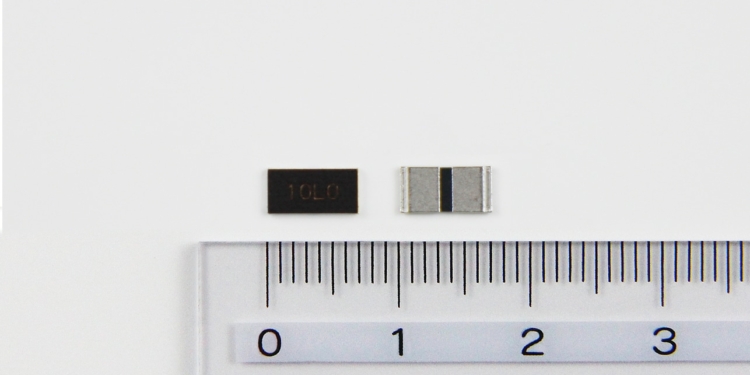 ROHM has announced the development and mass production of high-power low-ohmic shunt resistors of the GMR100 series for current detection in high-power applications in the automotive, industrial and large-scale consumer electronics sectors.

The new shunt resistors are characterised by a high rated power of 3 W and a resistance range from 5 mΩ to 220 mΩ. Their resistance tolerance is specified with F (±1 %). The temperature coefficient of resistance (TCR) is ±20 ppm/°C. The GMR100 series measures just 6.4 mm x 3.2 mm x 0.4 mm (L x W x H). The operating temperature range is between -55 °C and +170 °C. High heat dissipation and reliability make the shunts ideal for automotive and industrial equipment

The increasing number of small motors and ECUs in response to the continued electronification and motorisation of automotive systems produces a greater demand for compact shunt resistors that support high-power applications. In response to this development, 2016 saw ROHM commence mass production of the PSR series, which has since become widely accepted within the industry.

To meet the demands for a wider resistance range, ROHM is now offering its GMR series with resistances from 5 mΩ to 220 mΩ and as such much higher resistances than the PSR series.

The use of special materials and structures has allowed ROHM to successfully reduce surface temperature rise by 45% compared with conventional products. As a result, the shunts achieve stable resistance not only during normal operation but at overcurrent loads as well. In addition, the use of a high-performance alloy as the resistive metal results in excellent temperature coefficient of resistance (TCR) even in the low resistance region, which in turn ensures greater accuracy and reliability. A special structure supports a lower profile form factor of just 0.4 mm, making the new GMR100 series 47% thinner than existing solutions. This provides greater scope in applications with strict temperature requirements, such as automotive systems and industrial equipment, helping to reduce design load and contribute to further end-product miniaturisation.

1. Broad product line-up: The GMR series features a broad line-up with higher resistances than the PSR series (5 mΩ to 220 mΩ compared with 0.1 mΩ to 3 mΩ).

2. Proprietary materials and a special structure reduce surface temperature rise by 45% compared with conventional products: Typical shunt resistors are subject to thermal destruction when used under high power. ROHM, however, has succeeded in significantly reducing surface temperature by using a special structure and proprietary materials. As a result, when using a 10 mΩ resistor at 3 W, the GMR100 limits the temperature rise to 100 °C. By comparison, a conventional resistor reaches 181 °C, which equates to a reduction of 45%. Achieving superior heat dissipation makes it possible to maintain stable characteristics without a change in resistance value during both normal operation and at overload currents.

3. Superior temperature coefficient of resistance – even in the low-ohmic range: In general, the temperature coefficient of resistance (TCR) increases as the resistance value decreases. The GMR series, however, ensures excellent TCR even in the low-ohmic region by using a high-performance alloy as the resistive metal. This permits highly accurate current detection, which is not susceptible to heat, thus contributing to greater application reliability.

4. Compact size with reduced height: The GMR100 series is available in the standard 6432 (2512 inch) package, which facilitates easy replacement. Thanks to the special structure, ROHM has succeeded in reducing the height of the shunt resistors by 50% compared with conventional products, decreasing the total volume by 47% as a result.

The GMR100 series presents the ideal solution for applications in the automotive sector such as ECUs, EPS systems, inverters, etc., in industrial equipment, for example in UPS, general-purpose inverters and consumer goods, such as inverters for refrigerators, air conditioning units and washing machines. The shunt resistors are now available in sample and OEM quantities.