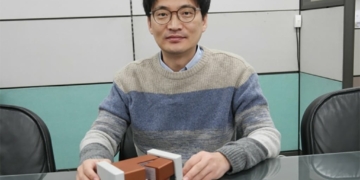 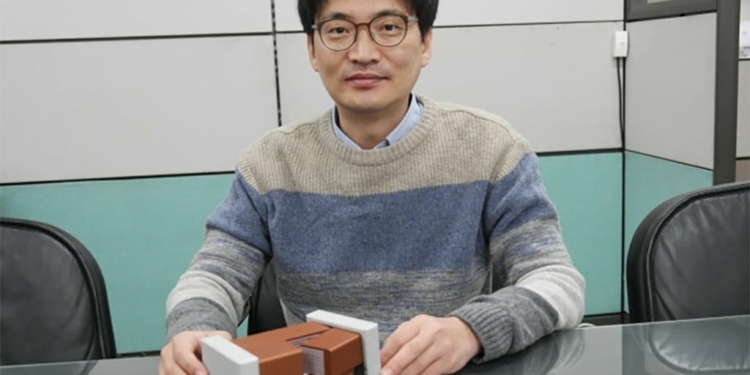 Samsung Electro-Mechanics, an electronic component affiliate of Samsung since 1973, had belatedly joined a Japan-led market for multilayer ceramic capacitors (MLCC) for electronics in 1986. But decades later, it is now seeking to lead the specific market with its signature nanotechnology and ultra-thin technology on new demand for the capacitors in the era of the fifth-generation network.

“It was a huge challenge for the company that used to make modules for TVs to develop capacitor technologies at the time,” said Lee Jong-ho, a master engineer at Samsung Electro-Mechanics, in an email interview with The Korea Herald.

Lee has been leading the development of MLCC technologies at the company since 2003. Under his leadership, the company rose to become the second biggest player in 2009 in the global market and has retained the position for nearly 10 years.

The capacitor, known as the tiniest part of electronics, is as thin as human hair — 0.4 millimeter by 0.2 millimeter — and at least 1,000 capacitors are needed for today’s smartphones per unit.

To the naked eye, the capacitors look like tiny particles that are even smaller than rice, but they are made of 500 to 600 layers of ceramic and nickel.

The capacitors’ role in electronics is to store power, supply needed amounts of power for chips, and remove noise inside products.

The secret to its rise to the world’s top two position is the firm’s flagship nanometer technology and ultra-thin technology, according to Lee.

“Samsung has the technology to handle power particles that are less than 10 nanometers to make super-thin dielectric layers and a heat process technology for high dielectric constant,” he said. “And the company is at the top in minimizing external electrodes in order to maximize use of the internal space of the MLCCs.”

To develop even thinner, smaller but larger-storage capacitors, Samsung is trying to apply new metals in addition to nickel, as a next-generation managerial for MLCCs.

“For MLCCs, a crucial material factor is to have endurance for temperature changes and direct current bias,” Lee said. “We are continuing to develop compounds that will improve the capacitors’ performance by looking at various substances.”

Beyond smartphones, TVs and home electronics, Samsung is expanding its business portfolio to the automotive sector to provide enhanced capacitors for car components. In September, the company announced a 500 billion won ($448.8 million) investment for its Tianjin plant, to build the automotive capacitor production line.

“For car components, MLCCs need to endure high temperatures of over 125 degrees Celsius and up to nine times of direct current bias,” he said. “We will need a new material technology that will control the power move in line with temperature changes and also a short-free design that will help absorb external shock.”

According to market researchers, the automotive MLCC market is expected to grow from 1 trillion won in 2017 to 8 trillion won by 2020, as car components for safety and entertainment features are increasingly being adopted by automakers.

Samsung Electro-Mechanics’ automotive MLCC sales are expected to soar 43 times to 1.3 trillion won by 2020, according to a forecast by Eugene Securities & Investment.

“We are also eyeing the upcoming 5G network market, to provide capacitors for servers at network stations and data centers,” Lee said.