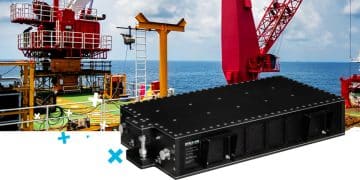 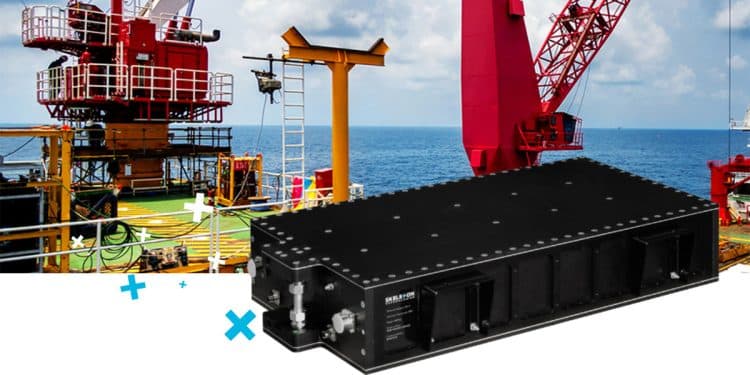 On February 18th, 2021 in a kick-off meeting opened by The Ambassador of Norway in Norway, Her Excellency Mrs. Else Berit Eikeland, and Sigrid Harjo, Member of the Management Board of Enterprise Estonia, Skeleton Technologies and its Norwegian partner NXTech officially launched a joint project aiming to develop marine-certified ultracapacitor modules with first use in active wave heave compensation systems.

The Norwegian Ambassador did the opening speech of the meeting. It was particularly important for the teams because the project “Development of marine-certified ultracapacitor modules” has received a grant from Norway Grants. As the Ambassador explained, the cooperation between Skeleton and NXTech is critical for two key reasons: because of the goal of making marine operations more sustainable and because it strengthens bilateral relations between Estonia and Norway. As she said, “we need ambition, innovation and partnerships to be able to develop our green and sustainable society”.

As the representative of EAS (Enterprise Estonia), Sigrid Harjo highlighted that Estonia needs to pay more attention to knowledge-intensive innovation driven by the fight against climate change and by digitalization. Norway and Estonia have already a strong history in common but international cooperation is becoming even more critical now in the context of the pandemic. The ability to develop and introduce new technologies and solutions is particularly vital for companies.

Jan Otto Reimers, CEO of NXTech, introduced the company and its highly skilled team of industry specialists. The company was established in 2008, and takes on complete multidiscipline projects with its main competence in hardware and software development. NXTech already collaborates with companies in the maritime sector such as Hydrolift, equipping fast moving boats with censors and electronics on board. John Breiland, Senior Project Engineer, also underlined that they already see a lot of interest in ultracapacitors from potential partners and customers.

From Skeleton, our VP of Innovation, Dr. Sebastian Pohlmann, introduced the company to the participants and our existing work in Active Heave Compensation (AHC) applications for the marine industry. AHC systems are used on lifting equipment to reduce the influence of waves upon offshore operations and keep a load, held by equipment on a moving vessel, motionless with regard to the seabed. The high power, high number of lifecycles, practically instant charging and discharging, high reliability, and tolerance for extreme weather conditions make ultracapacitors an ideal solution. In comparison, batteries have been used to power AHC systems, but due to their low number of cycles per lifetime, batteries have a relatively short lifetime. The use of Skeleton’s water-cooled 170V ultracapacitor module technology for AHC brings 75% energy demand reduction and offers energy regeneration during the “heave up” phase and energy consumption during the “heave down” phase as well as peak shaving capability.

Our programme director Egert Valmra will manage the project on Skeleton’s side. The product should be ready for series manufacturing in March 2022.