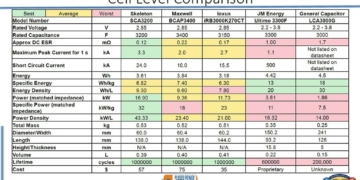 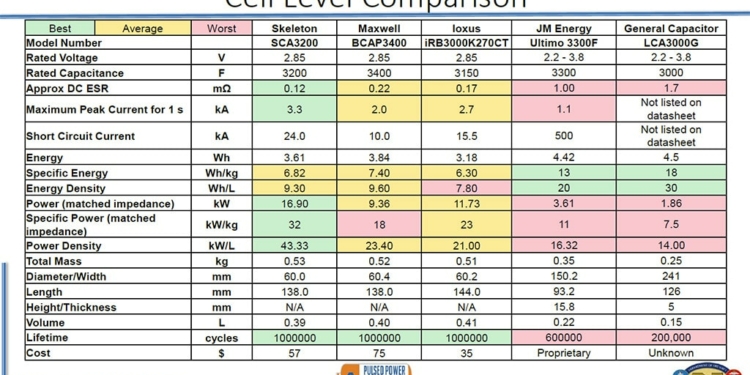 Interestingly for Skeleton, and in accordance with our and our customers’ testing and experience, the SkelCap cells outperformed the competing ultracapacitors in various tests – SkelCap cells have the:

The story is similar in the module testing, where Skeleton’s SkelMod 51V and SkelMod 170V modules provided the highest specific energy, as well as highest specific power and power density when compared to Maxwell and Ioxus modules.

In addition, the SkelMod 51V module can run continuously at 50% more power without overheating compared to the Maxwell module. The liquid cooled SkelMod 170V module on the other hand ran 40°C cooler compared to the Ioxus module, providing roughly 16 times longer lifetime. These are examples of significant benefits that have a big impact on real-life applications. 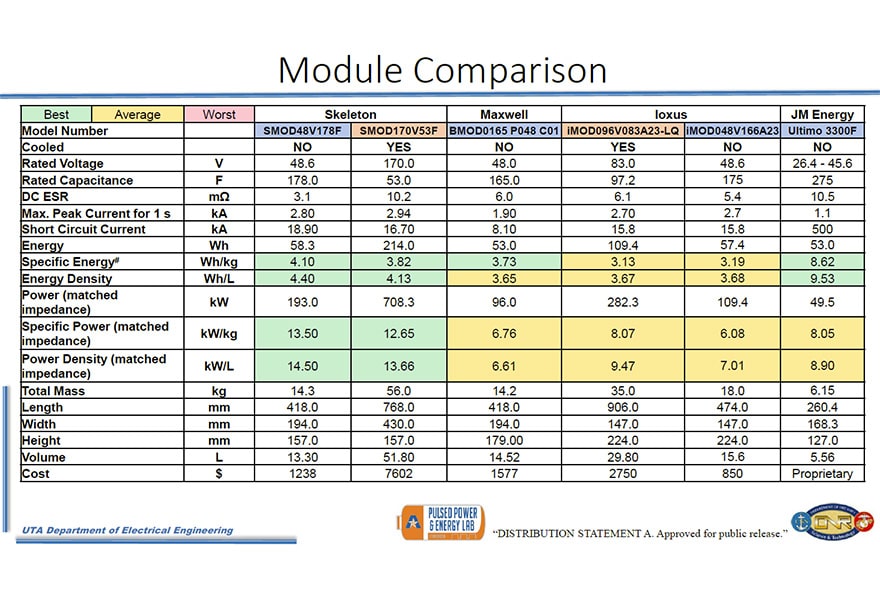 The tests, titled “Study of Ultracapacitors under Pulsed Loading Conditions”, was conducted by University of Texas Arlington’s Pulsed Power & Energy Lab together with The Office of Naval Research, a governmental agency coordinating, executing, and promoting science and technology programs of the US Navy and Marine Corps.