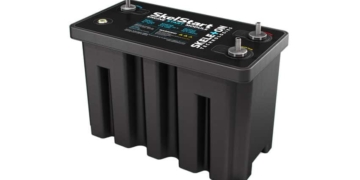 Skeleton: The next Generation Engine Start Module Is Here: SkelStart 2.0

Skeleton: The next Generation Engine Start Module Is Here: SkelStart 2.0 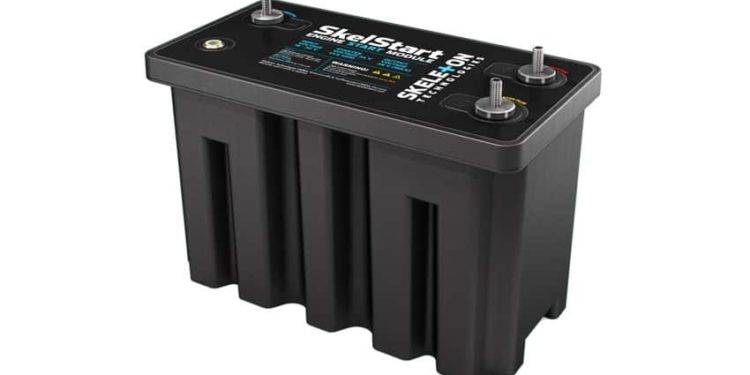 SkelStart Engine Start Module 2.0 is based on Skeleton Technologies’ market-leading graphene based SkelCap ultracapacitors, providing the highest power and energy density on the market, and is available in 24V and 12V versions. The new module features a casing constructed out of non-flammable material that is resistant to vibration and shock, and is a stud terminal device in BCI Group 31 size. SkelStart Engine Start Module 2.0 has also been improved in terms of almost every parameter, with specific values as follows:

Lead-acid batteries have traditionally been the most commonly used solution for starting internal combustion engines in vehicles, despite their limitations in terms of lifetime, power performance, and working environment. However, ultracapacitor-based engine start modules are growing in popularity due to their ability to provide reliable engine starting in extreme conditions, less downtime and maintenance requirements as well as lower replacement costs and fuel consumption.

“Heavy vehicles operating in the haulage, forestry and marine space need to be reliable and power efficient as any downtime rapidly impacts profits.”

said Taavi Madiberk, CEO of Skeleton Technologies. “Based on our market-leading technology, SkelStart Engine Start modules are designed to provide reliable engine starting in even the harshest conditions, as well as reduced ongoing costs on maintenance and replacement. Businesses can therefore expect their equipment to work cost effectively year-round, affording them peace of mind.”

SkelStart Engine Start Module 2.0 will provide vast benefits for industries that rely on large vehicles in extreme conditions. Short battery lifetimes hugely impact vehicles in the haulage industry. Vehicles’ batteries are unable to charge fully during rest periods which damages the batteries and shortens their lifetimes and needing to be replaced every 7-8 months. Ultracapacitor-based Engine Start Modules can start the engine even when batteries are dead, increasing battery lifetimes.

The SkelStart Engine Start Module 2.0 can replace a battery, or be installed in addition to existing batteries, to handle all engine starting duties. Skeleton Technologies ultracapacitors are based on patented curved-graphene nanotechnology, which guarantees power density superior not just to batteries but also to other ultracapacitors on the market. Combined with excellent reliability and a very long lifetime, ultracapacitors provide a solution that is not only operationally efficient but also highly cost effective.

SkelStart ESM 2.0 is available in the Skeleton Technologies Webstore.