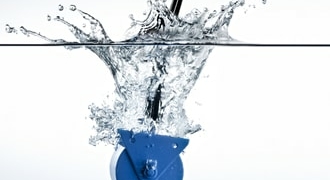 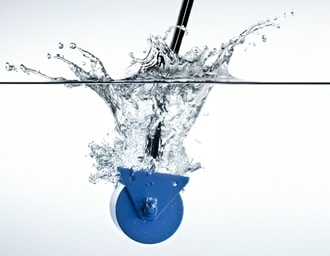 Chokes with a protective paint coating according to IP66 which protects them from water and dust have been introduced by SMP Sintermetalle Prometheus (SMP). The components are used to choke the current in inverters that are exposed to harsh ambient conditions, including rail vehicles or oil rig applications.
The IP66 protection rating enables the chokes to be mounted outside the inverters. The advantage of this kind of mounting is that the heat generated by the choke is created outside the inverter, not inside it. A lower temperature inside the inverter eliminates the need to dissipate the heat using fans, which in turn saves energy. Another advantage of mounting them on the outside is that the inverter can be designed significantly smaller. External mounting is beneficial for the choke itself, because it can be adapted to the expected ambient temperature in its operating environment. For example, whereas temperatures inside the inverters in railway applications can reach 70 to 80°C, the temperature outside inverters in underfloor-mounted electronics is not expected to exceed about 40°C.

Besides the components with IP66 protection rating, SMP offers its inductive components, depending on their application, as single-conductor chokes, individual chokes, choke modules or filters. All components are RoHS and REACH compliant, and CE- and EAC certified. The materials used are UL listed. Almost 100% of its products are custom-made for specific customers, and the required materials are developed and manufactured in-house individually for each customer. SMP’s components are used in a wide array of applications, including power electronics, automation, signal processing, adjustable frequency drives, railway and maritime technology, electro-mobility, medical engineering, aerospace, and renewable and conventional energies.