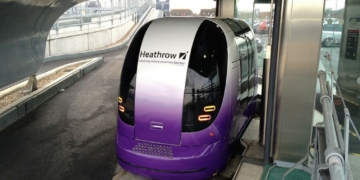 Staying in charge: super and ultracapacitors and hybrid electricity storage

Staying in charge: super and ultracapacitors and hybrid electricity storage 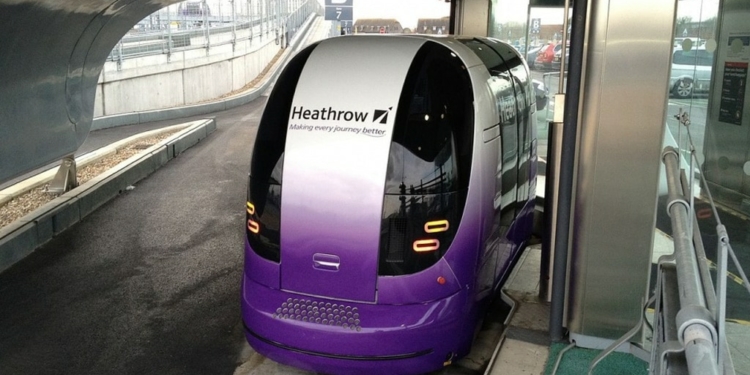 By Stuart Nathan 20th June. Stuart Nathan continues his exploration of the technologies which are set to improve the storage of electricity in an era of EVs and increased renewables deployment.

Batteries are not the only game in town even when it comes to electrochemical storage. Capacitors, originally a method for storing electrical charge and, in fact, the forerunners of batteries, have now developed to the point where they can be used alongside – or some developers believe, instead of – batteries. Often called super-capacitors or ultra-capacitors, these devices are capable of storing a great deal of charge, and as materials chemist Prof Claire Gray of Cambridge University explains, they tend to store at high power but with lower energy density than batteries.

“We are now looking at systems which are a hybrid between super-capacitors and batteries. They have electrodes which are able to handle very high rates of power and design principles of both a battery and a super-capacitor. The chemistry is almost a mixture between the two,” she said.

In the design of batteries and capacitors, power and energy always trade off against each other. Batteries tend to have low power but high energy density, while capacitors are the opposite. Gray explained that the traditional role for capacitors is an application such as AC to DC rectification, where they store charge as the AC waveform peaks and discharge it as it troughs, changing the electricity supply from a sine wave into a flat line.

But the new generation of super- and ultra-capacitors do not fit into this paradigm. For example, UK start-up ZapGo is positioning itself as an ultrafast charging energy storage solution, but to basic principles it looks far more like a capacitor than a battery.

ZapGo cells are packaged in a compact form

Founder and chief executive Stephen Voller explained to The Engineer how the company and its technology came to be. “We started about four years ago,” he said.

“Originally our materials were developed in the material science department at the University of Oxford and we licensed the technology to commercialise it. Specifically, it’s a new form of carbon which we’re looking at to replace lithium in batteries, and the idea is to create something which performs much more like a super-capacitor than a battery so it charges very, very quickly, but at the same time we retain the energy inside the cell like a battery does. It has a much higher energy density than you normally get with super-capacitors.”

To illustrate the difference between a battery and a capacitor, Voller explained that if you put a standard capacitor into a mobile phone, it would reach full charge in about a minute, but in use it would be completely exhausted after three minutes. “You can hit them with a lot of current but they’re not designed to retain the charge for a long period of time,” he said.

The ZapGo technology is different. The primary way that it combines fast charging with a long discharge duration is the design of materials inside the unit. “We are, in essence, a materials science company,” Voller said.

Like batteries, the essential components of a capacitor are a cathode, an anode and an electrolyte between them. Classically, that electrolyte is an insulator known as a dielectric, which can maintain an electric field with the cathode holding a higher negative charge – that is, more electrons – than the anode. In the case of ZapGo, the cathode and anode are identical but are separated by an ionic electrolyte. “We have the combination of a very high capacity carbon material, together with the higher voltage electrolyte, and the key formula – that engineers love – is that the energy you store is proportional to half of the capacitance multiplied by the voltage squared.

“If you increase the voltage, you get a dramatic improvement in energy stored because it depends on the square of the voltage. That’s why we use ionic electrolytes, because they can operate at much higher voltages. A standard super-capacitor uses an organic electrolyte which maxes out at about 2.7V.”

Voller believes that the most likely application for this type of cell is for it to be used effectively like a battery charger. “Where we are really interested currently is in very high rate DC charging of battery electric vehicles where we buffer the grid and we do this behind the meter,” he explained.

“The idea is that if you’re a petrol station operator, then you want to offer very-high-speed charging. Most petrol stations aren’t in locations where it is easy for the National Grid to upgrade the network. So if you want to avoid digging up streets, you can buffer the grid by putting electricity storage in to the filling station site that is filled at standard electricity rates, such as at night when you have off-peak rates. When vehicles turn up for charging, they can charge very quickly because our cells discharge rapidly.”

Currently, Voller said, the automotive industry would like a network of 350kW chargers which would take about five minutes to provide enough charge to a car for it to cover 100 miles. That’s similar to filling up with enough petrol to cover the same distance.

“Today, there aren’t any vehicles on the road that can charge at 350kW. They all use what we call generation one lithium batteries, which have a maximum charge rate of about 120kW. If you try to charge them any quicker, they’d catch fire. To get 30kW of energy onto a vehicle in five minutes, you need batteries that can charge much more quickly and that’s what our cells can do.

“In the first instance you’d have a hybrid approach where the vehicle would have our cells and lithium battery. You would charge up the ZapGo cell at the filling station, and then when you drive away the cell would charge the on-board lithium at its maximum safe rate.” ZapGo is currently in talks with automotive suppliers to supply such systems, Voller said, but could not reveal which suppliers.

ZapGo’s current high-profile application is at Heathrow airport (see featured image), where banks of its cells sit beneath the seats of the transport pods that shuttle passengers between terminals. “That works with the hybrid system I just described, so it has a lithium battery as well,” Voller said. “Now, instead of the vehicle taking four hours to recharge, we can recharge a vehicle in 35 seconds.”

Another innovation has come from a French start-up called NAWA Technologies, which was started by Pascal Boulanger, a veteran of the French Alternative Energies and Atomic Energy Commission. Like ZapGo, NAWA bills itself as an ultrafast carbon battery supplier, but its technology is different. Rather than the electrolyte, the properties of its products result from the electrodes. “The core technology that we are bringing into the energy storage industry is a new way of storing electrical charges; it’s a carbon material made of vertically aligned carbon nanotubes,” Boulanger told The Engineer.

NAWA’s more ordered electrodes resemble a toothbrush, with the bristles made from nanotubes. “We can have 10 billion nanotubes in parallel per square centimetre. That gives us a higher conductivity and a high specific surface area.”

The key to the cell behaviour is that the nanotubes can be coated with materials to give them specific properties. “If we do carbon only, it behaves like an ultra-capacitor,” Boulanger said. “But other coatings will make it behave like a battery. The fact that we can coat means we can bring a new function to the nanotubes, and this coating can give us a battery effect or a pure capacitor effect. If we coat with sulphur it will do one thing, if we coat with lithium metal it will do something else.”

Initially, NAWA is targeting three applications. The first is short-term energy storage for microelectronics and power tools. The second is to address perturbations in renewable energy storage facilities, such as a cloud that might affect a photovoltaic plant for 10 to 15 minutes. The third application is in automotive, which because of qualification periods is likely to take five years to come to fruition, according to Boulanger’s business partner, Ulrike Grape. In this case, the company claims that adding one per cent of the storage capacity of a lithium battery to a system in the form of one of its carbon cells will increase the battery lifetime and storage capacity by 10 per cent.