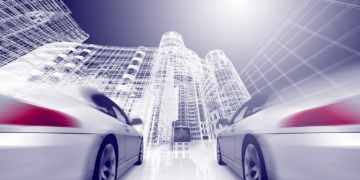 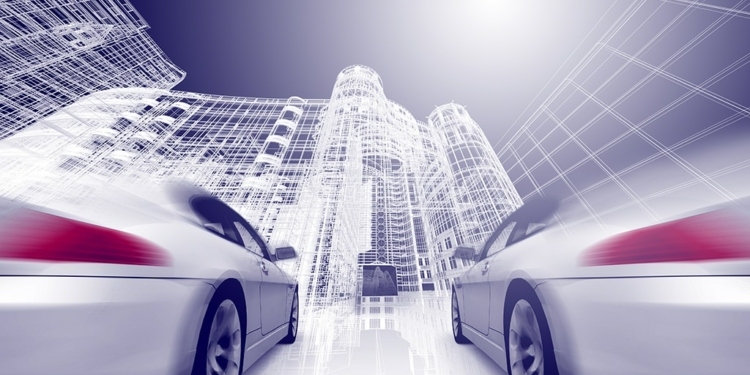 Energy-storage devices that perform multiple functions, such as powering a vehicle and letting it withstand mechanical loads, offer several potential benefits, as Natasha Shirshova explains
Consider an electric car. Whether your image is of a Nissan Leaf, a Tesla Model S or a BMW i3, such vehicles essentially consist of two main parts. There is an electrical part (the battery and the motor) and a structural part (the body of the car). The battery’s only job is to store and distribute electrical energy. Its structural function, as far as it has one, depends solely on the properties of its casing and is generally limited to protecting the battery itself. The car body, meanwhile, provides structural integrity but stores no electrical energy. In some circumstances, however, it may be possible (and indeed desirable) to combine these two aspects into a single material – one that can perform both structural and energy-storage functions.

As their name suggests, such multifunctional structural materials simultaneously carry out two or more functions that would normally have to be addressed separately. For example, a structural role might combine with optical, electrical, magnetic or thermal properties. In some cases, entire complex devices can be built either within or from the primary structural material.

This versatility means that such materials can be used in many different areas, from energy storage to packaging. The potential to save weight and volume makes them especially attractive for mobile electronic devices, aircraft and electric or hybrid vehicles.

With the growing popularity of electric vehicles, multifunctional devices that combine structural performance with energy storage are of particular interest. Broadly speaking, there are two approaches to creating these devices. One strategy is to save volume by incorporating a conventional energy-storage device, such as a battery, into the primary structural material, thereby creating a multifunctional structure. Indeed, such systems were already being discussed in the mid-2000s, for example by James Thomas from the US Naval Research Laboratory and Muhammad Qidwai from the defence firm Geo-Centers in 2005 (J. Minerals, Metals and Materials Soc. 57 18). However, while creating these multifunctional structures is relatively straightforward, they provide only limited weight saving.

The second, more sophisticated – but also more challenging – approach is to ensure that each component of the multifunctional device can perform more than one role, and is itself formed of a multifunctional material, as my colleagues and I described in 2013 (Composites: Part A 46 96). Our team, led by Milo Shaffer, Alexander Bismarck, Anthony Kucernak, Emile Greenhalgh and myself, is now working to develop multifunctional energy-storage materials as part of a project funded by the UK’s Engineering and Physical Sciences Research Council. The goal is to develop the knowledge we need to create a range of materials with properties we can control and tailor. But we aren’t alone: other researchers around the world are also developing multifunctional electrical energy-storage materials and electrochemical devices, based on different principles of energy storage. Some researchers are doing this through electrochemical reactions (as in batteries and fuel cells), while others are focusing on electrostatic accumulation of charges (as in capacitors and supercapacitors). Ultimately, work in this area could lead to fully electric aircraft, credit-card-sized mobile phones and even the demise of “monofunctional” batteries that serve only one purpose.

Making trade-offs
In general, a single multifunctional material will not achieve the full performance of each monofunctional material it replaces. However, since it replaces two materials or devices, its performance only needs to be good enough to reduce the overall system weight. To understand what constitutes “good enough”, it can be helpful to define efficiency indices, as suggested by Eric Wetzel in 2004 (AMPTIAC Quarterly 8 91). As long as the sum of the structural and electrical efficiencies is greater than 1 (assuming that each individual property in monofunctional material has an efficiency equal to 1) then it is possible to save on net weight and volume.

Fig.1. Multifunctionality concept (a) In conceptual terms, an electric car consists of a body (which provides structure) and a battery (which stores electrical energy – the motor was omitted as it is not included in the scope of the research). (b) Multifunctional electrical storage materials like the car boot lid shown here combine both aspects into a single structure. (Adapted from an original by Polina S Stefanova)

Supercapacitors lie somewhere between batteries and capacitors in terms of their energy and power densities, and their fast charge/discharge rates are particularly relevant to electric vehicles. A typical supercapacitor consists of an electrolyte, a separator, and two high-surface-area electrodes made from the same material. After adding a secondary, structural, function, it is essential that all these components still do what they did in their original, monofunctional form. For example, the surface area of the electrodes is very important, because the stored electrical energy is based on separating the charged species in an electrical double layer at the electrode/electrolyte interface after a voltage is applied.

Despite these limiting requirements, supercapacitors are attractive for multifunctional material developers. One reason is that their electrodes do not change dimensions when they are being electrically charged or discharged, and the material can last for an extremely long time (surviving for up to a million charging cycles). Battery systems, in contrast, offer higher energy densities, but their electrodes typically change shape as current passes through them, leading to stresses and degradation. Another attraction of supercapacitors is their layered architecture, which strongly resembles that of conventional composite laminates (figure 1).

There are other similarities between conventional supercapacitors and composite materials too. For example, carbon is used in both, albeit usually in different forms. Conventional supercapacitors use carbon as an electrode material because it has a high surface area and conducts electricity well; in contrast, carbon in composite materials is typically used as a reinforcement due to its excellent mechanical performance. So to achieve multifunctionality, these two sets of properties must be combined, which opens a range of possibilities for experimenting with modifying carbon.

Polymers are another component common to both energy-storage devices and composite materials. In their case, the overlap in function is less straightforward. In composites, the polymers must be rigid, as they have to transfer high shear loads; in electrochemical devices, in combination with electrolytes and solvents, the polymers must be mobile enough to allow ion conduction. Achieving the required combination of high ionic conductivity and good mechanical performance is challenging, as the intrinsic material characteristics conflict with each other.

One promising way around this conflict is to design a material that has two bi-continuous, interconnected phases: one responsible for structural performance and another that provides ionic conductivity. This route has shown potential not only in the preparation of structural electrolytes but also in electrode development (J. Comp. Mater. 49 1823). In the latter, a bi-continuous structure can be achieved by impregnating unmodified carbon, for example carbon fibres, with a highly porous carbon material such as carbon aerogel (figure 2).

These amorphous carbonaceous materials are made of a 3D network of interconnected nanometre-sized particles with low density, large surface area, and high electrical conductivity. Integrating the properties of structural carbon fibres and carbon aerogel may make it possible to form an electrode material that not only has a high capacity for energy storage (due to its high surface area) but can also reinforce the structure of the composite.

In addition, the behaviour and use of multifunctional materials does not always fit into traditional views of either composite materials or energy-storage devices. At times, even the language of the two communities can be inconsistent; for example, does the standard symbol σ denote stress, or electrical conductivity? New interdisciplinary collaborations will be needed to find practical solutions to these challenges, and thus to bring these unique systems closer to real-life applications.

Taken from the February 2019 issue of Physics World, where the full article appeared under the headline “Structural superconductors”.