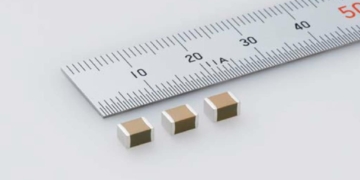 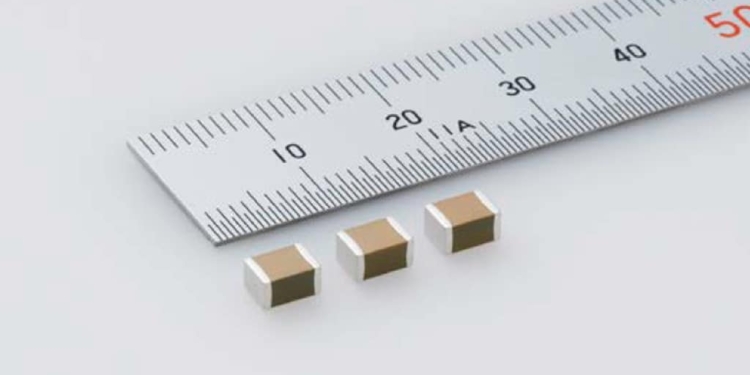 TOKYO, May 8, 2018—TAIYO YUDEN CO., LTD. has announced today the mass-production of the “PMK432 BJ108MU-TE” (4.5 x 3.2 x 3.2 mm) product, which realizes a capacitance of 1,000 μF for the first time in the world. Applications of this product include smoothing power supplies used in ICT-related devices and backing up energy harvesting devices.

Production of this multilayer ceramic capacitor will commence at the company’s Tamamura Plant (Tamamura-machi, Sawa-gun, Gunma Prefecture, Japan) from May 2018 at a production rate of 0.1million units per month.

Technology Background
With current developments in IoT and capitalization of big data, demand for ICT infrastructure, such as base station communication equipment and servers, has been increasing remarkably. To improve the efficiency of power supplies, such devices are now being provided with switching-type power supply circuits. These power supply circuits use a large number of electrolytic capacitors and multilayer ceramic capacitors in combination as high-value capacitors to smooth output and ensure stable operation of the device.

TAIYO YUDEN has sophisticated every aspect of elemental technologies such that we are now able to announce a capacitance of 1,000 μF in our product line-up—a first-in-the-world achievement for multilayer ceramic capacitors.

The fundamental electrical characteristics of the 1,000 μF multilayer ceramic capacitor “PMK432 BJ108MU-TE” have been provided through the Easy Power Delivery Network (PDN) Tool that is available on the TAIYO YUDEN website.

In response to market demand, TAIYO YUDEN will continue to make additions to its line-up, typified by expanding rated voltages of high-value multilayer ceramic capacitors.

The characteristics of the 1,000 μF Multilayer Ceramic Capacitor is as shown below.