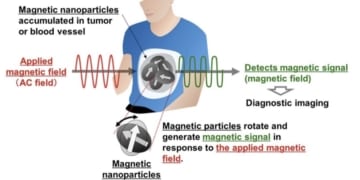 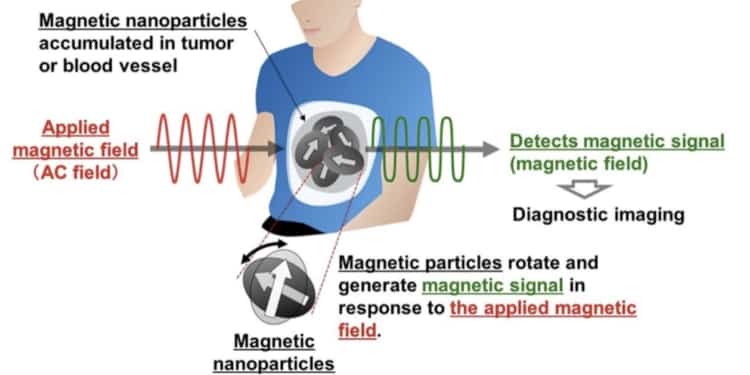 The developed prototype technology is related to the magnetic particle imaging* method which is intended to detect and create images of magnetic particles* accumulated in a tumor or blood vessel.

Magnetic resonance imaging (MRI) diagnostics* and X-ray computerized tomography (CT) scanning* are used in clinical services in the diagnosis of organ health, tumors and other conditions using the contrasting density of imaged objects. In contrast, the magnetic particle imaging is intended for use in detecting only the tracers* in the imaged objects to create images similar to positron-emission tomography (PET)* and other similar technologies.

The principle of the magnetic particle imaging is to detect the magnetic signals generated by magnetic particles accumulated in a tumor or blood vessel from outside of the body (Figure 1). When intended for use in medical imaging, it is important for devices to be highly sensitive to enable the detection of small amounts of magnetic particles. Though magnetic particle imaging technologies primarily use a method that measures electromotive force electromagnetically induced through detection coils, the new technology developed by YNU utilizes a prototype high-sensitivity magnetic sensor to achieve this. The prototype high-sensitivity magnetic sensor was developed by TDK for use in the detection weak magnetic fields at room temperature. Although still under development, the prototype sensor has been shown in a prior feasibility study to measure magnetic field distribution in a heart.1 Through this development, the sensor has successfully reduced the strength of the alternate current magnetic fields applied from outside of the body to one tenth lower than conventional levels. This reduced strength of the applied field is achieved by the non-linear response characteristics of the sensor to the measured magnetic field strength.

From this achievement, it is expected that the utilization of high-sensitivity magnetic sensors will enable magnetic particles to be detected across wider imaging ranges including the head or whole body of a human.

Going forward, YNU and TDK will continue to develop this technology, with the goal of creating magnetic particle imaging devices that can be used practically in clinical services. 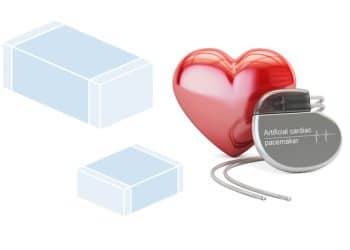 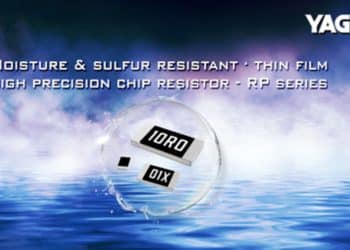