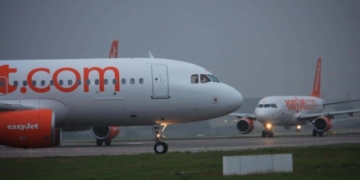 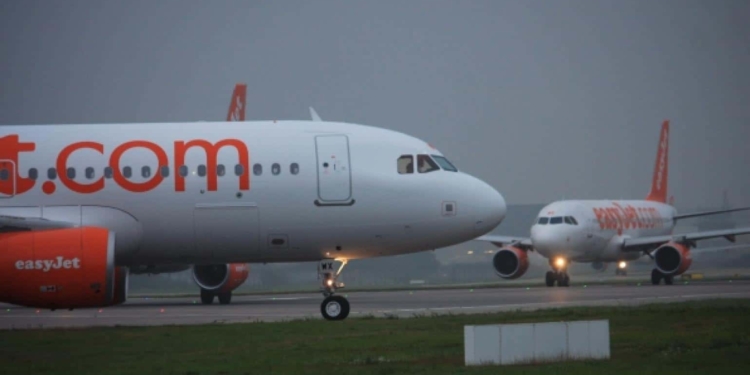 Pilots of an EasyJet Airbus A320-200 climbing out from Edinburgh, Scotland, on a flight to Hamburg, Germany, in 2016 donned their oxygen masks and declared an emergency after an acrid electrical smell permeated the cockpit and entered the cabin.

The aircraft, which was flying on the afternoon of Nov. 28, 2016, diverted to Newcastle, England. The pilots were able to land safely once the smoke had cleared, a new report by the UK’s Air Accident Investigation Branch (AAIB) shows. None of the 172 passengers and six crewmembers were injured.

The culprit—a faulty capacitor in the electronics bay under the cockpit floor—turned out to be the root cause of two previous static inverter failures for EasyJet. The first was in August 2014, followed by another in January 2015. The static inverters, standard equipment on the A320 since 1999, provide power to three electrical outlets in the cockpit. Pilots can use the outlets for charging electronic flight bags and other devices. The failure was narrowed down to one capacitor that was overheating and failing. The problematic part had not received a targeted “quality screening prior to fitment,” according to the AAIB.

What EasyJet did not know at the time was that Airbus had been aware of a broader problem with the capacitors. There had been eight previous failures, seven of which had caused diversions. Eight months earlier, the airframer had issued a relatively benign technical follow-up (TFU) notification that does not require any operator action. One month before the incident, the inverter’s manufacturer issued a Vendor Service Bulletin (VSB), alerting customers that it would fix the problematic inverters for free.

EasyJet, however, was not aware of either bulletin. Because TFUs were not mandatory and sent to help airlines improve aircraft operation, the carrier did not include the notifications in its maintenance management software, AMOS. What AMOS did import were more pressing alerts, including airworthiness directives from regulators, service bulletins (SB) and Operator Information Transmissions (OIT) from Airbus. Since no follow-up actions were required for the TFU, EasyJet “did not conduct regular reviews of TFUs as part of its airworthiness control processes,” the AAIB said.

This is an extract from an article published by our Aviation Daily premium service.