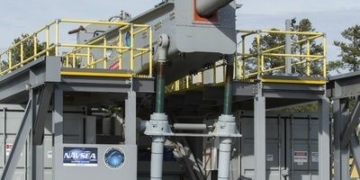 The US Navy’s Railgun Breakthrough Could Change Energy Storage

The US Navy’s Railgun Breakthrough Could Change Energy Storage 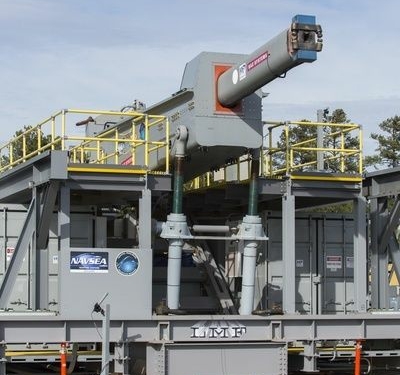 New capacitors offer big power storage and transmission in a mini-package, with benefits beyond electro-cannons.

The U.S. Navy’s shipboard railgun is moving from the lab to the testing range, a big step for a weapon designed to fire massive bullets at hypersonic speeds. But a separate breakthrough in electrical pulse generation — capacitors that provide a bigger jolt in a smaller package — that may reshape the future of naval power.

The railgun’s electromagnets are designed to accelerate a Hyper Velocity Projectile from zero to some 8,600 kmph, about Mach 7. That velocity requires a lot of power. In early testing, the Office of Naval Research had relied on banks of commercial capacitors to pulse electricity to the gun. But they were “not suitable for integration aboard a ship” — too large to fit aboard Zumwalt-class destroyers, as Thomas Beutner, head of ONR’s Naval Air Warfare and Weapons Department, explained during a July event in Washington.

So ONR researchers developed their own capacitors, more compact yet capable of supplying 20 megajoules per shot, with a goal of 32 megajoules by next year. ONR said you can think of a megajoule as about the same, energy-wise, as a one-ton vehicle moving at 160 mph. These new capacitors “represent a new generation of pulse power, with an energy density of over a megajoule per cubic meter,” said Beutner. The capacitors, which store energy, are also able to recharge quickly enough in order to fire ten times in a per minute.

The entire point of the railgun is that it’s supposed to use the ship’s power, rather than rely on volatile fuel or gunpowder. But relying on ship power for a cannon that shoots Volkswagens can create huge fluctuations and power spikes. And the Navy wants future ships to power a lot of other things in addition to railguns, such as 150-kilowatt dronekilling lasers and powerful radar and electronic warfare systems. All of these pose “unique burdens on the power system,” Beutner said.

The capacitors, by storing more power in a smaller shell, even out the amount of power the ship’s generators have to produce, decreasing the possibility of a major electrical failure as a lasers, engine, railgun, and radar all (potentially) call for power at once. In this way, they serve not only as an energy store but also a sort of power adaptor.

That, in part, is why the new capacitors represent “an important scientific advance in terms of energy density in those capacitors. More importantly, that’s a size factor that will fit on both current combatants and future combatants,” said Beutner.